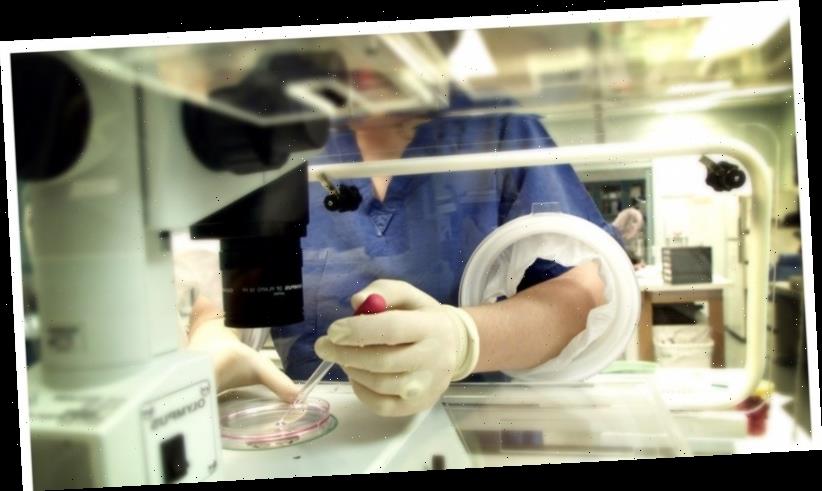 Almost 34,000 Australians withdrew more than half a billion dollars from their retirement accounts last year for medical treatments such as IVF, weight-loss surgery and dentistry, amid concerns from the superannuation industry about a surge in applicants taking money out early. 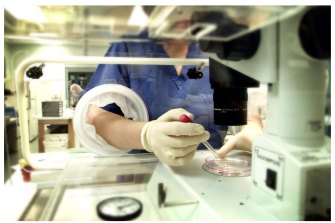 IVF procedures are one of the medical treatments on the rise.Credit:Craig Abraham

Applicants are able to ask the ATO to let them use money from their retirement to pay for various treatments, palliative care, home renovations for the disabled, funeral costs or to avoid foreclosure on their home under a scheme allowing superannuation to be accessed for compassionate reasons. This is separate to the COVID-19 superannuation scheme, which allowed struggling workers to withdraw up to $20,000 from their accounts during the pandemic, and is separate to financial hardship access managed by the funds themselves.

The ongoing rise in withdrawals has prompted concerns from major superannuation funds and lobby groups over the past two years which have recommended the government tightens the scheme and consider what support is available outside of retirement savings. But medical groups support access to the funds for those unable to cover the cost of necessary procedures.

The ATO was unable to provide a further breakdown of the exact reasons for the applications, nor any figures for this financial year, but bariatric surgery and fertility treatment are more common medical procedures Australians are turning to their retirement funds to afford. The scheme allows access to funds for treatments to help with chronic or acute pain or mental illness and IVF is typically within the category of alleviating mental suffering.

Access My Super, an intermediary business which handles applications for a fee, has seen a rise in IVF-related applications over the past two years as the procedure has become more common. Operational manager for the business Gina Aboultaif said there were strict guidelines patients had to follow and this can be “a strenuous process for patients going through what is already an emotional and stressful period”.

“We acknowledge the importance of super for one’s retirement and we often find that patients have exhausted all other means of gaining the funding they need before they turn to super,” she said. “This is often the case for IVF patients where time is of essence and gaining the treatment they need for starting or continuing their treatment, is so important.” She had also seen a rise in requests for dental treatment, which can cost more than $50,000.

While Medicare covers some of the cost of fertility treatments, typically there is still an out of pocket cost which can run into the thousands of dollars but it depends on the specific procedures, healthcare cover and the amount the doctor charges. The ATO will not approve applications where the treatment is easily available through the public health system.

A spokeswoman for My Super Care, another intermediary business, said the early access program “changes people’s lives” but the process was stringent. She said procedures and surgeries applied for varied from $15,000 to $70,000 depending on the type of treatment and the client’s health insurance.

The Royal Australian and New Zealand College of Obstetricians and Gynaecologists made a submission into a Treasury review of early access schemes in 2018 saying IVF access was typically requested “in response to mental health disturbance … mental illness is higher in infertility patients especially stress and depression”. A spokesman for RANZCOG said the organisation recognised there were circumstances when someone may choose to access their super for medical care. “The circumstances of each person are unique and this precludes blanket recommendations.”

During the review, major funds like AustralianSuper supported early release “only in very limited circumstances” and said funds should “generally be more difficult to obtain”.

“A significant uptick in the applications and approvals for early access to superannuation for specific physical or mental health conditions should act as a signal to government that the healthcare needs of the Australian population are not being adequately served by Australia’s healthcare system,” the funds’ submission said. The fund also warned about a possible increase in intermediaries targeting vulnerable people.

The Financial Services Council’s submission told the review a factor behind the rise could be more advertising of services facilitating early access to super to pay for weight loss, IVF and “cosmetic enhancements purported to alleviate chronic medical problems”.

Superannuation Minister Jane Hume said the early release of superannuation on compassionate grounds is “an important long standing program available in very limited circumstances and where strict eligibility criteria are met”. The federal government is considering the Treasury review but has not yet responded.

The ATO accepts applications under the compassionate early access scheme for those needing funds to pay for medical treatment or transport, accommodating a disability, palliative care for a terminal illness, funeral expenses for your dependent or preventing foreclosure or forced sale of your home.

The treatment cannot be readily available through the public health system and the applicant cannot reasonable afford the costs outside their super, such as through loans, existing savings or selling investments.