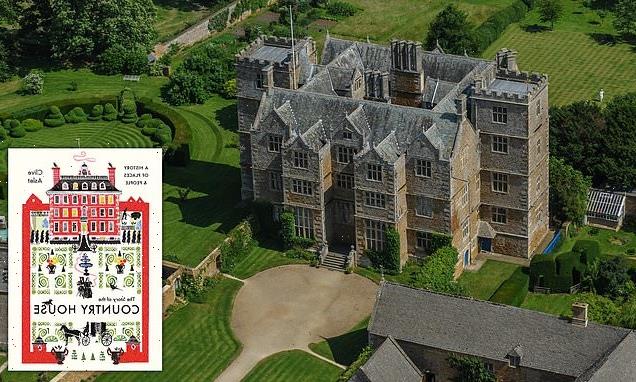 Author explores Britain's architecture throughout time in a new book

THE STORY OF THE COUNTRY HOUSE

In 1732 the future Marquess of Rockingham held a party at his country seat, Wentworth Woodhouse in Yorkshire, for close to a thousand people, treating them to 225 different dishes.

At the beginning of the next century, William Beckford, reputedly the richest commoner in England, added a 300 ft tower to his home, Fonthill Abbey in Wiltshire. The door of his tower alone was 35 ft high and Beckford employed a dwarf as his doorman to emphasise its scale.

Tales of such excess and eccentricity pepper Clive Aslet’s book, but it’s also a wonderful survey of the architectural splendours of the British country house. 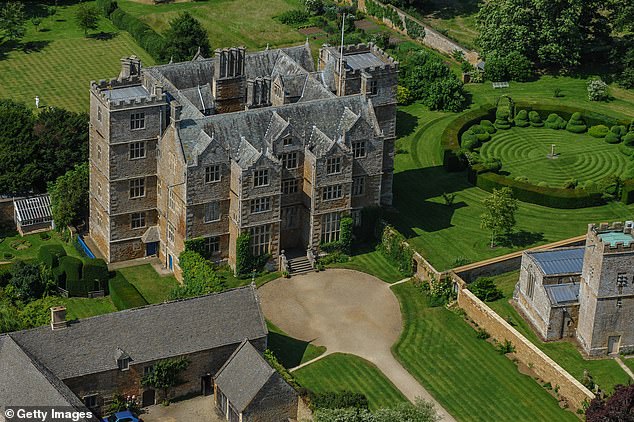 Clive Aslet’s book is a survey of the architectural splendours of the British country house. Pictured: Chastleton House in Oxfordshire

Beginning with medieval manor houses, Aslet unfolds a history which moves through the centuries to end with The New House, the aptly named creation of architect John Outram, finished in 1986 and described by one critic as ‘probably the best house built since the war’.

Many brilliant architects — often with a robust sense of their own importance — are at the heart of the story. Walter Jones, who built Chastleton House in Oxfordshire in the early 17th century, fabricated his pedigree to show his descent from Brutus, the legendary Trojan and supposed first king of Britain.

Inigo Jones (no relation) was described as ‘an extremely vain man and very boastful’. He was also one of the great geniuses of the Stuart period, responsible for the Banqueting House in Whitehall and the Queen’s House, Greenwich.

Inigo had been one of the first English architects to travel abroad and draw inspiration from the buildings he saw there. Others followed him to the continent.

Sir John Vanbrugh had the unfortunate experience of spending several years in French prisons, accused of espionage, but his designs for Castle Howard and Blenheim Palace show European influence.

Later in the 18th century, Robert Adam was sometimes known as ‘Bob the Roman’, so devoted was he to the classical buildings he had studied on his travels.

These were also the years when the landscape gardener Lancelot ‘Capability’ Brown, so called because he could see the ‘capability’ for improvement in country-house estates, was at work. By the time of his death in 1783, he had worked on nearly 150 of them. 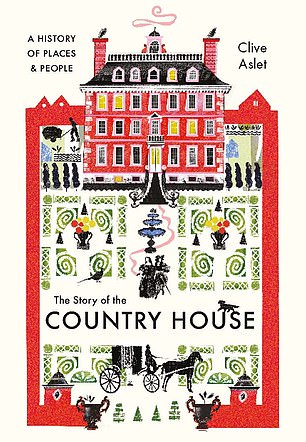 If the 18th century was one golden age for the country house, Aslet places another in the years between 1890 and 1914 when Edwin Lutyens joined forces with Gertrude Jekyll, ‘a daunting, myopic garden designer, shaped like a cottage loaf’.

Lutyens called her Aunt Bumps and together they created dozens of country houses.

The country house ideal was still alive in the 1930s when the Prince of Wales, later Edward VIII, asked his father for the 18th-century folly, Fort Belvedere in Windsor Great Park. There, Aslet tell us, ‘he could smoke, relax, and . . . throw gramophone records about the place, to see if they really lived up to their manufacturer’s claim of being unbreakable’.

It was at Fort Belvedere that Wallis Simpson stayed and where Edward signed his abdication papers in 1936.

The post-war years were not kind to the English country house, but Aslet has watched its renaissance in recent decades. The pages of Country Life bulge with desirable properties. New ones are being built. The tradition he celebrates so richly in this book still thrives.

Mike Ashley exclusive: It's not all about money, I could've taken a higher offer but this was best for Newcastle
Recent Posts