The British newspaper the Guardian published a report detailing allegations from 20 women who had professional relationships with Clarke. They reportedly accused Clarke of forced kissing, groping, professional misconduct, sexual harassment through unsolicited lewd messages, bullying and secretly filming naked auditions from 2004 to 2019.

In a statement to the Guardian, Clarke denied the allegations. “In a 20-year career, I have put inclusivity and diversity at the forefront of my work and never had a complaint made against me,” Clarke said. “If anyone who has worked with me has ever felt uncomfortable or disrespected, I sincerely apologise. I vehemently deny any sexual misconduct or wrongdoing and intend to defend myself against these false allegations.”

Ten women across the television and film industry were quoted by name in the Guardian article, accusing Clarke of intimidation, trying to force unwanted kisses, sending intimate and unwanted photos of himself and using his influence in the film world to pressure women into nude situations, with seven additional women remained anonymous, accusing Clarke of unwanted sexual harassment, contact, or bullying. His lawyers sent the publication a 29-page letter denying all but one allegation, where he agrees he had a “heated discussion” with an anonymous female script supervisor but later apologized.

Clarke and his legal representatives did not immediately respond to CBS News’ request for comment.

Clarke is best known for his role as Mickey in the “Doctor Who” series but has worked in recent years on “The Hood” and police dramas “Bulletproof” and “Viewpoint.” He was awarded the BAFTA’s Outstanding British Contribution to Cinema prize in March.

After the Guardian published the story detailing the allegations, BAFTA said they “immediately suspended the award and Noel Clarke’s membership of BAFTA until further notice. ” In the days following Clarke’s award, the charity received emails reporting allegations against Clarke but said they were either anonymous or told through intermediaries, without specific details. BAFTA said this prevented them from taking action.

“Had the victims gone on record as they have with The Guardian, the award would have been suspended immediately. Noel Clarke’s counsel received a legal notice to this effect. It was always very clear what our intentions would be,” BAFTA’s statement said. 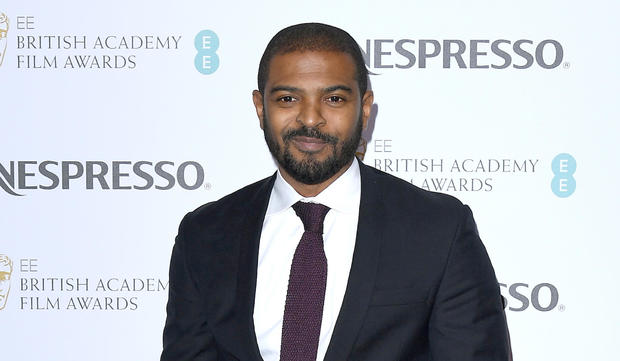 Actor Ashley Walters, who co-starred with Clarke in the British television series “Bulletproof,” said he was “in shock and deeply saddened” by the allegations against Clarke.

“I could never condone behavior of this nature neither in nor out of the workplace and whilst Noel has been a friend and colleague for several years, I cannot standby and ignore these allegations,” Walters said in a statement Friday.

British actress Michaela Coel, who has been praised for her show “I May Destroy You” and how it tackled mental health and sexual assault, also offered her support to the women who came forward.

“I am here to offer great support for the 20 brave women who have come forward; those who have shared their identities with us, but also those who have preferred to use an alias; the mental hurdles a black woman must overcome to do such a thing as reveal their identity within a narrative of rape abuse or bullying at the hands of someone within our own community can sometimes be too much,” Coel said.