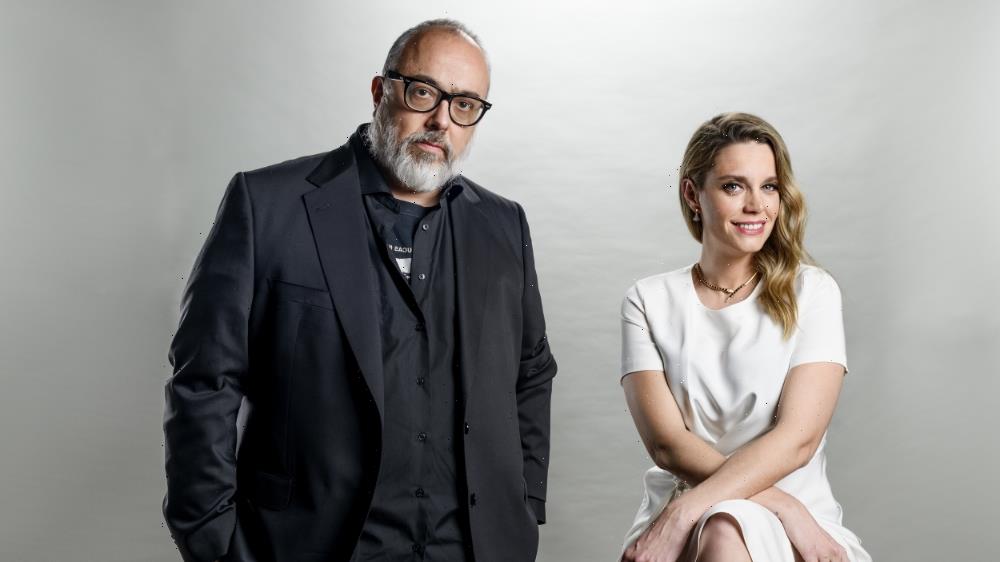 Banijay Iberia has struck a strategic partnership with Alex de la Iglesia which will see the high-profile Spanish writer-director and his partner at Pokeespsie Films, actor-producer Carolina Bang, create high-end original series and fiction for Banijay.

Pokeepsie Films credits include HBO Max hit “30 Coins,” co-written and directed by De La Iglesia. It is believed that the deal involves Banijay Iberia taking an equity investment in Pokeepsie.

No details of new projects are given. The deal, however, certainly sees Banijay Iberia, best known for its entertainment shows in Spain, reinforce still further its fiction output potential.

De la Iglesia is one of Spain’s biggest broad audience auteurs whose second feature, 1995’s “The Day of the Beast,” proved a milestone in Spanish cinema through its at the time groundbreaking comedic mix of classic horror tropes and a bathetic Spanish reality. Since then, De la Iglesia has gone on to make some of the biggest movie titles in Spain, such as “Balada Triste,” (“The Last Circus”), which won a Venice Festival best director Silver Lion from a Quentin Tarantino-headed jury in 2010.

A year earlier, with Bang, he launched Madrid-based production house Pokeepsie Films, which has proved a talent hub for a new generation of horror/fantasy creators such as Eduardo Casanova with 2017’s Skins (Pieles) and Paul Urkijo with Errementari, released the same year.

Made for then HBO España, and renewed for a second season, De la Iglesia’s horror comedy series “30 Coins” has proved one of the best received of early originals from HBO in Europe, playing to acclaim in and outside Spain.

She went on: “In adding this brilliant duo to our creative network in Spain and Portugal, we further boost our offering in the region and cement our position as a home where talent can be creatively free and subsequently, at their best artistically.”

“It is an honour to have been recognised by a prolific international group like Banijay, who respects and values our efforts. We like fantasy and horror, fiction, entertainment, and creative freedom,” Álex de la Iglesia and Carolina Bang commented..

For Marco Bassetti, CEO, Banijay, “In Pokeepsie Films, we have not only discovered great talent, but a genuinely unique creative proposition.”

He added: “Successfully breaking into the fantasy, thriller, and horror space, they have fostered an incredibly strong standing in the market and built an impressive client base that spans the world. Critically acclaimed, and with a constantly evolving portfolio, they are a great partner for our group and will be hugely valuable in strengthening our scripted position in the Iberian market and across the globe.”

The 4 common drugs you should NEVER drink alcohol on revealed

What I Rent: Sara and Oliver, £1,055 a month for a one-bedroom flat in Hove
Recent Posts