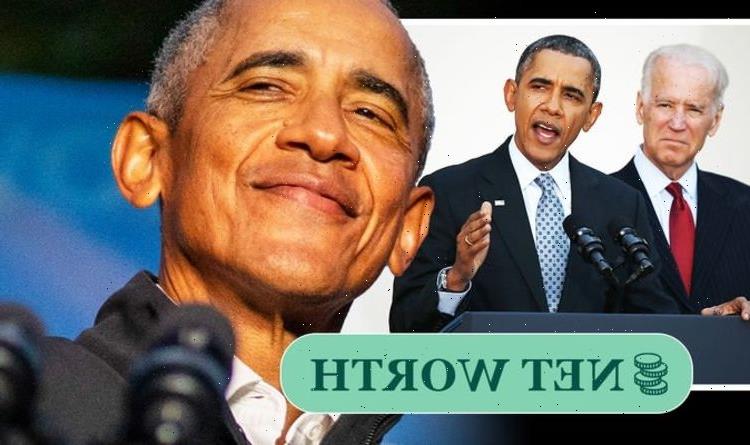 As well as being the youngest living American president, Barack made world history when he became the first black president of the US.

Although – like all politicians – the public had mixed opinions about him, Barack was sworn in as president for two terms, from 2009 to 2017.

How much money has he made over the years as president, lawyer, and even author?

Barack has a huge net worth of $70million, according to International Business Times.

It’s an impressive sum that’s currently equivalent to around £50.8million.

But, according to The New York Post, the former president’s net worth is even higher – at $135million (£97.1million).

Before Barack entered the White House, he and his wife were still wealthy, having made their fortunes as lawyers.

According to International Business Times, the Obamas entered the White House with a net worth of around $1.3million (£940,000) in 2008.

Since leaving office, Barack has received a yearly six-figure pension, and he has also made millions from speaking engagements and his best-selling books.

As for his books, his latest memoir, A Promised Land, was published in November 2020 and sold almost 890,000 copies within 24 hours of its release.

He has also written The Audacity of Hope, Of Thee I Sing: A Letter to My Daughters, and Dreams From My Father.

Barack’s production deal with Netflix is another reason behind his large fortune.

In 2018, he and Michelle signed a deal with the giant streaming platform worth a huge $50million (£36million), according to The New York Post.

Since leaving office Barack has spoken at events and engagements, continuing to so when he is given the opportunity.

Over the years, the Obamas have used their money to pay for their daughters’ college education and for family holidays.

They have also donated huge sums to charity.

Barack was born in Honolulu, Hawaii, and went on to study at Columbia University and later Harvard Law School.

After graduating he became a civil rights attorney and an academic, before turning to the US Senate and, finally, the White House.