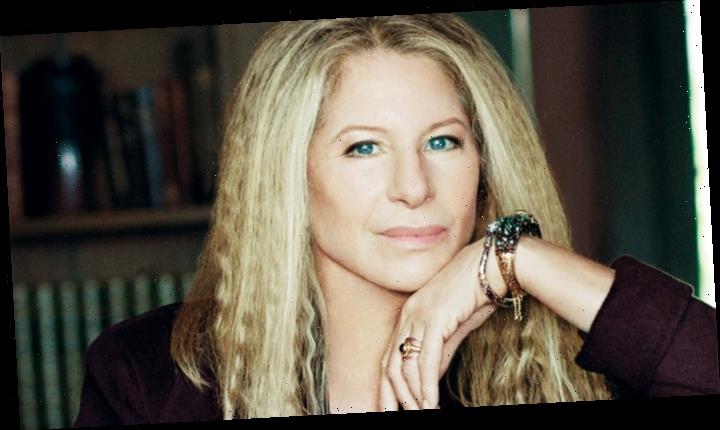 Barbra Streisand on Why Trump Must Be Defeated in 2020 (Column)

Yes, Mr. Trump, let’s make America great again. But first, get one thing straight: America was great — before you were elected.

Every morning I wake up, holding my breath while I turn on my phone to see the latest news. I think to myself, “It can’t be worse than yesterday.” But when the news loads, I think, “Ohhhhh, yes, it is worse”… now he’s fired the director of national intelligence in an effort to suppress the truth about Russia interfering in our elections again. He’s purging the government of anyone with any expertise who doesn’t bow down before him.

By the way, why has Mitch McConnell blocked 10 election security bills?

No wonder doctors report that more people than ever are anxious and depressed. Since 2016, we’ve been dragged down into the mud of Trump’s swamp. He has demolished our standing in the world with his laughable boasts and breathtaking ignorance. He has put the security of this country, and our planet, in a precarious position by abandoning the Paris climate accord and the Iran nuclear deal. He’s a one-man weapon of mass destruction … so reckless that he almost started a war.

Now we’re facing another kind of war, against the coronavirus. Trump got rid of our pandemic specialist two years ago and has defunded the Centers for Disease Control because he continues to ignore science.

We can’t go on like this. It’s too dangerous.

We should have known from the beginning, when Trump fired James Comey for refusing to pledge loyalty to him, as if he were a king. But in America, we pledge allegiance to the flag, not one particular person. And the president swears to uphold the Constitution, which sets out the rules of law that every citizen, even the president, must obey.

But Trump thinks the rules don’t apply to him. He, and his appointees, have set a whole new level of misconduct. His recent spree of pardons looks like a transparent attempt to normalize his own corruption and pave the way for pardoning his cronies, who have lied for him. (He fires people who obey the law and tell the truth.)

That’s Trump’s world. It’s a place of paranoia, hypocrisy and lies, so many lies (16,000 and counting). He says he will protect people with preexisting conditions in his State of the Union address, while he supports a lawsuit that will strip away those protections. He says we have the cleanest air and water, but what he doesn’t say is that he’s rolling back the regulations that keep it that way. Someone should tell him you can have a good economy and still be good to the planet. But Trump doesn’t listen, and therefore he doesn’t learn.

As a candidate, he said he would never leave the White House to play golf, but now he shamelessly spends taxpayer money ($130 million and counting) for his constant trips on Air Force One to play at his own resorts, while Obama used to take a car to a nearby naval base to play golf. And Trump is even profiting off the Secret Service by charging exorbitant prices for their golf carts and rooms.

Trump can never live up to Obama’s legacy, so he’s trying to erase it. He inherited a growing economy and now claims credit for it, saying it’s the best in history … but that’s another lie. In fact, the GDP, job growth and the S&P 500 all rose faster under Obama. Meanwhile Trump, with his tax cuts for corporations and the very wealthy, has basically doubled the budget deficit to more than a trillion dollars — unprecedented in a time of prosperity. And he’s on track to add another 50% to the national debt, the fastest dollar increase in history. (That’s a pattern. Republicans leave it to Democrats to clean up their mess.)

Trump is a man who has never once taken responsibility for his own actions, preferring to blame others when he’s at fault. Even impeachment hasn’t humbled him, because thanks to his Republican enablers, he has escaped accountability once again.

Every day, he takes another swipe at the pillars of our democracy, but we cannot allow him to irrevocably change this country.The “beacon of hope” that is America could be extinguished if he’s given another four years.

In this upcoming election, we must bring back dignity and grace. We must care about the facts, the planet, each other and the least fortunate among us.

We need a new America, without pollution, without obscenities, without insults, without revenge. We need to restore the nobility of truth … and only then will America be great again.