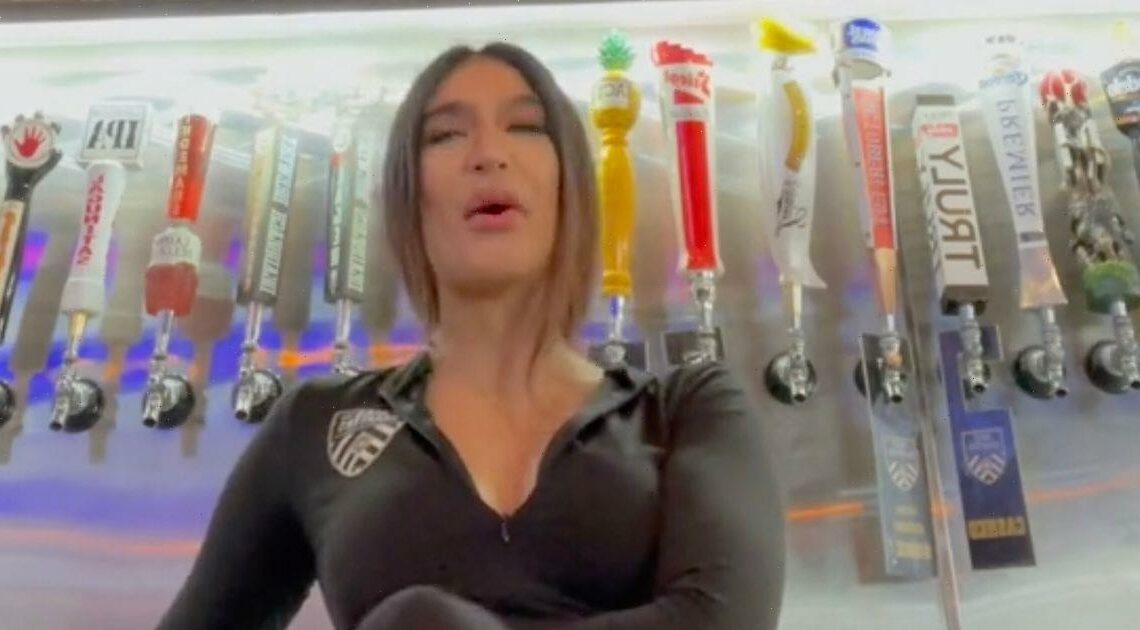 Sign up for Daily Star Hot Topics newsletter for the most exciting real life, fashion and sex tips HOT off the press

A bartender was left feeling uneasy when a crude customer asked to see her feet.

Kayla Elick, from US, shared a video of the encounter on TikTok to warn women about creepy men.

The clip, taken while she was on her morning shift on Thursday (November 4), shows her leaning on the bar table as she waits to serve the customers at around 10am.

A man can be heard asking her: "Can I see your feet just once?"

With the loud music playing in the background, Kayla asks him: "My what?"

"Your feet," the man repeats and Kayla looks down, mumbling: "My feet?!"

Feeling cringed-out by the moment, she lifts her leg up.

Another man then chimes in: "No, those are shoes. He wants to see your feet."

Kayla then puts down her leg and tells them: "I'm not pulling out my feet!"

She later explained in the comments under her post: "It was 10am.

"By the way I only started recording because I was already feeling uncomfortable and there was nobody else working at the bar besides me."

Some viewers were enraged after watching the video and suggested they could assist if Kayla needed help.

One said: "Let me know if you need me to pull up on them."

A second wrote: "I can tell how uncomfortable you were just for the smirk you gave when you looked at the camera."

A third added: "I never understand why people are into feet." Last week, a woman recorded the moment she was verbally harassed by a man while she was working out in a gym.

Chelsie Gleason was working on her upper arm when a man approached her and started pointing fingers at her and whispering at her ears.

She bravely stepped up to defend herself, asking the man to step back and not to go close to her.

For more stories from the Daily Star, sign up to one of our newsletters here.

Finally, A Hair Oil That Doesn't Weigh My Hair Down
Recent Posts