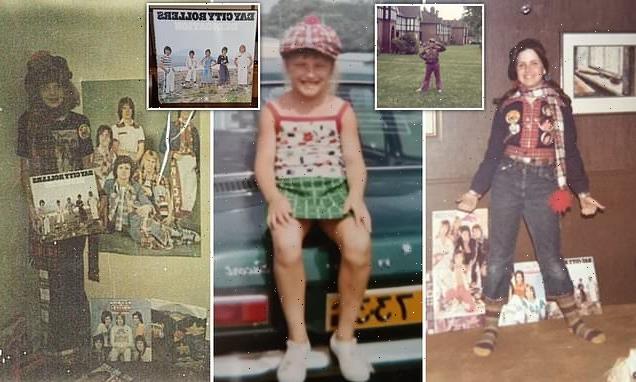 Bay City Rollers fans have shared photos of their tartan accessories and childhood records as they said goodbye to frontman Les McKeown following his death at the age of 65.

Most of them fell in love with the Rollers as young girls, declaring their allegiance by incorporating the group’s tartan outfits, half-mast trousers and stripey socks into their own wardrobes.

Over the last 24 hours they have dusted off their old LPs and dipped into the photo album as they reminisced over Rollermania on Twitter. 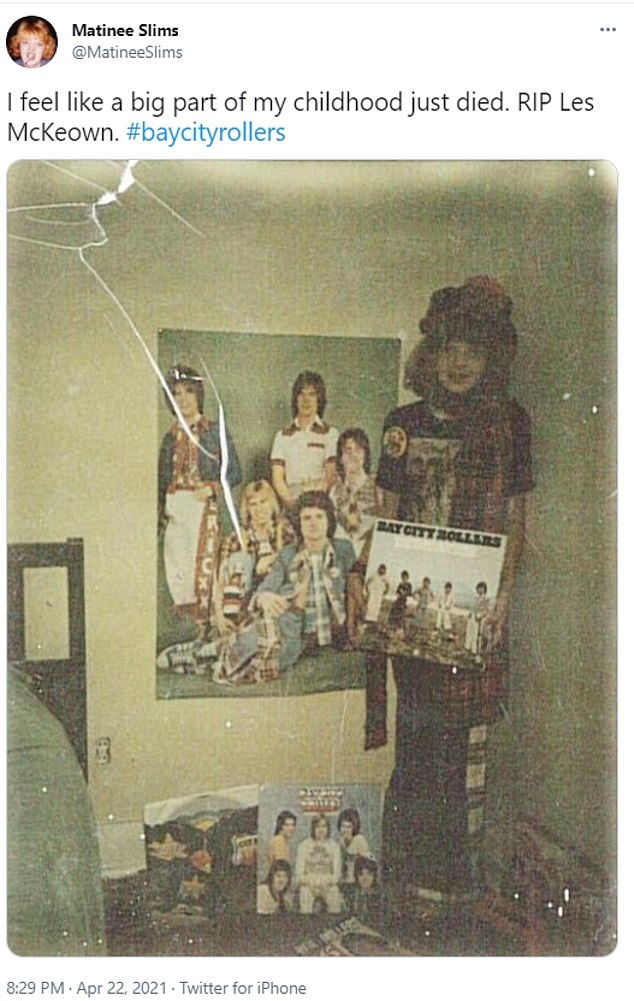 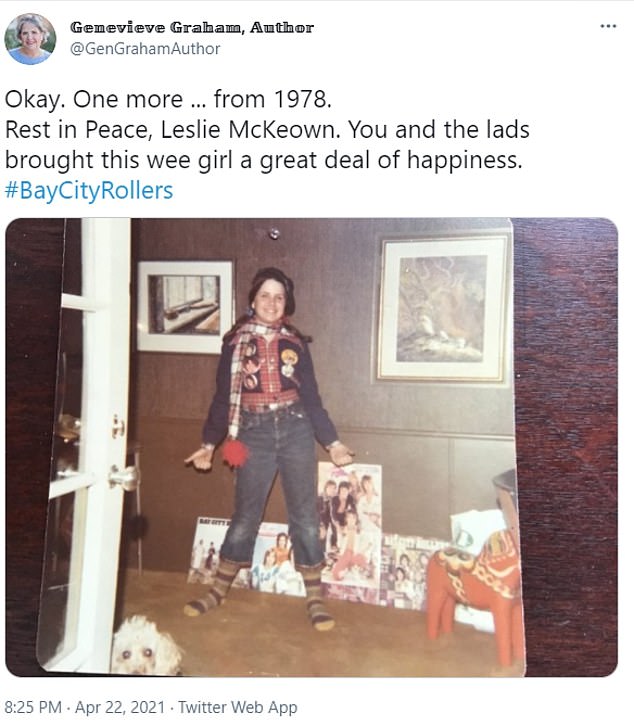 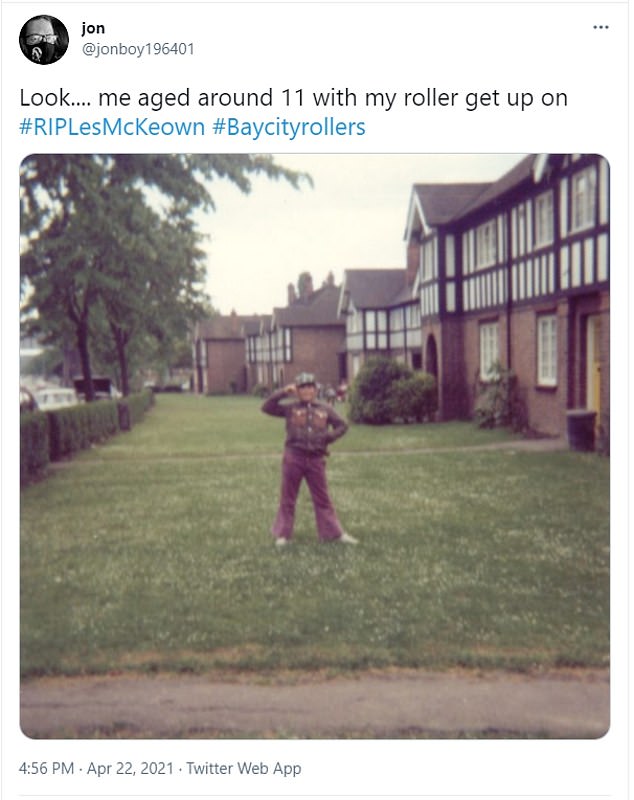 Some social media users have paid touching tributes to McKeown, describing him as their ‘first love’.

One tweeted: ‘OMG! I cannot believe it Loudly crying face I am heartbroken at the news that Les has died Broken heart He was our “hearthrob” our first love, our “popstar in sunglasses” Oh Les, how we’re all going to miss you.’

Another wrote: ‘So very sad to hear that Les Mckeown has died he was my first love/crush since I was 17 RIP Leslie.’

The Bay City Rollers were one of the first boy-bands, a classic of the genre whose appeal and success – including two No 1 hits in America – was immense. 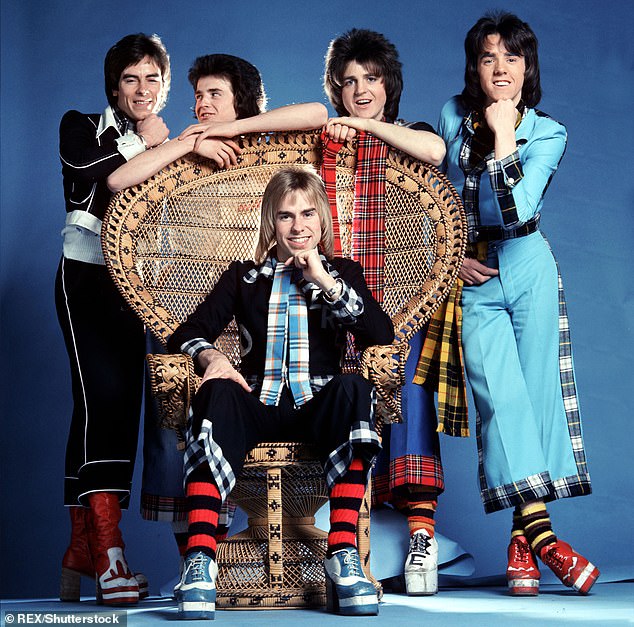 The Bay City Rollers were one of the first boy-bands, a classic of the genre whose appeal and success – including two No 1 hits in America – was immense. Pictured, Alan Longmuir, Les McKeown, Eric Faulkner, Stuart Wood and Derek Longmuir (seated) in 1975 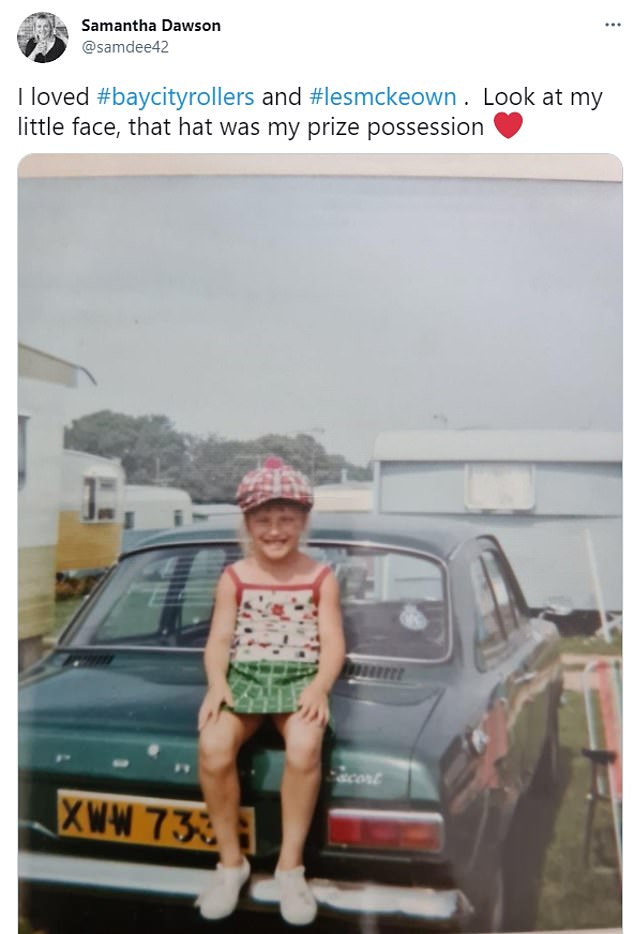 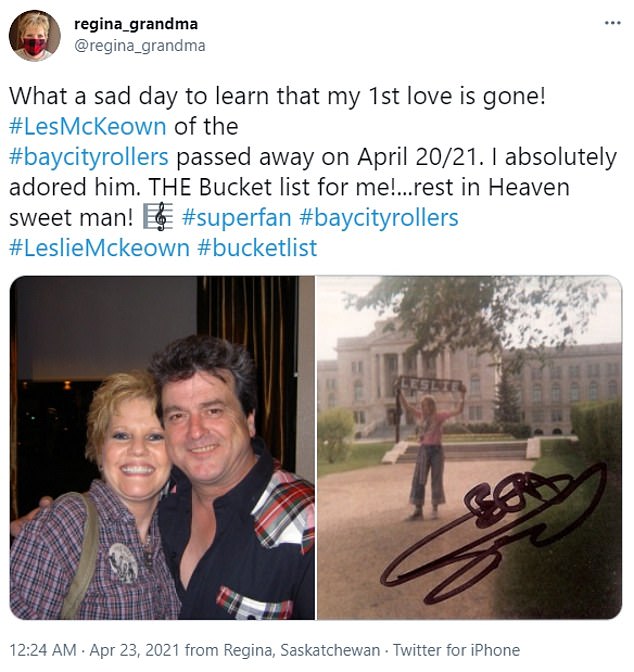 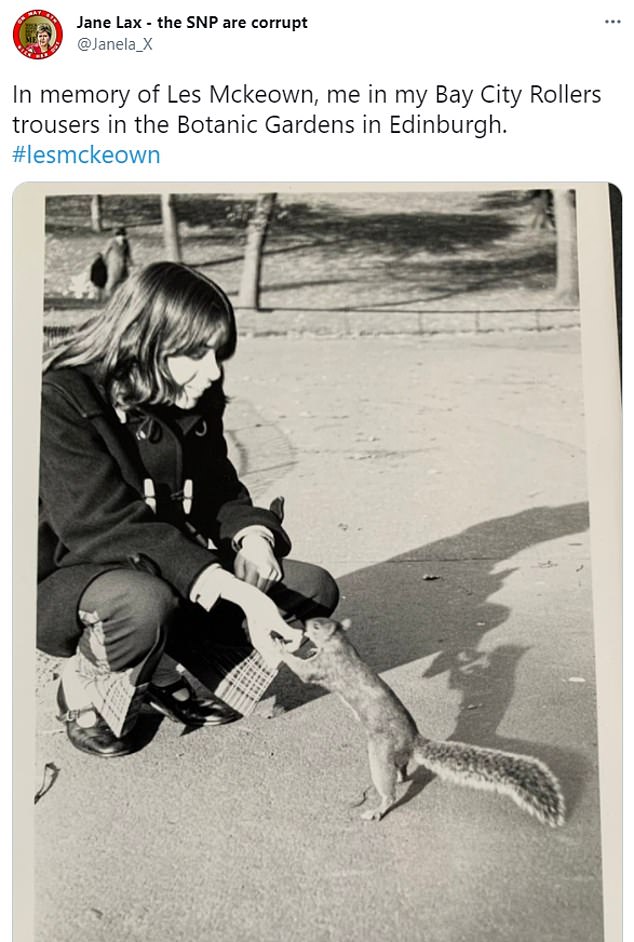 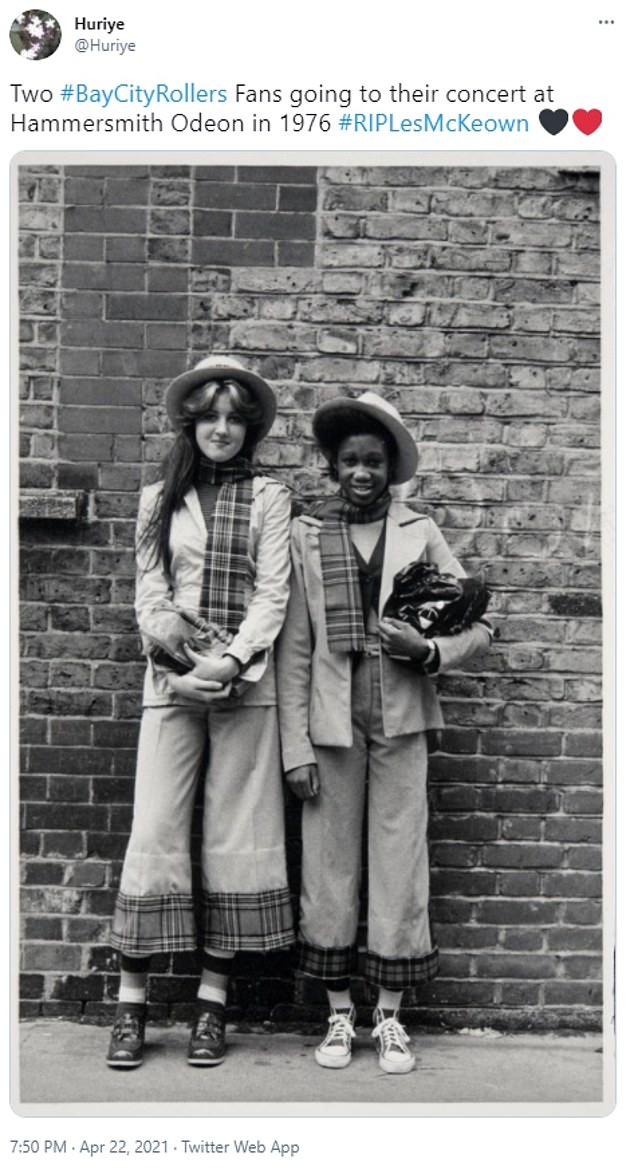 Rollermania: Over the last 24 hours fans have dusted off their old LPs and dipped into the photo album as they reminisced over Rollermania, which took hold in the 1970s

A bunch of bantam-weight, working-class kids from Edinburgh, they burst on to the scene and performed to crowds of screaming fans.

They achieved worldwide success with songs including Bye Bye Baby, I Only Wanna Be With You and Shang-a-Lang before parting ways in the early 1980s after a number of changes to the original line-up. 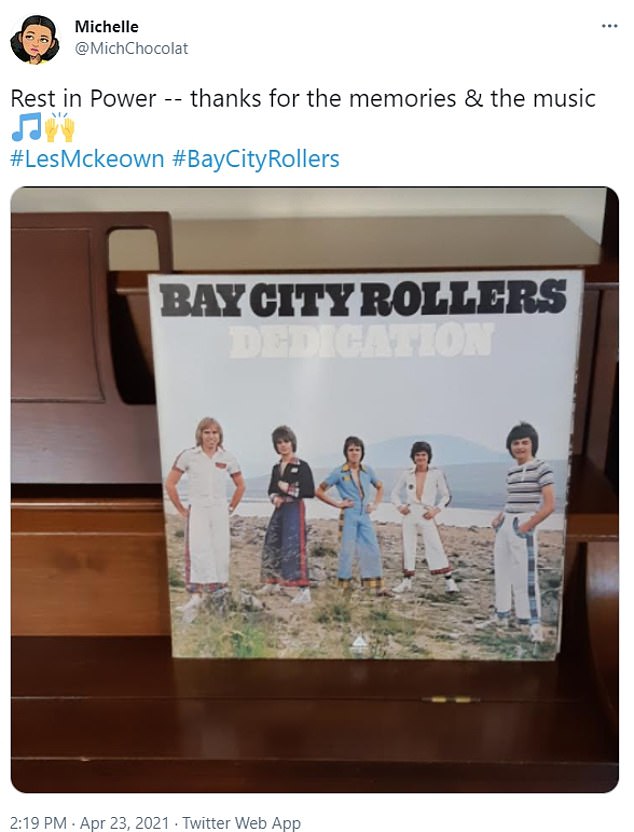 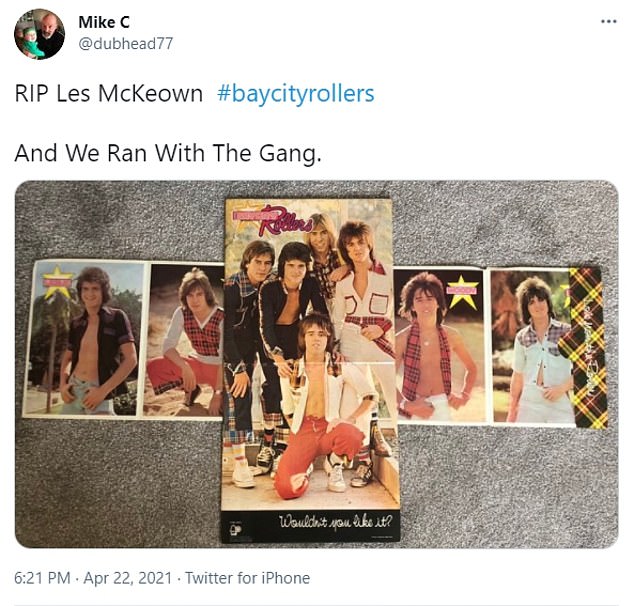 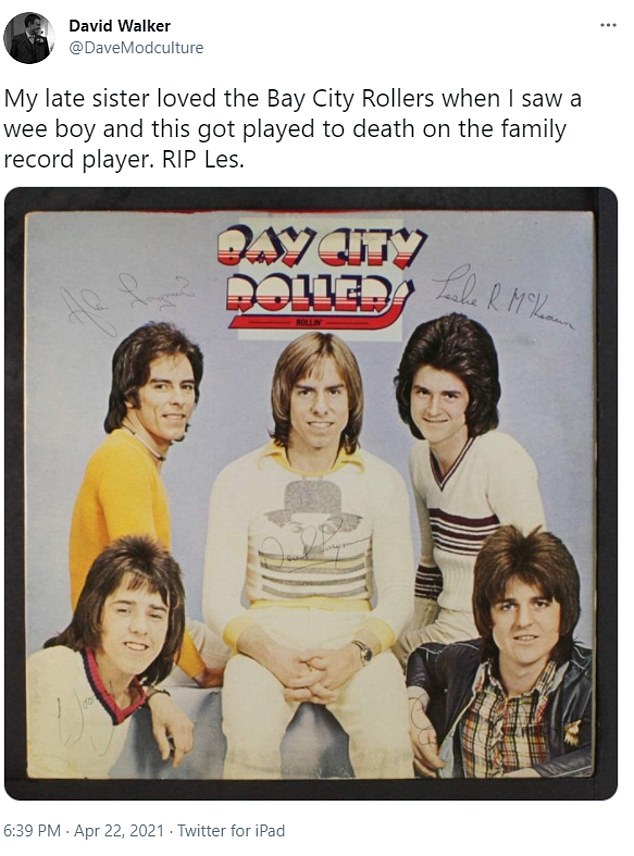 The fifth, ‘original Roller’ Alan Longmuir, died in 2018 after contracting a mystery virus on holiday in Mexico.

Some fans have told how they feel ‘lucky’ to have seen McKeown, Longmuir and Wood during their short-lived reunion in 2015 and 2016.

The trio performed to seas of tartan, with some of their original fans bringing their own children along to the gigs. 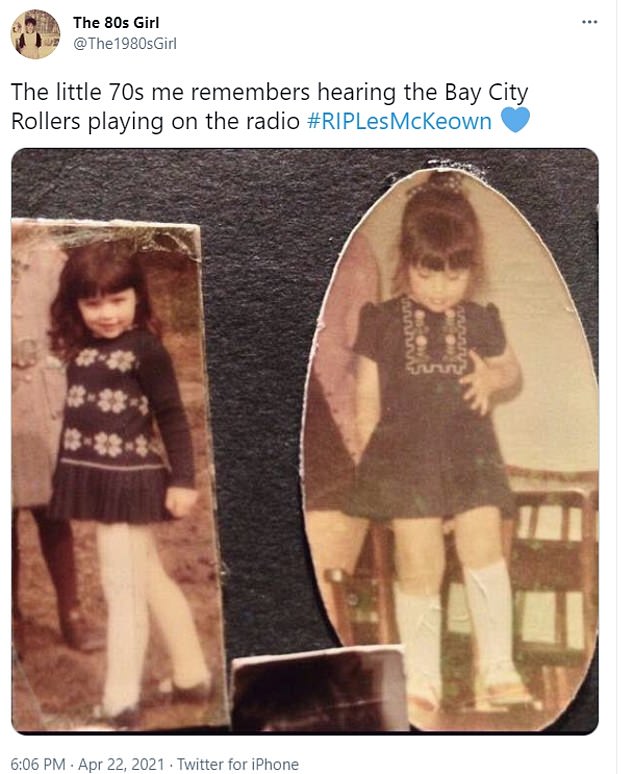 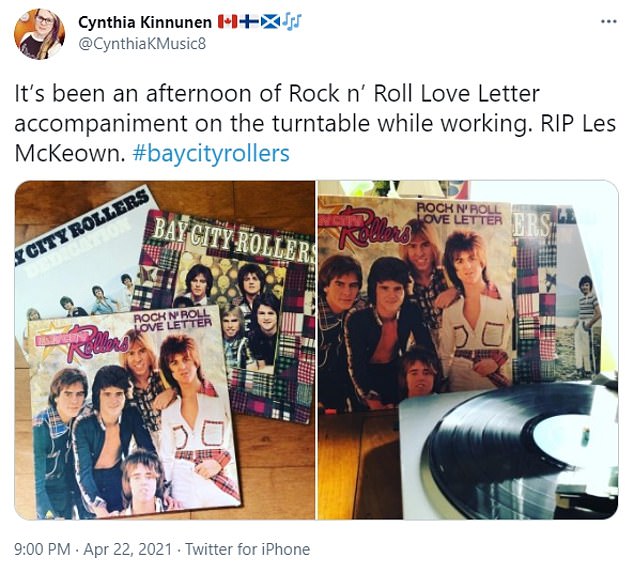 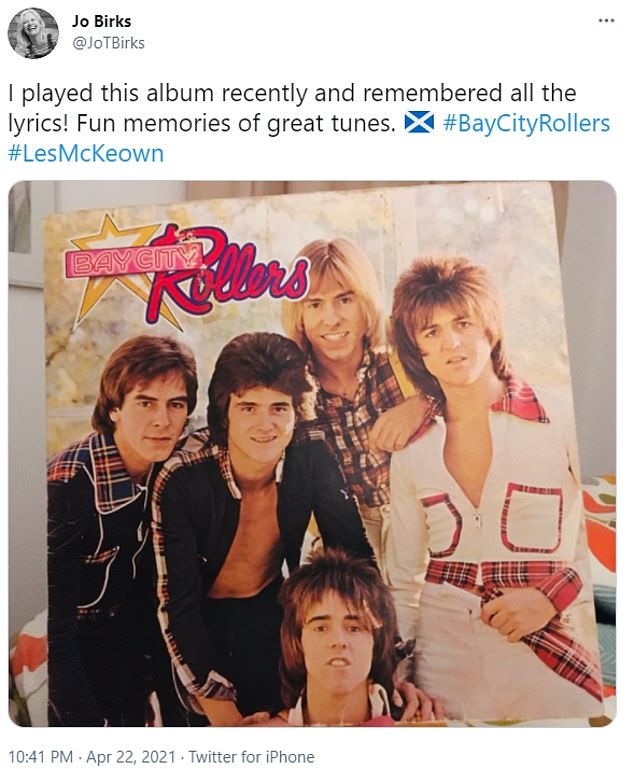