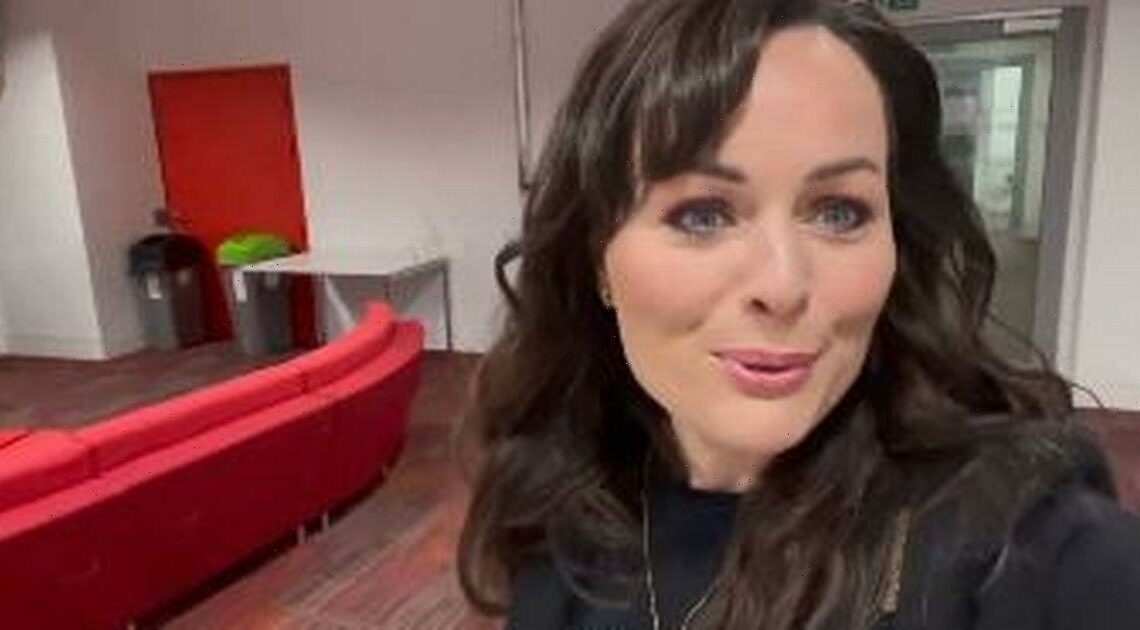 Victoria Valentine donned a glam outfit for a good cause while heading to work at the BBC on Friday (November 4).

Rather than wear a band t-shirt, Victoria opted for a poignant statement as she donned Deborah James' Rebellious Hope motif shirt in collaboration with In The Style.

Victoria cut a chic figure as she paired the black tee with a black blazer and gold necklace.

Posting to Twitter, Victoria explained her reasoning behind wearing the Rebellious Hope tee.

She said: "Good morning, it is Friday which means it is BBC 6 Music's annual t-shirt day so they are getting everyone to wear their favourite band t-shirts today.

"I'm wearing a t-shirt made by Deborah James and I'm doing it because she was a remarkable woman and the news agenda at the moment is just so hideous, I feel like this is what we need.

"We need rebellious hope, don't we?

"So I'm doing this for Deborah James."

Requesting the song Don't Rain On My Parade as a "great song to get us in the mood for the weekend", she also added in a caption: "Morning!! Happy @BBC6Music #TShirtDay.

"Today I’m not with the band, I’m with @bowelbabe @bowelcanceruk

"The news at the moment is just grim. What we need is what Deborah always showed; rebellious hope. A fighting spirit."

The late star featured regularly on ITV's Lorraine and was also a presenter of the popular podcast You, Me and the Big C alongside Rachel Bland – who passed in 2018.

While dying, Deborah raised millions of pounds with her Bowelbabe fund and posthumously released the book, how to live when you could be dead.