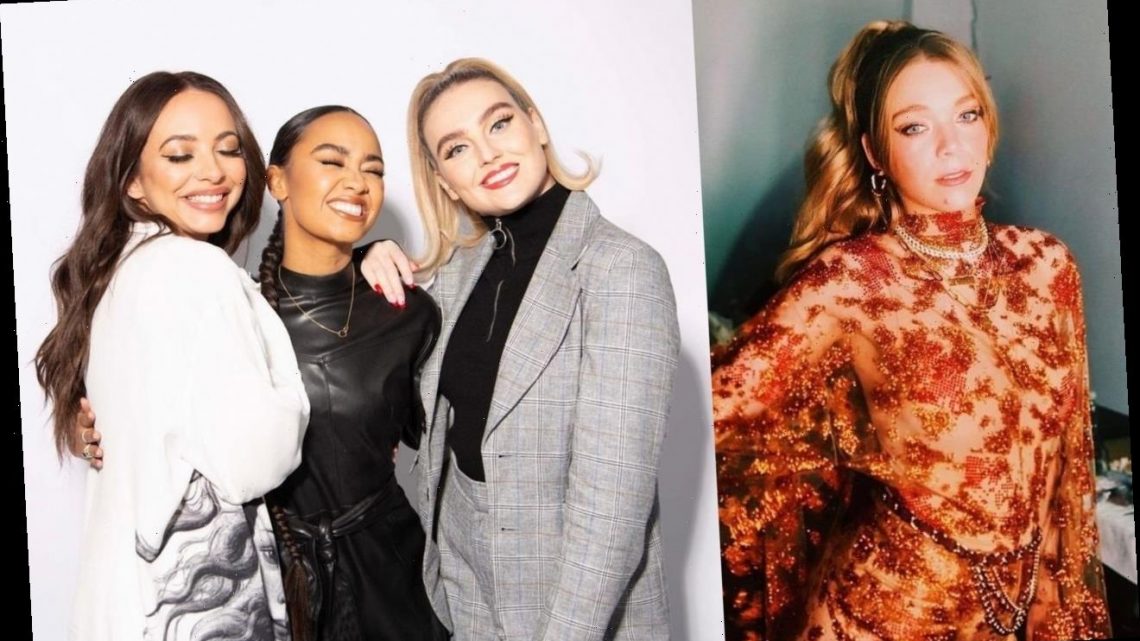 The former contestant of ‘The Voice UK’ would love to make music with Little Mix after Leigh-Anne Pinnock reached out to her for collaboration following Jesy Nelson’s exit.

AceShowbiz –Little Mix have approached Becky Hill about collaborating on a dance track.

The “No Time for Tears” hitmakers worked with DJ Nathan Dawe on the track last year (20), and now it seems the trio – comprised of Perrie Edwards, Leigh-Anne Pinnock, and Jade Thirlwall – are keen to work on more songs in the genre.

“I’ve had a couple of sessions with those girls, I absolutely love them. I would love to be the fourth member,” Becky told Britain’s The Sun newspaper. “Leigh-Anne messaged me on Instagram saying, ‘We really want to write a dance song together,’ but I was in recovery after having vocal surgery at the beginning of this year so I couldn’t actually make that happen.”

“But it is something that I’m still very, very open to once I’m back writing music again.”

Becky, 27, recently started singing again, and she’s glad to be on the mend.

“I need to recover my voice. I started singing at the end of last month,” the “Gecko (Overdrive)” singer continued. “I’ve got my first proper singing session after having surgery, by choice, at the beginning of this year.”

Little Mix have been working on new music as a three-piece after the departure of Jesy Nelson, who announced in December she was leaving because of the impact being in the band was having on her mental health.

And it was confirmed this month that she’s set to launch a solo career under the label YMU, whose clients already include Take That, Steve Aoki, Ant and Dec, and Fearne Cotton.

In a statement, the 29-year-old star said, “I am so excited to join YMU and can’t wait to start my next chapter.”