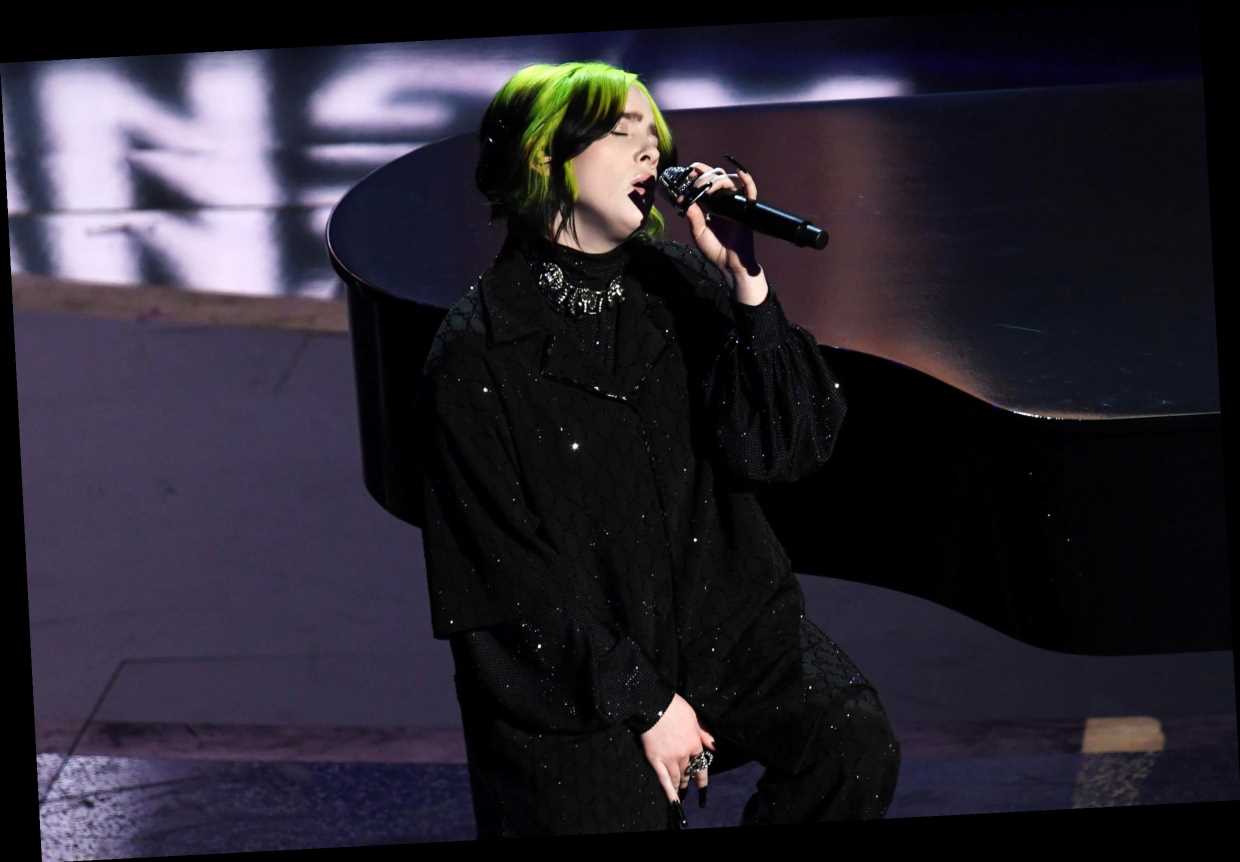 Billie Eilish kicked off the North American leg of her Where Do We Go? World Tour on Monday night at the American Airlines Arena in Miami.

Prior to performing “All the Good Girls Go to Hell,” the 18-year-old singer appeared in a video interlude in which she addressed her experiences with body shaming.

“The body I was born with, is it not what you wanted?” Eilish asked in a voiceover as she was shown stripping off her layers of clothing down to a bra. “If what I wear is comfortable, I am not a woman. If I shed the layers, I am a slut.”

In a fan video, above, you can hear Eilish’s young fans at the show cheering her on as she continues: “If I wear more, if I wear less, who decides what that makes me? What that means? Is my value based only on your perception? Or is your opinion of me not my responsibility?”

Eilish has previously talked about her decision to wear baggy clothing onstage and in public appearances in an effort to avoid objectification. “Nobody can have an opinion because they haven’t seen what’s underneath,” she stated in a Calvin Klein ad last year. “Nobody can be like, ‘she’s slim-thick,’ ‘she’s not slim-thick,’ ‘she’s got a flat ass,’ ‘she’s got a fat ass.’ No one can say any of that because they don’t know.”

Eilish’s North American tour continues through June before she continues the trek in Europe.

Is This What Worried Disney About the Lizzie McGuire Revival?