A mental glow up! Blake Moynes had a whirlwind two years following back-to-back Bachelorette appearances, one engagement and a tumultuous, public breakup. Now, he’s looking back at his self-progress as he rings in the New Year.

“Not going to the extent of saying ‘new year, new me,’ More a ‘same me, but with new chances, feels & starts,’ Moynes, 31, captioned a shirtless Instagram selfie on Saturday, January 1, while wearing a new pair of glasses. “Thankful for all the lessons, growth and support in 2021. Wishing the best for you all in 2022! It’s going to be a really good one. I can feel it.” 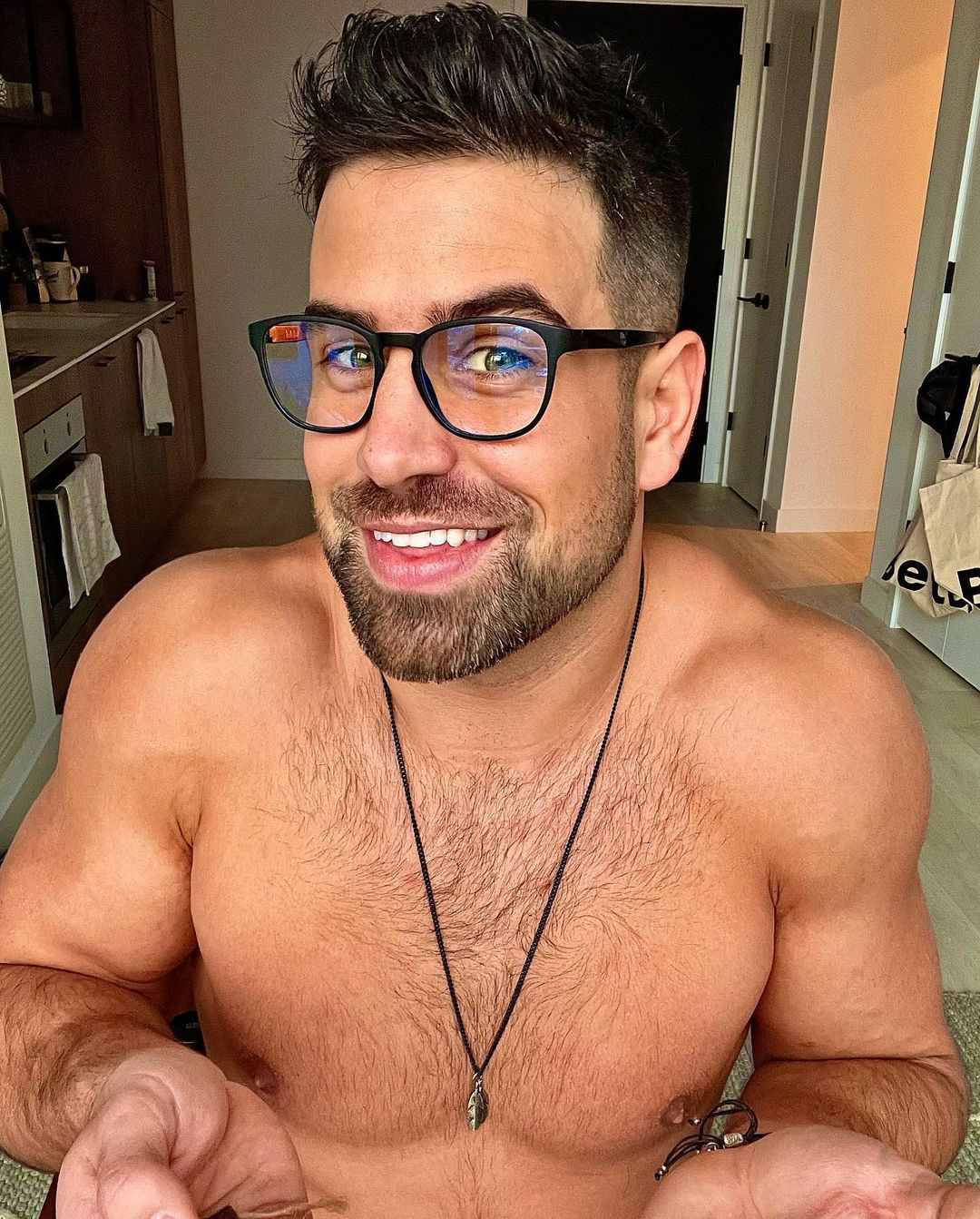 After the wildlife manager’s brief appearance on season 16 of The Bachelorette, he returned to the franchise last year to meet Katie Thurston during season 17. After his late arrival, the pair got engaged during the August 2021 finale. However, they ended up breaking up less than three months later.

“It is with mutual love and respect that we have decided to go our separate ways. We are so grateful for the moments we shared together and the entire journey that has unfolded this year, but we ultimately have concluded that we are not compatible as life partners, and it is the most caring choice for both of us to move forward independently,” the exes shared via Instagram in October 2021. “We ask for kindness and privacy as we both navigate this transition. Both of us will forever want the best for one another and ask you to please support us in our decision.”

Since their breakup, the 30-year-old former bank marketing manager moved on with fellow season 17 alum John Hersey. However, Moynes claimed that he wasn’t given a heads up about the California residents’ burgeoning romance and even alleged that his ex-fiancée emotionally cheated on him before their split. (Hersey, 27, publicly denied these claims via a lengthy Reddit letter.)

“I really don’t think there was any physical cheating there, but there [was] clearly emotional [cheating] for it to transition as quickly as it did. I feel stupid and foolish for allowing it to happen, to some degree,” Moynes said during a November 2021 episode of the “Talking It Out With Bachelor Nation” podcast. “I don’t know if it was partially me too, like, was she emotionally cheating to some degree because I wasn’t able to provide something with words of affirmation, which I know I struggle with sometimes. I try to stand by having no regrets, but it is instances like this where you really start to fight yourself with having no regrets just with the way things played out.”

Following the split, the Mowgli Moynes Fund founder teased that he is ready to dip his toe back into the dating scene but noted that roses are not in his future.

“Starting to like the city life! 🏙 Hey, I’m alllll for people coming to say hi! But let’s leave the roses out of it – those things just stress me out now lolll 🥀 ,” Moynes wrote via Instagram in December 2021.