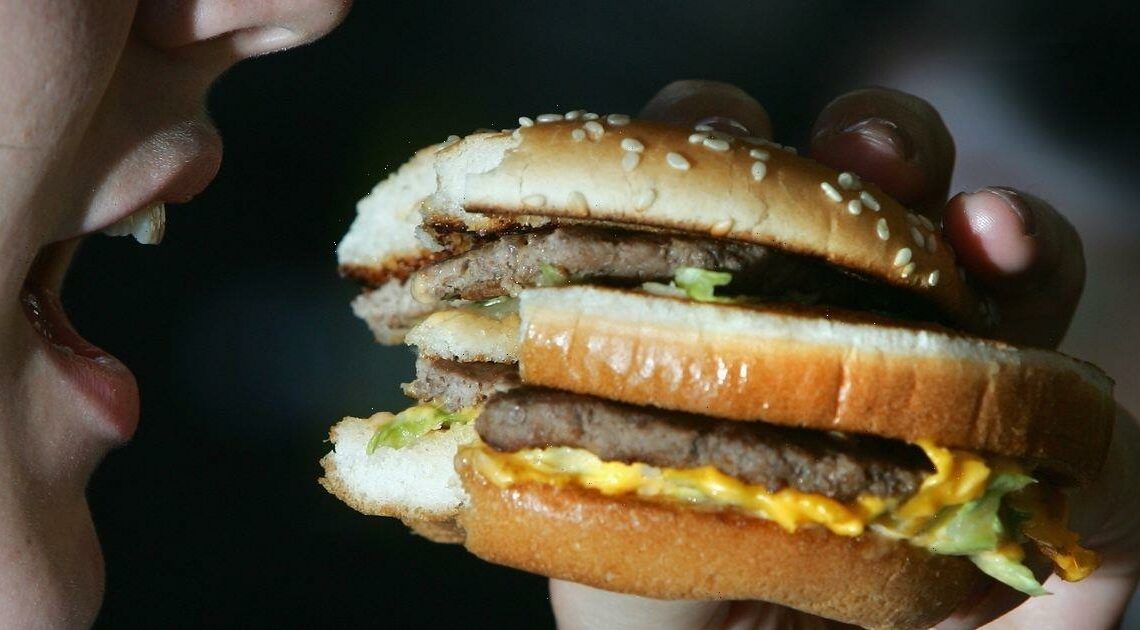 A bloke has taken it upon himself to air fry a Big Mac for two hours purely to see what happens – and the result is truly terrifying.

The classic bite from McDonald’s is known for its legendary burger sauce and its three bun structure.

But now a foodie has put it to the test – by seeing how long it can endure a run in an air fryer.

Whacking up the temperature to 300 degrees Fahrenheit, the man put the burger in the appliance and put a timer on for one hour to begin with.

Documenting the experiment on Twitter under the username @Klobstar, many people quickly became invested. The post has now racked up 189,000 likes.

The first 10 minutes elapsed but the burger seemed untouched apart from a light toast on top of the bun.

The Twitter user said: “I sense I’ll be learning more about bread science than hamburger science.”

But, the heat from the air fryer quickly kicked in as the burger was already rock hard in 20 minutes.

In a clip, the bloke revealed the severity of the hardness by bashing the top with a spatula.

And after half an hour – the fryer was not doing the greasy food any justice.

He said: “The smell is pretty strange, but not overpowering, strong ketchup/sauce smell that’s described as “not great”.”

With only 10 minutes passing since the last check in, the scent of the burger seemed to get a lot more potent.

“The smell. It has become worse. It is strangely sweet smelling, with a hint of fire", the foodie said.

Unfortunately, the aroma of the Big Mac continued to overpower the house at the 50 minute mark.

The thread continues: “Oh god the smell in the last few minutes has become thick, it’s vaguely tomato-ey and I can smell it across the house.

“Air fryer is working, but I fear I may be buying a new one when my wife finds out.”

As the burger hit the halfway mark, it appeared not to have changed much apart from being “a bit darker, a lot harder".

The burger lover claimed: “The inside remains nearly untouched”

But the bloke may have spoken too soon, as the inside of the burger started to wilt in the last hour.

He added: “The cheese has become the consistency and colour of cheap peanut butter, and is bubbling oil.

“It has reached the texture of plastic, and the smell is best described as “hot ketchup” I am confident I will have to go past 2 hours for any real results.

“It now strongly smells like fire, and my wife has opened all the windows and the front door.”

With only 30 minutes to go, the food scientist had to whisk the experiment outside due to the “demonic” stench of the burger.

As the burger sizzled away in the air fryer outside, he considered carrying out his findings for longer.

He said: “10 minutes remain, and I am seriously considering an extra hour without the bun, which seems to be such good insulation it may overtake that delicious pink stuff in houses as two hours comes to a close, I am astounded that this is for sure still edible.”

After deciding to stop the experiment after two hours, the Twitter user surprisingly found that the inside was still mostly unaltered.

He said: “It appears the inside of the hamburger is relatively untouched, and is very soft. Smells somewhat like homemade meatloaf.”

He decided to cut into the burger and consume the well cooked food.

“It was terrible, absolutely disgusting”, the bloke voiced.

But despite the scathing review, the bloke still rewarded the charred burger a “7/10 stars.”

However, the Big Mac enthusiast may be regretting his scientific experiment.

He added: “It’s been about 30 minutes since I ate a bite of the hamburger, it is not agreeing with my stomach. I may have made a mistake.”