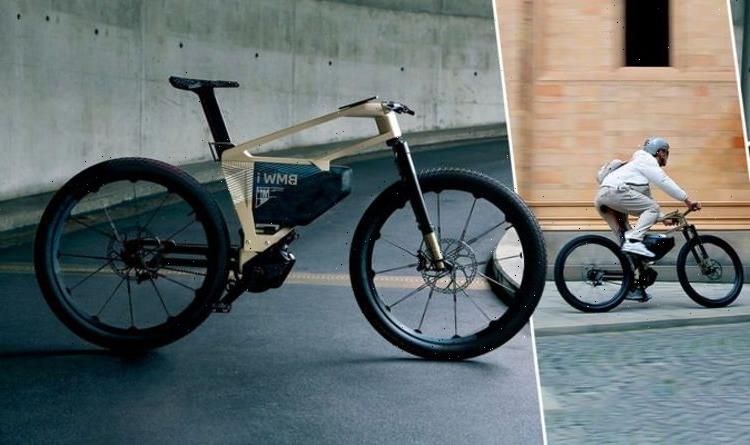 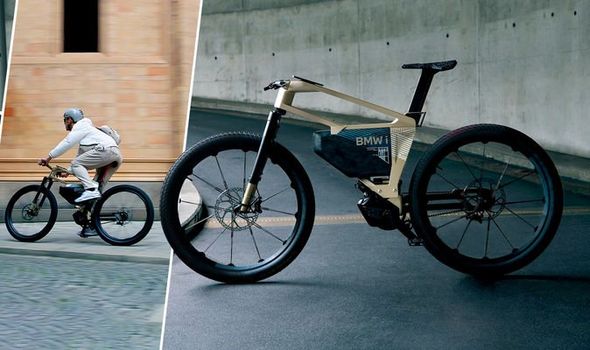 BMW has taken the wraps off an electric bike at the IAA Mobility show in Munich, Germany. Dubbed the i Vision AMBY, the new design doesn’t have a lot in common with most of the electric bikes you’ll find in your local shop. The futuristic frame uses suspension components you’d expect to see on a high-end mountain bike. The rear wheel is held on with a single arm, rather than the usual two.

BMW has carefully hidden away all of the cables needed for the electronics and brakes, resulting in an incredibly clean look. The mammoth battery pack takes up a huge portion of the frame, but there’s a good reason for its ginormous size.

According to BMW, this chunky 2,000 Wh battery means you’ll be able to travel distances of 186-miles (300km) between charges in the lowest power mode. Of course, that vast range will drop if you decide you want a little more speed under your saddle.

When it comes to sheer performance, the giant battery comes in handy too. BMW says a companion smartphone app will allow riders to pick between the European road legal 25 km/h (15.5 mph) speed limit, a speed-pedelec mode that tops-out 45 km/h (28 mph), and a new high-speed-pedelec mode that will let you cruise up to 60 km/h (37 mph).

Of course, you’ll need to either be on private property to take advantage of these eye-watering speeds, or register the bike and get a special license plate to race around on public roads in anything other than the slowest speed setting.

During its presentation in Munich, BMW even suggested that a future update could allow GPS data to automatically switch between these modes – so your bike will be limited to the 15.5mph top speed on every electric bike sold in the UK when you’re cruising through the city centre, with speeds increasing as you turn onto a larger road.

It’s worth noting that the i Vision AMBY isn’t an electric motorbike in disguise. This is definitely a bike. Even at the 37 mph top speeds, you’ll still need to turn the pedals. That’s because there’s no throttle on the handlebars, so you’ll need to use the pedals to achieve and maintain your speed.

BMW has also fitted the handlebars with an integrated LED lightbar to keep the road illuminated. There’s another LED fitted into the seat post, so you’ll be easily visible to other road users. Hydraulic disk brakes should help keep your speeds under control… even at the ridiculous highs possible on this monster bike.

There’s no word on pricing, but we’d expect the i Vision AMBY to command a pretty hefty price tag when it launches.

Of course, BMW is also reliant on the law changing around electric bikes. Speaking about the 37 mph top speed possible on the highest power setting, a spokesperson for BMW clarified: “In the absence of any existing legal framework for a vehicle of this kind with a modular speed concept, the AMBY Vision Vehicles set out to prompt the introduction of such legislation and, by consequence, developments of this nature.”

Seven red flags you shouldn't ignore when you're dating