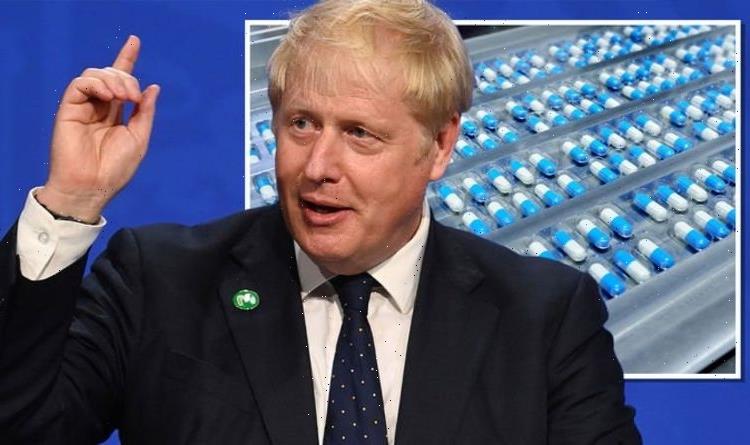 Brexit: EU rules 'out of the question' for UK says Menon

The proposed cuts of 20 to 25 percent would see hundreds of jobs slashed at the MHRA, which regulates drugs and medical equipment in the country. Trade unions have rallied against the budget cuts, warning some 300 staff at the 1,200-strong agency would get the sack. Prime Minister Boris Johnson has also been told cuts to the MHRA threaten to destabilise the UK’s status as a world leader in medical regulation.

The warning comes amid the Government’s controversial decision to hike National Insurance to cover the cost of social care – see if your MP voted in favour here.

At least five trade unions have rallied against the decision to cut the MHRA budget, including Prospect and Unite.

In an open letter penned to Health Secretary Sajid Javid, unionists warned the decision will see fewer staff “asked to cover more ground with fewer resources, all while operating under a pay freeze”.

The unions also warned the UK risks seeing long delays in the approval of new medicines and the MHRA could be “reduced to effectively ‘rubber stamping’ EU regulatory decisions”.

Mike Clancy, president of the Prospect Union, told PMLiVE: “If you want to lead the world it takes investment.

“The UK’s place as a world leader in medical regulation and our ambitions to be a ‘science superpower’ will be severely damaged if the government doesn’t prevent this loss of talented staff who have done so much for the country in recent months.”

The decision to cut the MHRA’s budget has been attributed to the fallout caused by Brexit.

Following Britain’s historic departure from the European Union, the European Medicines Agency (EMA) moved its headquarters from London to Amsterdam.

And as a result of Brexit, the MHRA has lost millions of pounds in European funding.

Senior members of the MHRA expressed their concerns about the “emerging narrative” surrounding the agency’s future earlier this summer.

However, the MHRA is yet to reveal where exactly the budget cuts are going to hit.

The agency assured decisions are being made to save on operating costs as well as training and redeploying staff within the agency.

Earlier this year the MHRA said future losses will affect various jobs across the agency.

Staff were told at a July meeting the agency is in dire need of patching a £15million deficit.

However, the agency remained confident Britain’s status as a “world-class regulator” is not at risk.

An MHRA spokesperson said: “This transformation is in response to four challenges: the UK exiting Europe (with a consequent reduction in the fee income we receive); our role in enabling the Life Sciences strategy; the recent Cumberlege review which recommended that we focus on patients in all our activities; and financial pressures.

“We will continue to be a world-class regulator that delivers the right outcomes for patients, while we modernise the services we provide to industry, and remain financially stable.”

And yet, in the face of the Covid pandemic, Mr Clancy argued it would be unwise to slash the budget of such a critical agency.

He said: “Recent months have taught us the value of having a world-class medical regulator that is able to respond quickly to emerging health challenges.

“It would be reckless to put this at risk by imposing such severe staffing cuts on the organisation.”

Under temporary rules, the MHRA will partially align with EU regulation until June 24 on the sale of certain medical technology.