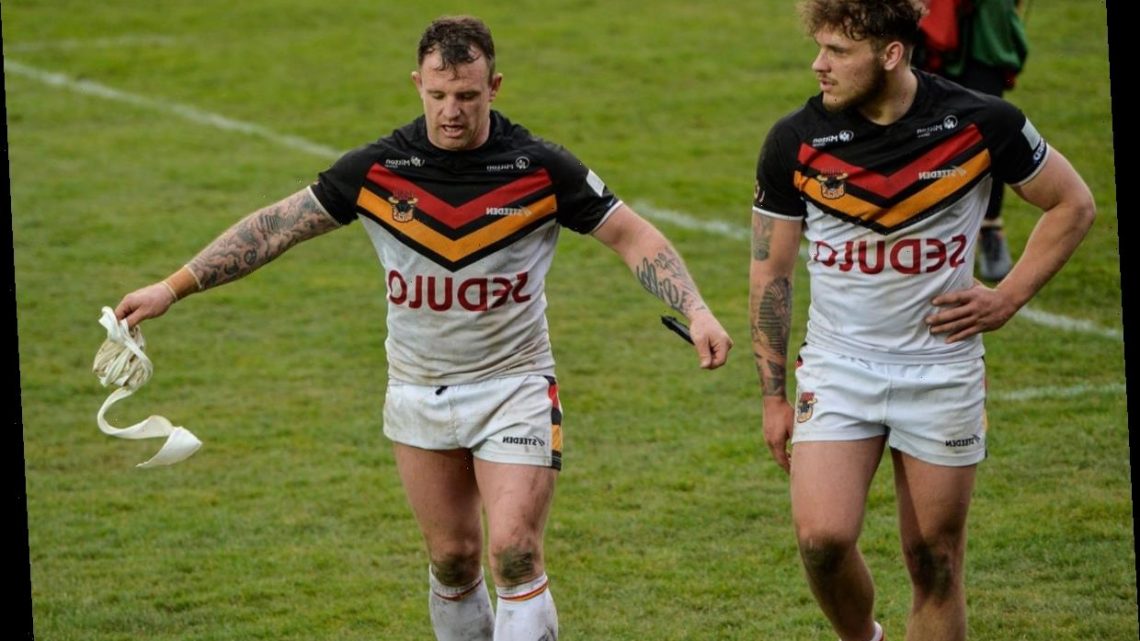 George Flanagan has been suspended for 10 matches

George Flanagan has been suspended for 10 matches and fined £250 after being found guilty of “attacking an opponent’s testicles”.

The Rugby Football League confirmed the news surrounding the incident that occurred in the 32nd minute of Bulls’ Challenge Cup second-round loss to Featherstone Rovers on 21 March.

The ban has been escalated from eight games for his first infringement of this nature back in August 2019, with Flanagan pleading not guilty to the charge.

He was handed a Grade F charge, which is the most serious grading open to the Rugby Football League’s match review panel, with eight matches the minimum ban.

Rugby league has had a number of unsavoury on-field incidents over the years.

Sam Burgess, who represented England in both rugby league and union and played in Australia’s National Rugby League, was banned for two weeks for a “squirrel tackle” in which he grabbed the testicles of opponent Will Chambers during a match in 2013.

Former NRL player John Hopoate was banned in 2001 and sacked by his club for inserting his fingers into an opposing player’s anus on more than one occasion.

'Zola': A Stripper Tells All in Trailer for Viral Twitter Thread-Turned-Movie