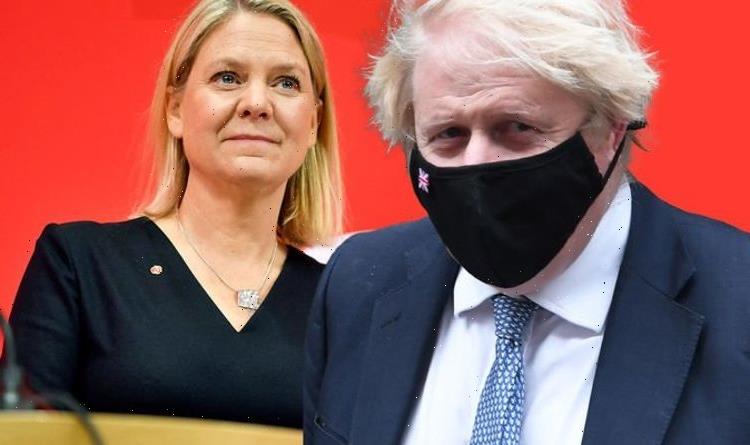 Sweden, which is in the EU, established its seventh international Office of Science and Innovation at its embassy in London last weekend. According to their press statement, the Swedish Science Office will “develop and strengthen collaboration between the UK and Sweden on issues linked to the Government’s life sciences strategy, its export and investment strategy, the Research and Innovation Bill, and the Government’s strategic partnership programmes.

Karl-Petter Thorwaldsson, Minister for Business, Industry and Innovation, said: “The London Office is an important and strategic initiative for a country like Sweden where export and innovation issues are of vital importance.

“Establishing the Office is an effective way to meet the objectives of Sweden’s life sciences strategy and is completely in line with efforts to help the Government’s partnership programmes achieve an international impact.”

Sweden has previously established Offices of Science and Innovation at its embassies in Brazil, New Delhi, Beijing, Seoul, Tokyo and Washington DC.

Minister for Education Anna Ekström said: “The new Office of Science and Innovation in the UK will help increase the international visibility of Swedish higher education institutions.

“This is important to maintain a high level of quality in research and strengthen Sweden as a research nation.”

The statement read: “The UK is a priority country for Sweden and an important partner in areas such as innovation and research, as well as a close ally on many trade policy issues.”

Annika Strandhäll, Minister for Climate and the Environment, noted the importance of climate science, saying: “We are in the midst of a climate-driven green industrial transition, and the UK is a strategically important partner in these efforts.

“The establishment of the London Office allows us to strengthen our relations and pursue more ambitious climate efforts.”

Since Brexit, the UK has been attracting more investment for science and technology from around the world, including nations in the European Union.

Last month, it was revealed that the Whiteknights campus of the University of Reading will host the new headquarters of the European Centre for Medium-Range Weather Forecasts (ECMWF).

The British university is set to become home to the largest cluster of weather and climate scientists in the world.

The ECMWF will build a new state of the art headquarters on the campus, making it one of the most important places in the world for climate research.

UK Science Minister George Freeman said: “UK scientists in the British Antarctic Survey discovered the hole in the ozone layer and we are now leading in the science of climate mitigation.”

However, the downsides here are that the Brexit Britain has not yet been able to participate in the European Union’s €95.5 billion Horizon Europe research and innovation programme.

The EU agreed to give the UK access to research programmes like Horizon Europe but its entry into the scheme has been delayed due to negotiations on the Northern Ireland Protocol.

Man, 39, jailed for campaign of terror against ex-partner 29