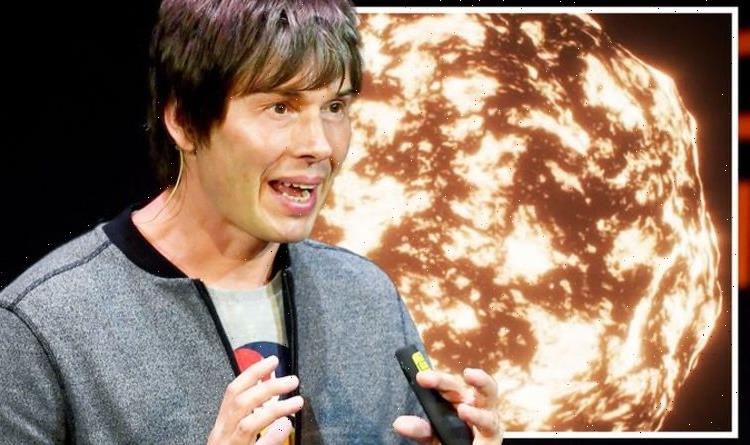 Brian Cox tells the 'creation story' of the universe

The physicist has transformed his field of science in the 21st century into something accessible to everyone. This month, he presented the cutting-edge series, ‘Universe: Where everything begins and ends’, in which he attempted to make sense of and lay bare the origins of our existence. To do this, Professor Cox embarked on a voyage searching for how the universe came to be, looking at the various space missions that have brought us closer to the answer, like the Hubble Space Telescope, which has offered scientists a look into the past.

The prevailing cosmological model explaining the existence of the observable universe from the earliest known periods through to today is known as the Big Bang.

Its early conception was suggested by a Belgian priest named Georges Lemaître in the 1920s.

He theorised that the universe began from a single primordial atom.

In the years since, scientists have built on Lemaître’s theory, something that is today widely accepted to be the event behind our origins.

But, according to Prof Cox, there was a time before the Big Bang; a time in which the universe did, in fact, exist.

Before this time there was no matter at all.

All that existed was space-time and an ocean of energy, almost still but gently rippling.

Prof Cox said we should picture this place as a “near-still ocean of energy, filling the void”.

While the place had no structures, the energy affected space and caused it to stretch — an “unimaginably violent expansion” known as inflation.

He said: “In the beginning there was an ocean of energy that drove a rapid expansion of space known as inflation.

“There were ripples in the ocean.

“As inflation ended, the ocean of energy was converted into matter by the Big Bang.

“And the pattern of the ripples was imprinted into our universe, as regions of slightly different density in the hydrogen and helium gas that formed shortly after the Big Bang.

“The denser regions of gas collapsed to form the first stars and the first galaxies.

“And nine billion years later, a new star formed in the Milky Way: the Sun.

“The star was joined by eight planets including Earth.

“And, nearly 13,8 billion years after it all began, we emerged, blinking into the light.”

Last year, Sir Roger Penrose argued a similar theory for the beginnings of the universe as he received his Nobel Prize for Physics.

Winning for his work proving that black holes exist, he said he had found six “warm” points in the sky, which he called “Hawking Points” after the late physicist Stephen Hawking, who theorised that black holes ‘leak’ radiation and eventually evaporate away entirely.

These points, he explained, were around eight times the diameter of the Moon.

The timescale for the evaporation of a black hole is on a huge scale, potentially longer than the age of our universe, making them impossible to detect.

But, Sir Roger believes that “dead” black holes from earlier universes or “aeons” are observable now.

If this is true, then Prof Hawkings’ theories and life’s work will be proved correct.

Sir Roger said: “I claim that there is observation of Hawking radiation.

“The Big Bang was not the beginning.

“There was something before the Big Bang and that something is what we will have in our future.

“We have a universe that expands and expands, and all mass decays away, and in this crazy theory of mine, that remote future becomes the Big Bang of another aeon.

“So our Big Bang began with something which was the remote future of a previous aeon and there would have been similar black holes evaporating away, via Hawking evaporation, and they would produce these points in the sky, that I call Hawking Points.

“We are seeing them. These points are about eight times the diameter of the Moon and are slightly warmed up regions.

“There is pretty good evidence for at least six of these points.”

While many physicists are warming to the idea, it remains a controversial line of thought within scientific circles.

However, many scientists do believe that the universe operates in a perpetual cycle in which it expands, then contracts in a Big Crunch before going through a Big Bang.