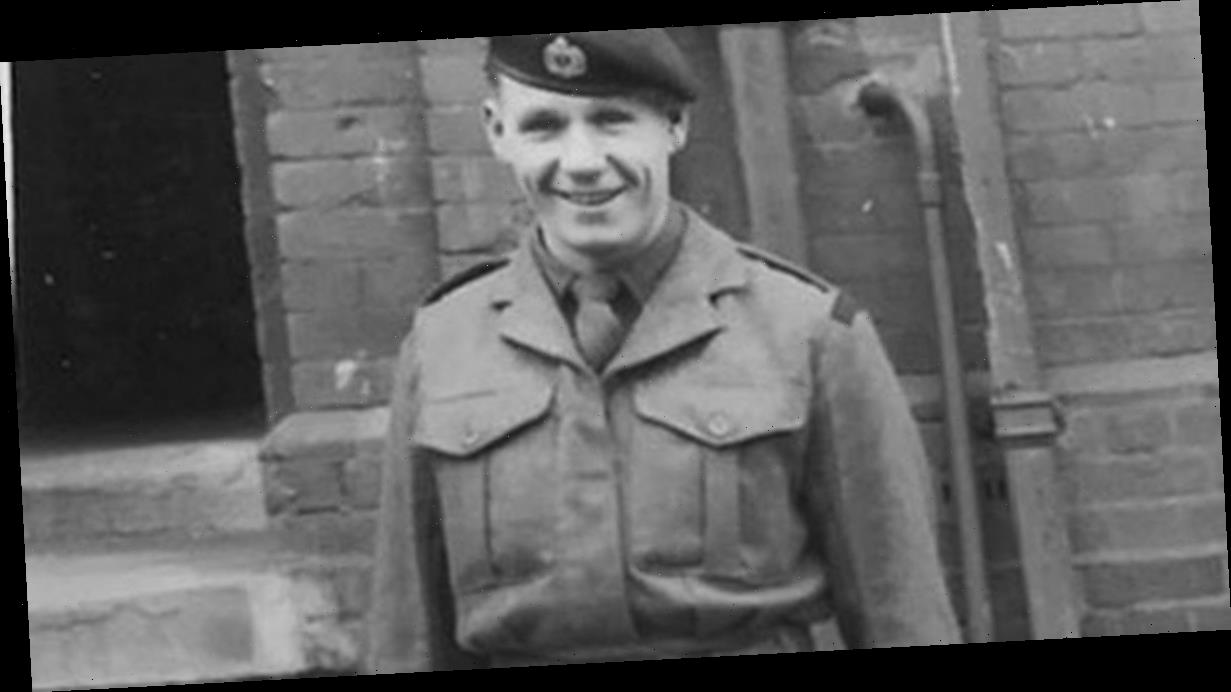 The Ministry of Defence has been accused of covering up the death of a soldier during radiation experiments.

Derek Redman, 27, died of “diabetes of sudden onset and great severity” while serving on Christmas Island in 1958 during Cold War nuclear bomb tests.

Experts say a massive dose of radiation could theoretically have caused the Royal Engineer's death, but the post mortem he should have had is missing, and he was buried at sea just four hours after he died.

Brother Donald Redman, 84, said: “My brother wasn't diabetic. He was built like a brick outhouse and never sick a day in his life.

"My mother never stopped grieving for him, he was a lovely lad. We’ve always believed the radiation killed him. The MoD used him in their experiments and then swept it under the carpet – it’s a cover-up, plain and simple.”

Comrades of Sapper Redman have now come forward to tell how for a week before his death he was ordered into fallout without protective clothing, following a massive H-bomb codenamed Operation Grapple Y.

Cases of sudden diabetes are rare, but could be caused by a trauma to the pancreas that stops it functioning. Such a severe injury could lead to high blood glucose levels, coma and then death if not treated.

An increase in diabetes has been noted in survivors of the Chernobyl nuclear accident, and radiation has been linked to diabetes in animals.

Professor Partha Kar, consultant endocrinologist at Portsmouth Hospitals NHS Trust and national specialty advisor on diabetes for NHS England, said: "It's very rare to have such a severe presentation that leads to sudden death, especially with someone who has no previous history of diabetes."

He added: "The only way we could be certain diabetes caused this man's death is with a post mortem to study the pancreas. Otherwise it's mostly in the realm of conjecture."

Derek’s family have never been told if he had a post mortem.

They believe that if he was not irradiated, the only other causes of major trauma to his pancreas would be gunshot or knife wounds which would have been obvious to those around him.

Mr Redman, of Brighton, said: “He was a big, strong, healthy lad. He was a boxer and went scuba diving. He did his National Service, and then signed up again because he loved the Army so much.

“I don’t think he had any clue what he was going out there for. I was serving in Malaya and didn’t find out he’d died until I got home. My mum and grandmother never got over it, they idolised him. He had a sweetheart at home, too, but I don’t know what became of her.

“We were told he’d had a diabetic coma and was buried at sea because of the tropical heat. But they rated all those boys A1 fit before they went. It’s obvious he died because of something to do with the bomb. They just won’t admit it.”

Grapple Y was organised in a hurry after previous tests had not succeeded. It was dropped from a Valiant bomber at 10.05am on April 28, 1958, just off the coast of Christmas Island in the South Pacific.

All troops in the task force were mustered in the open on land, or on deck, to witness the explosion. Most report no protective clothing of any sort, before, during or afterwards.

A total of 22,000 men were involved in the nuclear tests, which ran from 1952 to 1991. In 2009 the MoD admitted about 2,000 may have been exposed to radiation, but has resisted calls for compensation, a medal, or official recognition. Their children have 10 times the normal rate of genetic birth defects.

Terry O’Keefe, who was a sapper alongside Derek in 38 Corps Engineer Regiment, said he showed no sign of illness the day before his death.

“He was a driver and the day before he died he and I took a trip to one of the lagoons on the island to go swimming. Our truck got stuck in the sand and we had a right job getting it out. I remember him pushing it out with his bare hands,” said Mr O’Keefe, 87, of Bradford.

“When we got back to camp he said he didn’t feel well and wouldn’t come for tea. The next day he was dead, and I was ordered to form part of the firing party for his burial at sea. I couldn’t make head nor tail of it, because he’d been manhandling a truck only the day before.”

Fellow sapper Dave Whyte, of Kirkcaldy, Fife, knew Derek as ‘Dal’, and said after the test he repeatedly drove scientists “to the forward area, where radiation levels were extremely high”.

He said: “He was not given any protective clothing or a respirator to prevent him receiving a large dose of radiation. He had done this journey on numerous occasions and one evening he said he wasn’t feeling very well when he went to bed. He felt worse the following morning, and asked a friend to report his conditions to the squadron sergeant major.”

The officer found Derek unconscious in a coma on May 6, and had him transferred to the infirmary where he died that night.

Dave remembered: “Preparations were quickly made for a military funeral to be held, the coffin bearers and firing party were selected and a burial at sea was arranged. I was in the firing party.”

He said that after the ceremony on board HMS Narvik, a converted landing ship used as headquarters for scientists at the tests, they realised Derek’s coffin was floating. Sailors were ordered out in a dinghy to drill holes in it so that it sank.

Derek’s parents never believed the official explanations. Dad John, a postman, told the Daily Herald at the time: “I am not satisfied with the War Office account. I don’t believe that my boy, a fit, tough lad, could develop diabetes and die within 24 hours.”

And mum Ellen added: “I find that hard to believe. He was perfectly fit when he left England to go to Christmas Island four months ago.

“He was a strong, husky lad. He had won medals in the Army for boing, athletics and tug-of-war. And why did they bury him so quickly at sea? It looks as though there was something to hide. I am sure we haven’t been told everything. I can’t help thinking there was some sort of accident of the H-bomb tests affected him.”

A letter of sympathy from Derek’s commanding officer that was reported by the paper said: “He had been working with the scientists for about a month… When he returned to the regiment, everyone noticed he looked rather thin.”

In June 1958 the family’s MP asked questions in Parliament about the death. Julian Amery, Under-Secretary of State for War, told the Commons: “Lance Corporal Redman was found unconscious in his tent on 6th May.

"He was suffering from diabetes of sudden onset and great severity, and he died in the RAF sick quarters early next morning… I can reassure the House that there is no medical connection whatsoever between this solder’s death and the nuclear test explosions.”

An MoD spokesman said: “We are extremely grateful to all those who participated in the British nuclear testing programme and our thoughts remain with the family of Lance Corporal Redman.

"Although we accept that some individuals were exposed to radiation whilst taking part in this programme, consecutive government studies have found no valid evidence to link participation to ill health."

Julian Amery, Under-Secretary of State for War, told the House of Commons on June 11, 1958: “Lance Corporal Redman was found unconscious in his tent on 6th May.

He was suffering from diabetes of sudden onset and great severity, and he died in the RAF sick quarters early next morning. There had been no sign of serious illness when he was treated for a minor ailment on 4th and 5th May.

I am advised that severe diabetic cases of this kind are not unknown, although they are comparatively rare. Lance Corporal Redman was buried at sea in accordance with Standing Orders because there is no consecrated ground on Christmas Island.

"He had been employed in charge of a power station. His work was not directly concerned with the nuclear test explosions except in so far as all members of the task force were contributing to those tests.

My right honourable Friend has had the most careful inquiries made, and I can reassure the House that there is no medical connection whatsoever between this solder’s death and the nuclear test explosions."

"Diabetes is a disease in which the sugars from the food you eat cannot be broken down, so it stays in your blood. Your pancreas makes insulin to help digest these sugars, but sometimes it stops working.

Type 1 diabetes is caused when the cells in your pancreas which produce insulin are destroyed by antibodies from your immune system. It's a genetic problem, usually diagnosed in children and young adults.

Type 2 diabetes is more common, and is caused by a lifestyle that stops your pancreas doing its job. It's usually diagnosed in later life, and is linked to obesity and high blood pressure .

“It’s very rare to have such a sudden presentation that leads to death, especially in someone with no previous history of diabetes."

Parliament has heard demands that the test vets must get a medal.

The House of Commons was told that a gong should be given to mark Armed Forces Day on June 27.

Chris Evans, Labour MP for Islwyn, said: "They suffered a terrible ordeal; many had illnesses and problems throughout their entire life, but they were largely ignored by governments throughout the years."

He added: "The British test veterans still do not have justice. They have not been compensated and, more importantly, they have not been recognised… what better way is there to celebrate their contribution than for the government to finally recognise their service by striking a medal to thank them for what they have done?

"It is small compensation, and as their numbers dwindle it would be very important to the families left behind."

He was supported by the SNP's Carol Monaghan, MP for Glasgow North West, who said: "There is absolutely no reason why these people should not have some recognition of what they went through in the Pacific during the British nuclear tests."

The Mirror has campaigned for the test veterans since the early 1980s and last year won a medal review. There is no indication when the result will be announced, and it is thought more than 30 of the 1,500 remaining veterans die every year.