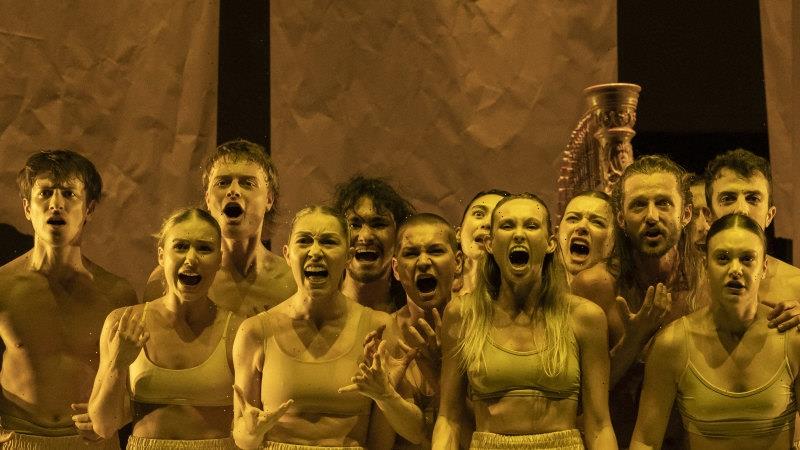 Brutal truth: After 175 years this opera is terrifyingly relevant

Our critics assess some of the latest performances around town.

When Verdi’a Attila was first performed in Venice in 1846, the audience had little trouble seeing the story of Attila the Hun’s invasion of Italy as a parable of their struggles for Italian identity. When Davide Livermore’s co-production for Opera Australia and Venice’s Teatro Alla Scala was seen for just one performance in Sydney in 2020 before the first pandemic lockdown, his translation of the setting to 1930s fascist Italy seemed an apt re-interpretation to more recent tyranny. 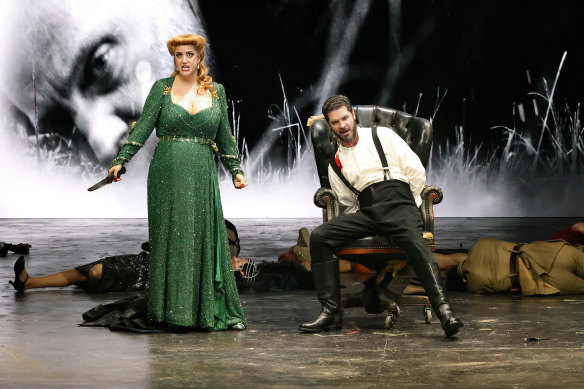 Now, after the confronting opening depiction of a civilian massacre, and with a far-right government resurgent in Italy, few in the audience failed to see the all-too-real parallels with today’s events. When Ukrainian-born singer Taras Berezhansky (who ironically had sung the tyrant’s role as Attila with ferocious power and textured strength) appeared at the curtain call with the Ukrainian flag, the audience cheers only confirmed the connection already made. Opera, so often accused of contemporary irrelevance, had become disconcertingly prescient.

Most opera goers get to know Verdi’s early masterworks Nabucco and Macbeth but will be unfamiliar with this piece even though it has the same instincts for dramatic narrative and highly original orchestration that had propelled his path to success during his early 30s. Livermore’s production updates the narrative tone with digital cinematic images from D-Wok that form and dissolve with musical logic and historical resonance.

Raphael’s sixteenth century fresco in the Vatican of the meeting in 452 of Pope Leo I and Attila the Hun is brought to life in the climactic scene, although the magnificent white horse on which Richard Anderson, as Leo, was perched seemed impatient with the pomp on this occasion. The set design by Gio Forma is scarred and brutalist, and Gianluca Falaschi’s costumes hint at militaristic frisson and decadence.

Against Berezhansky’s implacably focused firmness, Natalie Aroyan sang the demanding, role of his nemesis Odabella with a passionate sound of high drama. She spanned an impressively wide range in pitch, in colour and in dramatic expression, giving sharp-elbowed edge to fierce lower notes, soaring over the quintet and chorus in Act II, navigating the vocal span with flexible agility yet still finding new sounds for moments of quietness and tenderness.

Diego Torre as her lover, Foresto, matched this with focused strength, polished texture and thrilling intensity, shaping solo arias with fine-brushed shades and pairing with Aroyan in duets with a rewardingly shared sense of musico-dramatic engagement. Although the heroically projected style of the part of the Roman general Ezio is not quite his natural terrain, Michael Honeyman, stepping into the part at short notice, carried the vocal and dramatic weight with high professionalism.

The Opera Australia Chorus portrayed the anguish of the opening scene and the high drama of the close of Act 1 with cohesion, balance and power. The score is of particular interest for the attention Verdi lavished on orchestral detail – the small woodwind embellishments, the evocative whistling from piccolo in the storm in the second scene – and the Opera Australia Orchestra under conductor Andrea Battistoni realised it with refinement.

Resound is a whirlwind of dance action. The performers barely have time to draw breath in a triple bill of two new works and a revival from 2017.

As ever with the Sydney Dance Company under the artistic direction of Rafael Bonachela, the dancers are superb. The skill they bring to the shaping of their bodies is equalled by the speed with which they ring the changes from one phrase to the next. 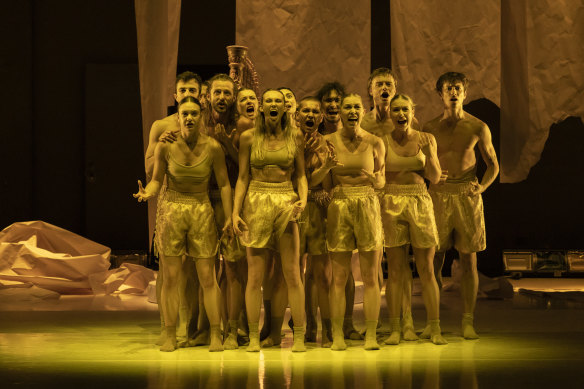 The costumes for The Universe Is Here are something else.Credit:Pedro Greig

Their attack is formidable. And while some of us might wish for a little more light and shade in the choreography, there is no questioning the quality of the performers, many of them a new generation for the company.

And the program does have some quiet moments. Stephanie Lake’s The Universe is Here begins with solo harpist Emily Granger centre stage, hardly sounding the instrument. The 14 dancers emerge from the darkness and walk forward in a line, slowly and deliberately, making patterns of small moves.

After that, Robin Fox’s percussive score takes over with its steady beat and the dancers take off. Melbourne-based Lake is not afraid to give her dancers curiously unattractive shapes and actions, which adds visual spice to an already interesting range of solo and scattered ensemble moves.

It also reflects her themes of contrasting beauty and sadness, brokenness, ambiguities and contradictions. Yet the costumes, designed by Harriet Oxley, are something else: all gleaming gold with matching loose shorts and a variety of close-fitting tank tops.

Bonachela’s short new piece, Summer, is for three dancers, two male and one female. It runs at a hectic pace in which their interaction alternates between two watching (and no doubt taking a breather) while the third dances, and then all three entwining their bodies in complex partnering.

Colourfully patterned second-skin costumes by Romance Was Born offer a sense of summer light-heartedness in contrast to a heavy composition by Kate Moore recorded by the Australian String Quartet.

Ocho – eight in Spanish – was choreographed by Bonachela for that number of dancers. Each emerges from a glass-walled room and makes a personal statement in movement before mingling as an ensemble.

It’s a thoughtful work, but one that was better with the individuality and character of the original cast.
– Jill Sykes