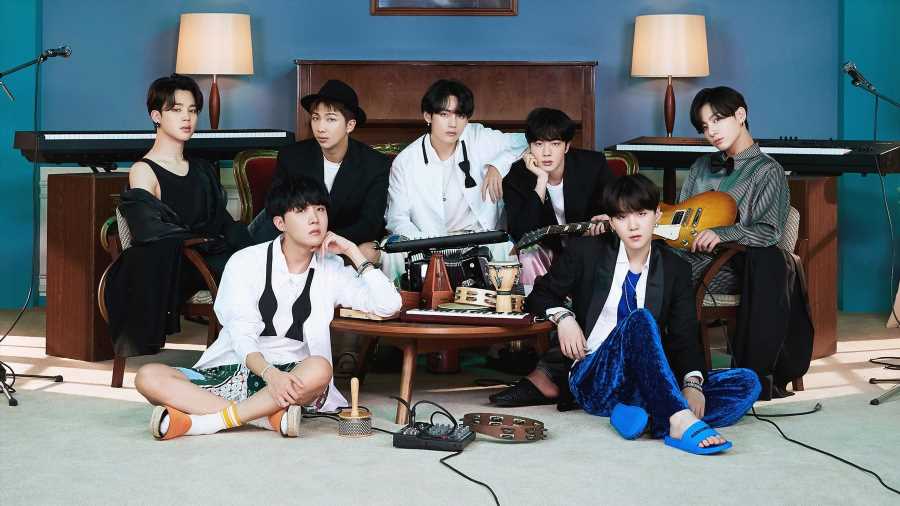 Just like the first Bang Bang Con streaming event, which aired last April, Bang Bang Con 21 will offer fans free access to videos of the group’s past concerts and fanmeets. The event kicks off with one of their early concerts, 2015 BTS Live Trilogy: Episode I. BTS Begins, and then continues on with their global fanmeet, BTS 5th Muster [Magic Shop], held in June 2019. The event concludes with BTS World Tour Love Yourself: Speak Yourself, held in São Paulo, Brazil, in May 2019.

The first Bang Bang Con was held last year in response to the Covid-19 pandemic and the worldwide shutdown of live music. The livestream racked up 50.59 million views in a span of 24 hours and 2.24 million concurrent viewers.

BTS were recently nominated for Best International Group at the 2021 Brit Awards, making them the first Korean act to be nominated at the award show. They’ve also received three nominations for the 2021 iHeartRadio Music Awards, airing live on May 27th.

Earlier this month, BTS released the music video for “Film Out,” the lead single from their Japanese-language compilation album BTS, the Best, out June 17th.