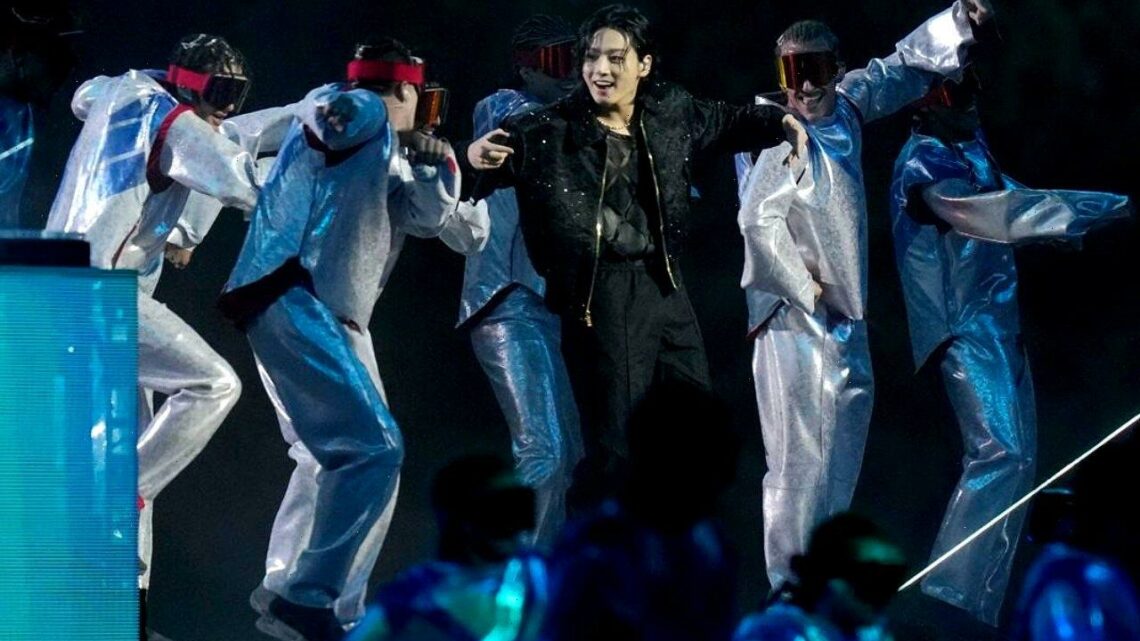 The ‘Dynamite’ hitmaker also sweeps iTunes charts in multiple countries all over the world after releasing the full-English song before performing it for the first time at the opening ceremony in Qatar.

AceShowbiz –Jungkook continues to set his mark in international music market albeit not performing full force as BTS (Bangtan Boys). The 25-year-old K-Pop artist has set a new U.S. record and swept iTunes charts with his World Cup song “Dreamers”.

Being tapped to perform at the opening ceremony in Qatar, the “Euphoria” singer debuted the full-English song on Sunday, November 20 at 2 P.M. KST, ahead of his live performance of the song. As soon as the song was released, it shot to the top of iTunes charts in numerous countries all over the world.

Just 13 hours after it first dropped, the single had already reached No. 1 on iTunes Top Songs charts in at least 102 different regions, including the world’s eight biggest music markets, the United States, the United Kingdom, Japan, France, Canada, Australia, Germany and Italy.

Additionally, “Dreamers” set the new record for the fastest official FIFA World Cup song to hit No. 1 on the iTunes Top Songs chart in the United States. The song took only 2 hours and 11 minutes to top the chart, according to South Korea’s News Herald.

Jungkook later performed “Dreamers” at Albaite Stadium in Alcor, Qatar. Kicking off the performance solo, he was joined onstage Qatari singer Fahad Al Kubaisi halfway through the song. Clad in a sparkly black jacket, he showed off his energetic dancing moves along with a bunch of backup dancers.

Besides Jungkook, who was billed as the main act, and Fahad Al Kubaisi, the World Cup opening ceremony featured Hollywood actor Morgan Freeman, who delivered a speech about the “emotions that connect us all now.” He added, “We gather here as one big tribe and Earth is the tent we all live in.”

Blow for Japanese PM as third minister resigns in a month