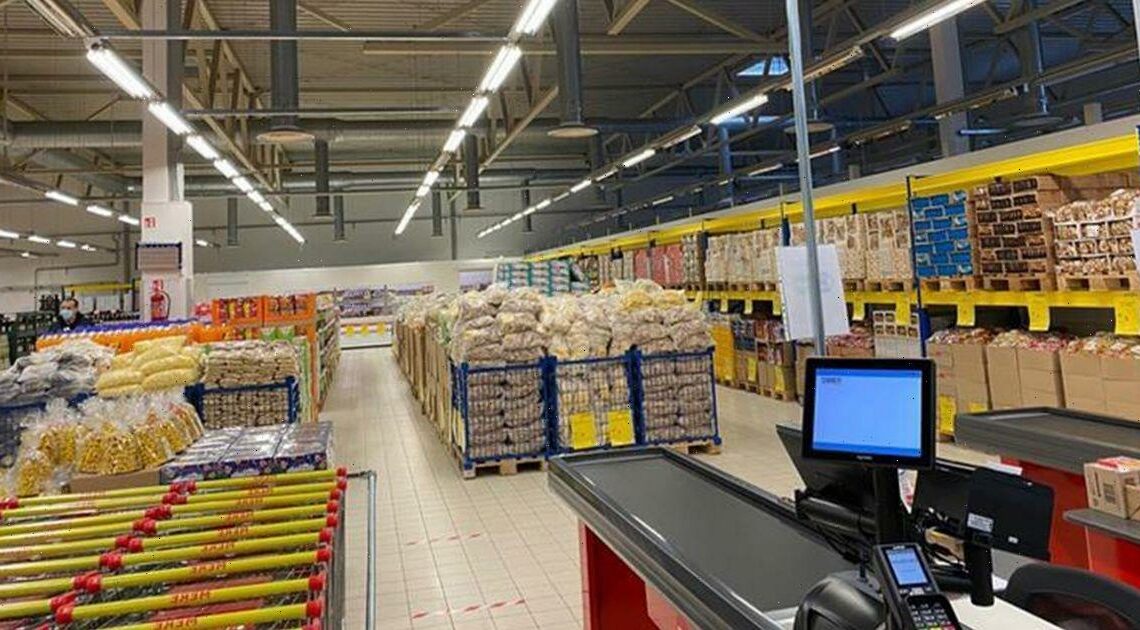 A budget supermarket is opening in the UK next month.

Mere has been branded “Russian Lidl” and promises the “lowest prices”.

According to the store, you’ll be able to pick up your groceries for 30% less than you would at rival supermarkets.

Brits will be able to shop at Mere from August 14, when the first outlet opens in Preston.

There will be up to 1,200 products – including big brands like Cusheen toilet paper, Maxsonic batteries, Reach sanitising wipes and Warrior energy drinks.

Mere UK business development manager Aleksandr Chkalov told The Grocer: “On 14 August we will be glad to present our new retail model: a real hard discounter, with no shelves, no service, no convenience, just the lowest prices.”

More Mere stores are in the works too – including two in Wales.

There are plans to open branches in Mold and Caldicot this year, as well as Castleford in the north of England.

Mere, known as Svetofor in Russia, has more than 3,200 stores internationally.

It has been serving customers in Europe since 2018 with supermarkets in Germany, Poland, Romania, Lithuania, Latvia and Ukraine.

Previously, the discounter revealed it wants to open 300 outlets in the UK over the next decade.

As well as opening a number of chains in the UK, Mere hopes to expand in Italy, Spain, Greece and Bulgaria.

Its low-staff retail model will see suppliers delivering directly to stores and goods sold from pallets.

Stores feature a walk-in chiller room and only eight workers to keep the costs down.

Pavels Antonovs, Head of Buying at Mere, said: "We are the gap in the market. We don't have any competitors. Our model is no service and no marketing."