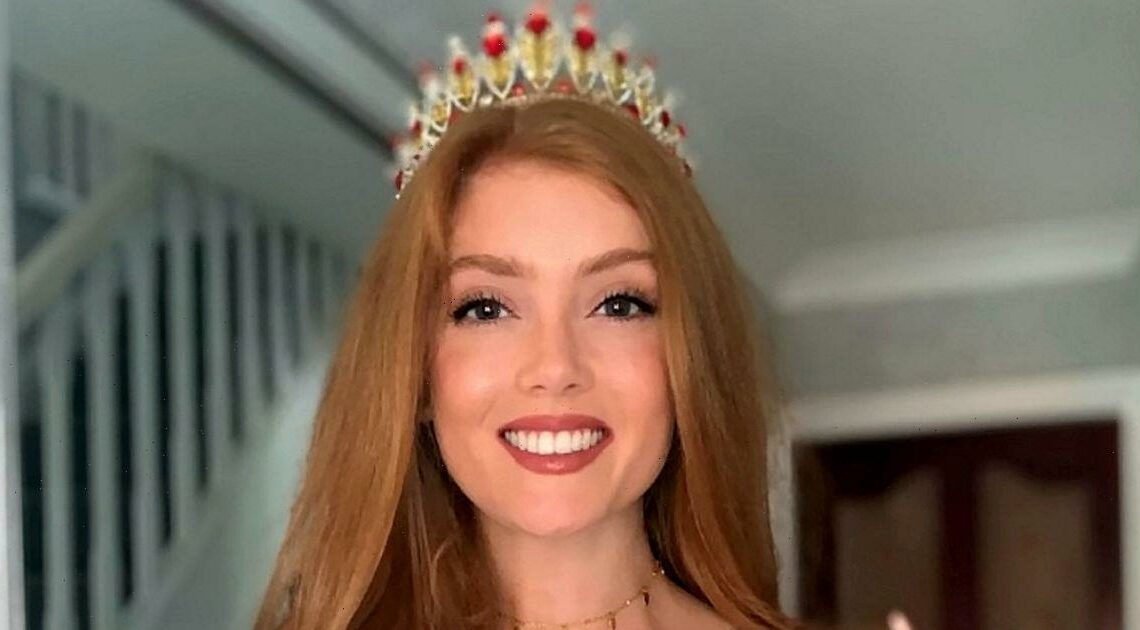 The 26-year-old, originally from Skelmersdale, Lancashire, says she wants to prove redheads are beautiful after being bullied over her hair colour as a teen.

Jessica claims she was punched, spat at and even burned by cruel classmates when she was younger, just because of her red hair.

She also says she was subjected to name-calling, having things thrown at her head and was forced to eat her school dinner in the toilets in a bid to escape the abuse.

Jessica was signed up by a modelling agency after her A-Levels, and her confidence grew as she took to catwalks across the globe.

Now, she has her sights set on the Miss World contest and is currently vying to become Miss Liverpool 2022.

Jessica, who is studying for an integrated master's degree in aerospace engineering at the University of Liverpool, says she's more determined than ever to win.

She commented: "Throughout secondary school I was teased for being a redhead.

"I didn't mention it much during last year's competition because I'm a big believer in leaving negativity in the past, but with there never having been a red-haired Miss England.

"I feel it's important to educate people about what redheads face in school and empower kids who are facing the same things I did."

She added: "I was name-called on the daily, and although I don't think the kids were being malicious in doing so, there were definitely times they were.

"I was hit, spat at and had things thrown at my head quite a few times, but worst was when a girl burned me for having ginger hair.

"In year 7 I used to eat my lunch in the school toilets, because on the occasions I'd try to sit with some of the girls they'd stand up and leave me by myself.

"I used to get really upset about it all, but I'm determined to show kids who are facing the same thing that it won't happen forever."

Talking about her upcoming competitions, Jessica added: "At this moment, I am a semi-finalist for Miss England. They are currently doing the heats for each region.

"This year I am going for Miss Liverpool so we'll see how that goes. The final for that is on August 25. Then after that it is the Miss England finals.

"If all is successful Miss World will happen later this year.

"For me, by competing in Miss England, my campaign last year and this year is to help people get girls into STEM subjects.

"But after realising there has never been a redhead winner, I looked back and I was thinking there are not many that redheads on TV.

"I think it would be so good if there could be somebody in that kind of position who is a redhead. Even last year there wasn't one redhead in Miss World.

"I thought if I could win this, I could empower kids who being bullied for the way that they look and the colour of their hair."

She added: "I'm the only redhead in family so I'd always been looking for somebody who kind of understood the bullying through school.

"It is nice to be able to represent the younger kids and say 'I have been through it and you can use that pain to raise your game'. Make it your superpower.'"

As well as modelling, Jessica has helped raise over the £6,000 for local charities and, in 2021, she raised funds for Beauty with a Purpose.

We Found Hailey Bieber’s Hat And It’s Only $30