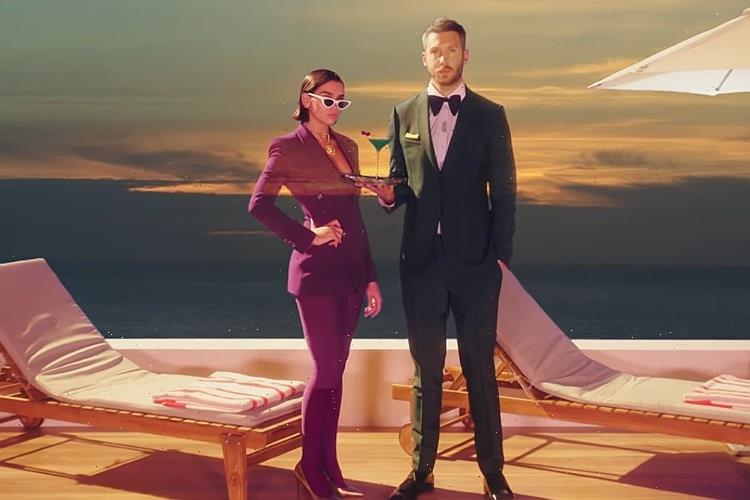 Calvin Harris and Dua Lipa Re-teams Up for Potion

The superstar DJ, who collaborated with the ‘Levitating’ singer on 2018’s ‘One Kiss’, takes to his TikTok account to share a clip of the new song titled ‘Potion’.

AceShowbiz –Calvin Harris has reunited with Dua Lipa on a new collaboration out this Friday, May 27. The superstar DJ, who collaborated with the singer on 2018’s “One Kiss”, took to TikTok this week to share a clip of the new song, “Potion”. The “Levitating” hitmaker agreed to add her vocals to the track.

Sharing clips of him playing the keyboard, guitar, bass and back to the guitar, Calvin FaceTimed Dua and she responds “definitely” when asked if she’ll record her vocals on it. A clip of the tune then plays with Dua singin, “Late night conversations, electric emotions/ Sprinkled with a little bit of sex/ and that’s a potion.”

Mega-hit ‘One Kiss’ spent eight weeks at number one on the Official U.K. Chart upon its release in April 2018. Meanwhile, Calvin is said to be engaged to Radio 1 DJ Vick Hope.

The 38-year-old music star is said to have proposed to the 32-year-old broadcaster at his home in sunny Spain after just five months of dating. A source said this week, “Calvin proposed to Vick under his favourite tree on his farm Terra Masia in Ibiza. Vick said yes immediately, she is madly in love with Calvin and could not be any happier.”

The Scottish star is next due to begin a summer residency at Ushuaia Ibiza. He will return to the famous super-club to play on Fridays from June 3 to September 2.