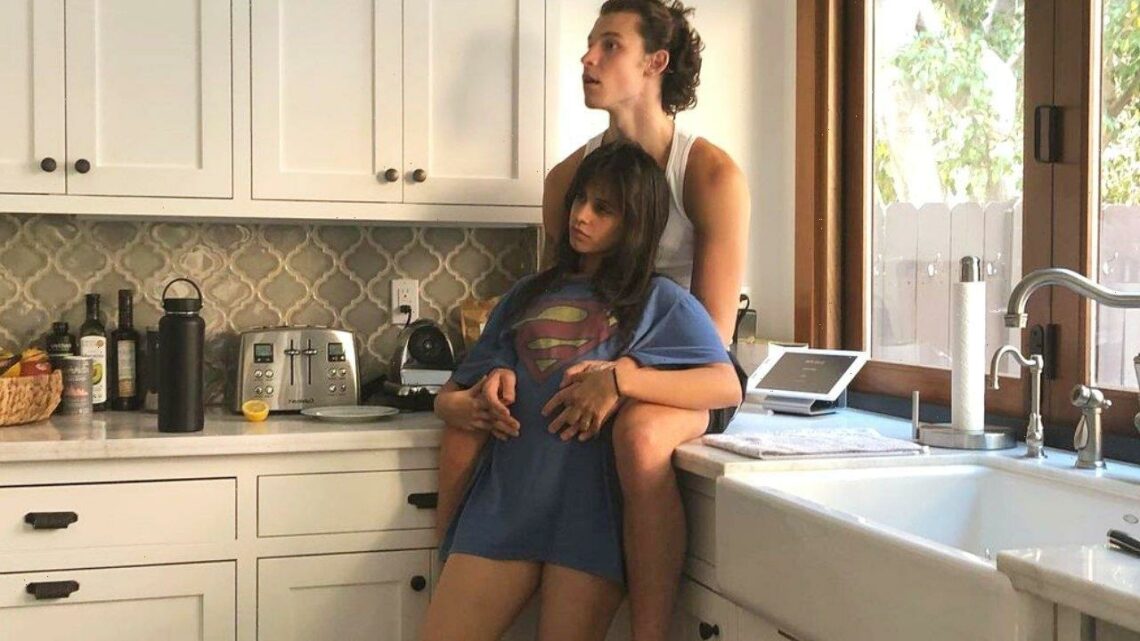 The former Fifth Harmony member takes the stage to perform ‘Don’t Go Yet’, before introducing her boyfriend to the crowd as he takes over to deliver ‘Summer of Love’.

AceShowbiz –Camila Cabello wowed the MTV Video Music Awards (VMAs) with a performance of “Don’t Go Yet” – and then told the crowd to “give it up” for her boyfriend Shawn Mendes as he took to the stage to sing “Summer of Love”.

The 24-year-old singer put in a pulsating performance at the Barclays Center in Brooklyn, New York City, on Sunday night, September 12, before she introduced Shawn, who performed afterwards, and she blew a kiss to the camera. She told the crowd, “Give it up for my guy, Shawn Mendes.”

Beforehand, Camila was joined by a legion of backing dancers as she played out her tune. During the energetic performance, the cameras panned to 23-year-old Shawn, who was clearly having fun watching his girlfriend wow the crowd.

After a lovely introduction from his significant other, Shawn took to the stage to perform “Summer of Love”. He was joined by producer Tainy to sing their collaboration.

Other big performances on the night included a surprise one from Madonna, who opened the first VMAs in 1984 with her hit “Like a Virgin”.

The 63-year-old star walked on stage to her 1990 song “Vogue”, and stripped off her trench coat to reveal a BDSM-inspired PVC outfit.

Shortly before she departed the stage, the star – who famously shared a smooch with Britney Spears and Christina Aguilera at the 2003 VMAs – told the crowd, “They said we wouldn’t last, but we’re still here motherf**kers. Happy 40th MTV. Welcome to the 2021 MTV VMAs.”

Doja Cat – who hosted the ceremony – had a break from her evening duties to perform her songs “Been Like This” and “You Right”.

Olivia Rodrigo – who scooped three prizes on the night – also took to the stage to sing her hit “Good 4 U”.

The U.S. Open May Be Over But These Diverse Artists' Works Are Still Making An Impact
Recent Posts