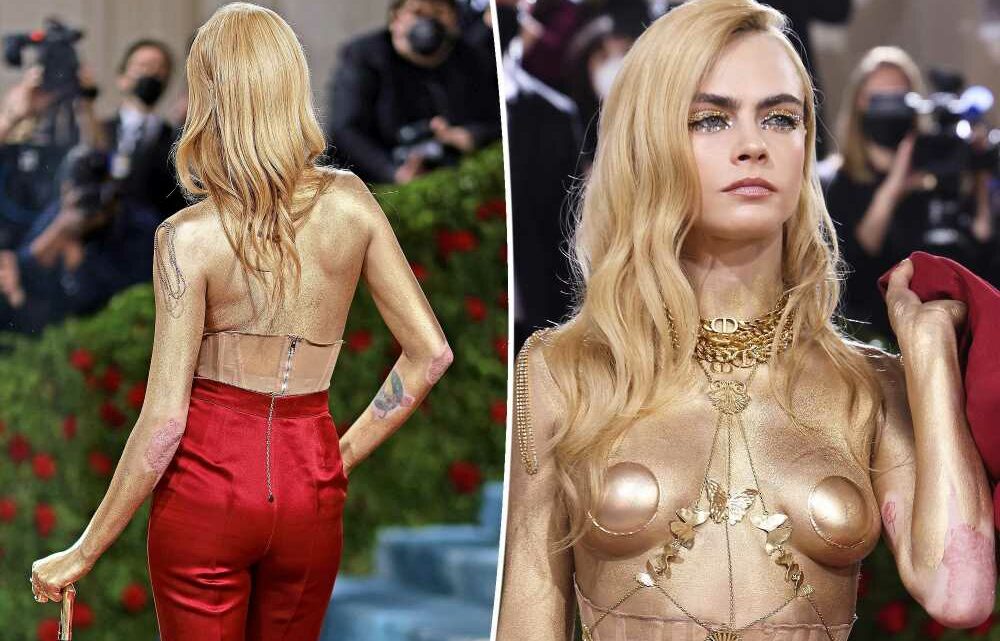 ‘Drunk’ Cara Delevingne gets down to Wyclef Jean at NYC bash

Selena Gomez, Cara Delevingne and Amy Schumer have girls’ night out in Flatiron

Cara Delevingne bared it all at the 2022 Met Gala.

The model walked Monday’s red carpet in a red tailored jacket and pants from Dior Haute Couture, at one point whipping off her blazer to reveal her topless torso covered in gold paint.

While many were understandably focused on her gilded pasties and body jewelry, others noticed something Delevingne did not cover up: her psoriasis.

The star, 29, left the red, flaky patches on her elbows unpainted to avoid further irritation, a move fans applauded on social media.

“Seeing [Delevingne] embrace her psoriasis at the met gala literally makes me so emotional. Bad bitches really do have psoriasis,” one person tweeted.

“Showing people with Psoriasis that there is nothing to be ashamed of,” another said. 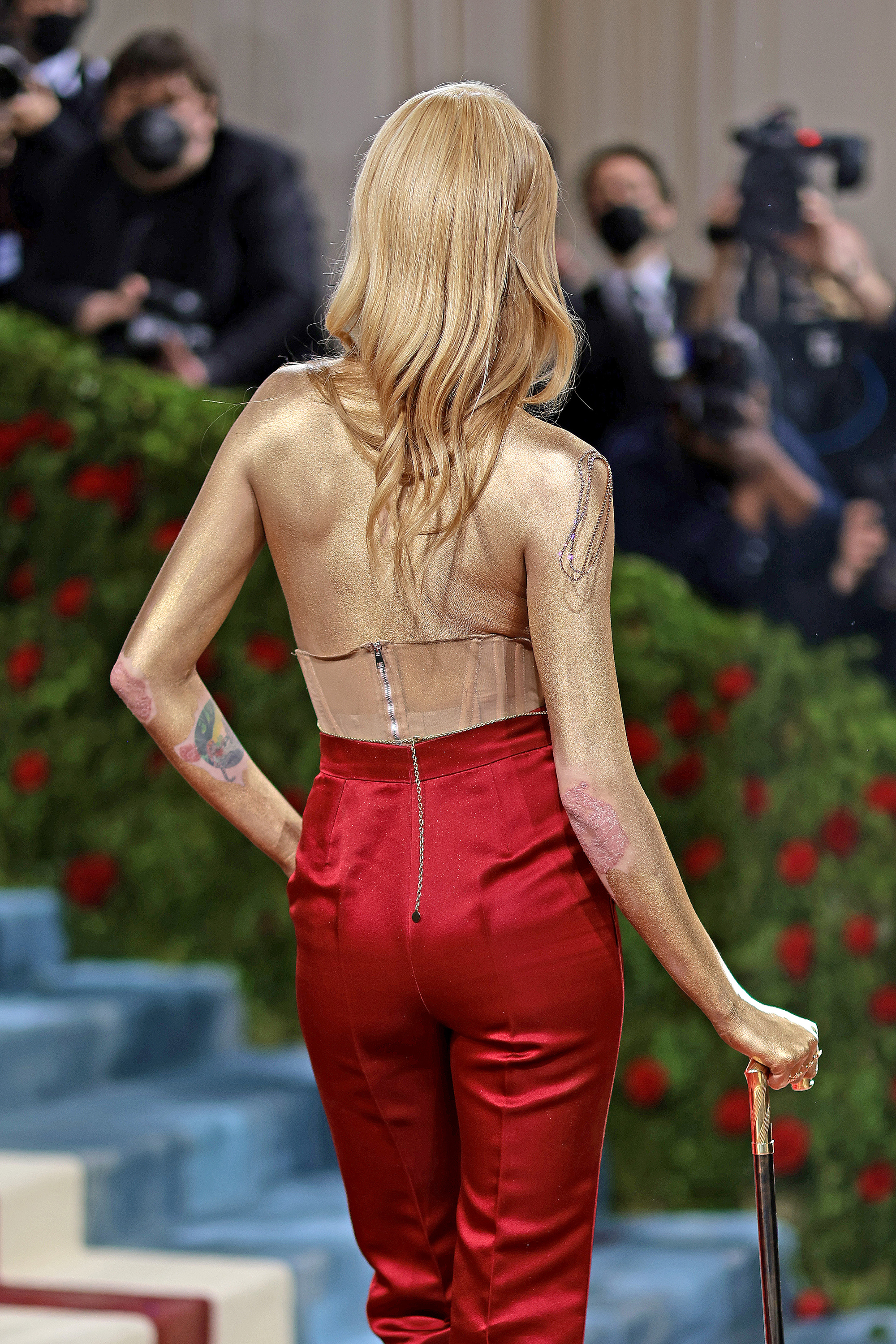 Though the British beauty hasn’t said anything publicly about her “gilded glamour” look for the night, she has spoken out about her psoriasis and how it has affected her in the past.

“I am not doing fashion work anymore, after having, like, psoriasis and all that stuff,” she told The Times in 2015, crediting the stress of the industry with her frequent flare-ups. Though she has since returned to modeling, she also added that people aren’t always kind about her skin condition.

“People would put on gloves and not want to touch me because they thought it was, like, leprosy or something,” she said in the same interview.