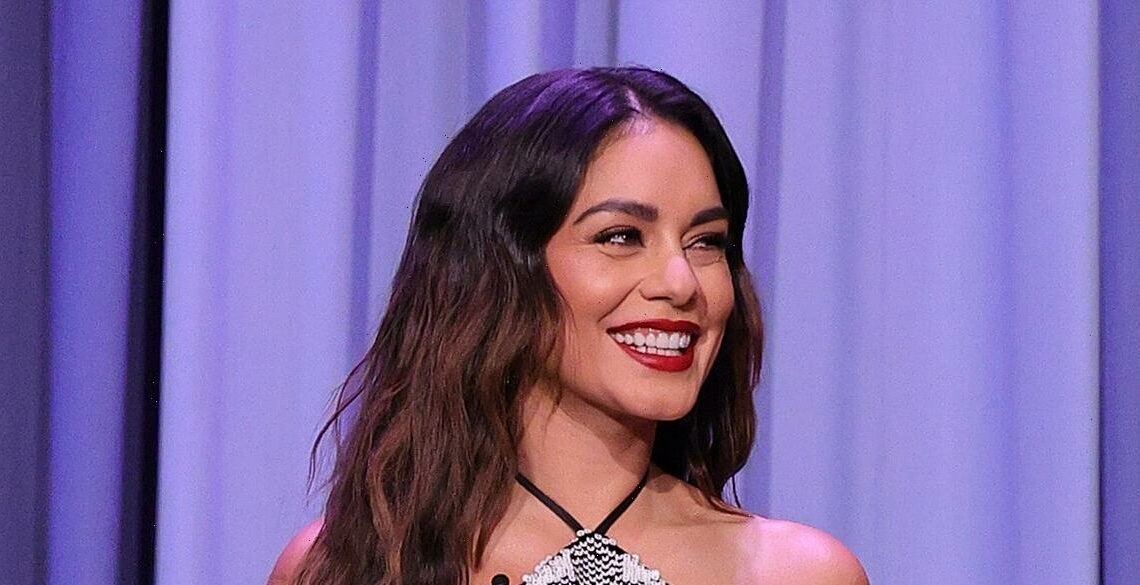 Celebrities Are Wearing This Shoe Brand Like It's Nobody's Business

Ugg, Birkenstock, Nike, and Reebok — these are all shoe brands that have been Hollywood favorites for years. Uggs really blew up in the 2000s, Birkenstocks have been around for even longer, and Nike and Reebok, well, you know the drill. They're classics. That said, there's a new footwear label that's definitely on track to become as much of a household name.

Meet Larroude, the brand you're going to want to tell everyone about. The name might sound familiar because Dr. Jill Biden carried a Larroude bag — yes, it makes those, too — while meeting the Queen of England back in June. To no surprise, the bag sold out shortly after and brought lots of attention to the label. Now, we're seeing Larroude's shoes (and bags) pop up practically nonstop, first on Gwyneth Paltrow and now on Vanessa Hudgens.

Just last night, Hudgens walked onto the stage of The Tonight Show Starring Jimmy Fallon in true power boots from Larroude. Dubbed the Kate Boot, the knee-high style has all the sass yet all the class you want when getting dressed this season. It's made from a soft ivory leather that's easy on the eyes, with a memory foam insole that's easy on the feet. In short, it's a true forever boot.

Larroude's shoe offerings run the gamut from timeless boots and trend-forward styles to platform heels and comfy slides. It has everything, which makes it all the more appealing because hey, we love options! Rest assured that any style you buy will be oh-so-chic and oh-so-comfy.

Shop Hudgens' exact boots, plus other Larroude standouts, below.

Sting Shopping Song Catalog for $250 Million-Plus, Universal Said to Be in Lead