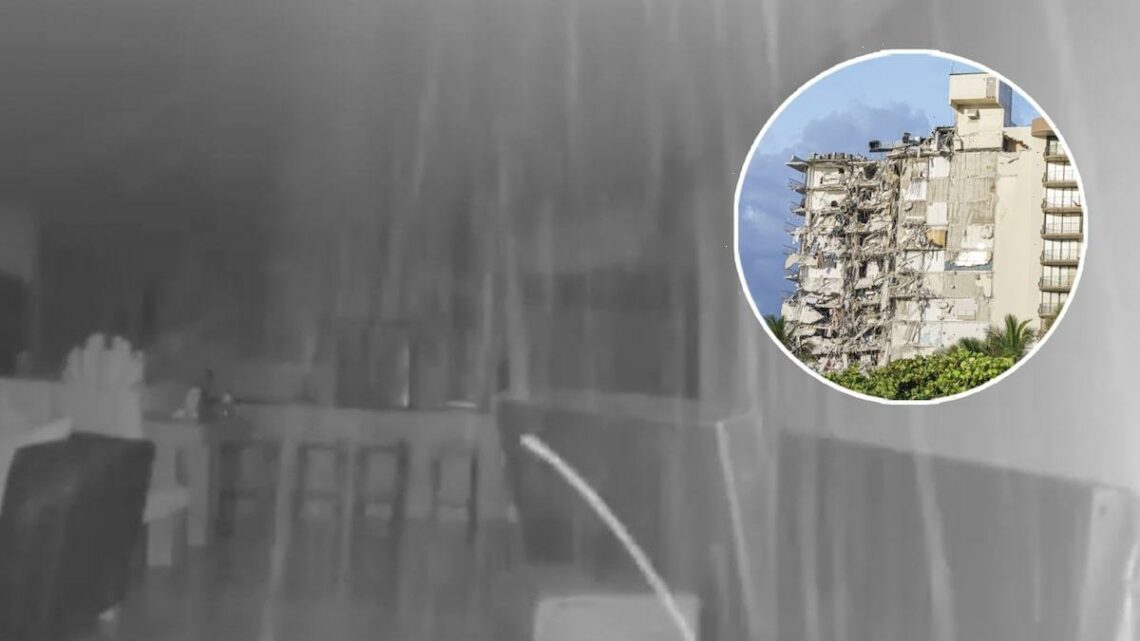 The woman was mercifully not at home when her security camera captured the fall.

Camera footage from inside the Miami Champlain Towers South building captured the moment the building collapsed.

The chilling clip was shared by a resident of the doomed tower — who miraculously was not home at the time.

“I am a resident of one of the condos on the side of the collapse,” Rosie Santana posted on Twitter. “This is a video from my camera footage inside from the start of the collapse until the lose of connection (I was away from the building today). Towards the end, you hear the structure failing.” 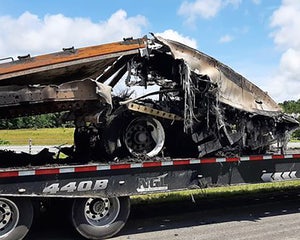 The unnerving 13-second clip shows debris raining from the roof as the vacant apartment shudders; an ominous groaning can be heard right before the connection is severed and everything goes black.

Four people are confirmed dead. The death toll is expected to rise dramatically, with 159 people still unaccounted for.

Nobody yet knows why the 12-story beachfront condominium tower suddenly crumbled at 1:30 AM Thursday morning; nor will they for a long time, as investigators cannot enter the site until the dangerous and desperate rescue effort concludes.

Scores of firefighters have been working around the clock to dig through the rubble, as debris threatens to fall around them. Two heavy cranes have been deployed to lift away masonry, as jackhammers dig in the hopes of finding pockets of any buried survivors.

Rescue crews have also been using microphones and sniffer dogs in an attempt to find any signs of life.

“Every time we hear a sound, we concentrate on those areas,” said Assistant Miami-Dade Fire Chief Raide Jadallah told AP.

While they have not picked up any voices, possible banging sounds have given rescuers hope there may be more survivors.

At least 35 people have been pulled from the wreckage, alive.

The building housed residents from all over the world; consulates and foreign ministries from Argentina, Paraguay, Venezuela, Uruguay and Israel have all reported citizens still missing.

NY Man Killed After Being Hit by Parked Truck

Vitamin B12 deficiency: A type of body pain may signal you have low B12 levels