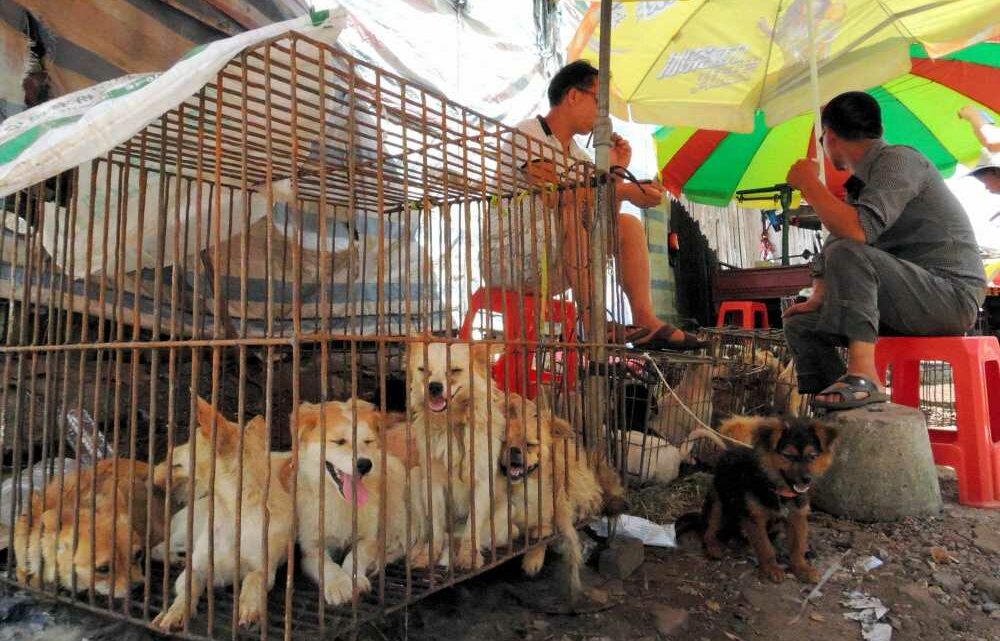 A rocket and a hard place: Chinese space junk may fall back to Earth in uncertain path

Look out below! Debris from giant Chinese rocket could crash down in New York

Animal activists are celebrating a new law in China that regulates the mass trafficking of feral dogs into Yulin, in the Guangxi region, which has an annual dog meat festival.

Yulin’s agricultural officials confirmed the news on May 1, Jam Press reported. The new law would ensure that animals are raised and quarantined together before being transported and sold for slaughter — a move that will ultimately strengthen public health efforts, and potentially save thousands of dogs.

Those found in violation will be subject to a fine of up to 150,000 yuan (about $23,100), with a minimum of 50,000 ($7,000), according to UK-based animal advocacy group NoToDogMeat. The org said it has confirmed the changes in a recent letter from Yulin’s agricultural department.

The new regulations will see that these animals meet certain health requirements, ensuring that no sick, stolen or stray dogs could be traded.

“This is huge news, and we really feel that this could be the end of Yulin,” said NoToDogMeat CEO Julia de Cadenet in a statement to Jam Press. “No animal deserves the fate of a Yulin dog, and this kind of slaughter is also a grave risk to public health.”

Yulin (alternately romanized as Watlam), located in Guangxi Zhuang Autonomous Region of southeast China, is notorious for its Lychee and Dog Meat Festival, which has been known to round up some 10,000 dogs for slaughter during the 10-day event — a sacrifice made to mark the summer solstice, according to a 2015 BBC report.

Dog eating, albeit rare, has been a tradition in some parts of southeast Asia for as far back as 500 years, and those who abide believe dog meat helps stave off summer heat. Yulin residents and festivalgoers claim the dogs are killed humanely, but animal rights organizers have long scrutinized the grisly tradition.

The movement to bring an end to Yulin’s dog market has since caught on globally, with celebs such as Ricky Gervais tweeting about the issue. Some activists have gone so far as to travel to the festival in order to buy off dogs intended for slaughter. Groups such as Saving Harbin Dogs, a US-registered nonprofit operating in China, have been established for the sole purpose of rescuing dogs from China’s underground animal trade.

That and the country’s “wet markets” have long been regarded as sources of disease and, indeed, linked to the virus that causes COVID-19. Last year, China cracked down on the nation’s wildlife trade, including a move to reclassify dogs as “companion animals” instead of their previous “livestock” designation, in response to what was then still an emerging pandemic that many experts believe originated in a Wuhan meat market. The plan ensured that dogs would no longer be found on the legal meat trade, though the law does little to mitigate the animal black market.