Home » Lifestyle » 'Christmas is a reminder of freedom': What estrangement looks like at Christmas 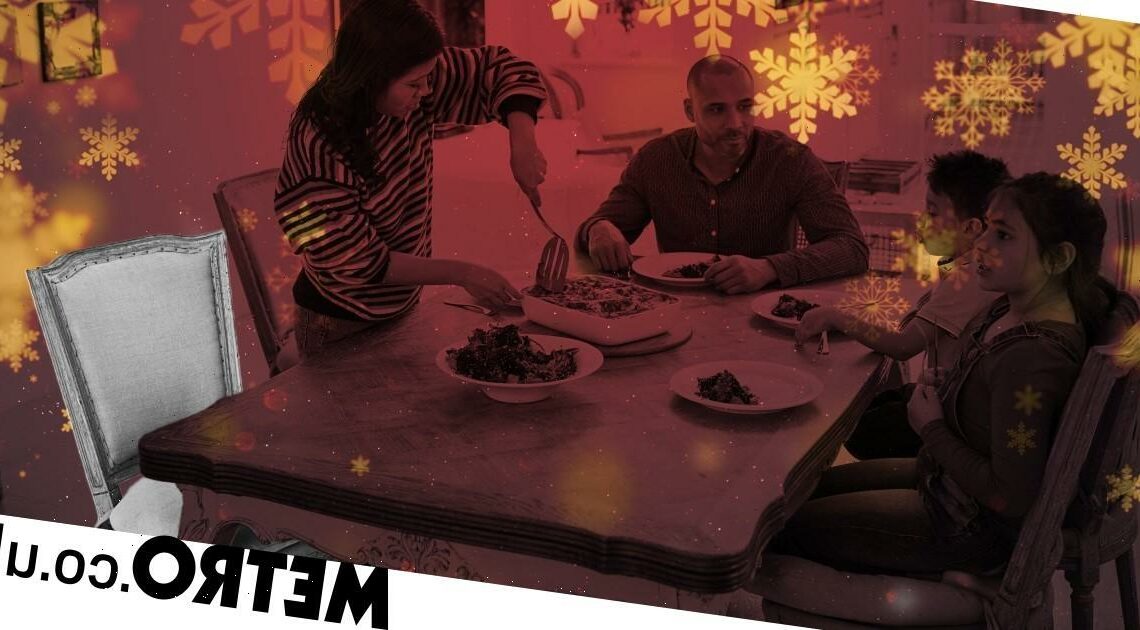 'Christmas is a reminder of freedom': What estrangement looks like at Christmas

Estrangements come in all sorts of painful shapes and awkward sizes.

Whether it’s a fresh loss or one you’ve had the chance to grow into from childhood – like mine – it’s important to know you’re not alone, especially during the holidays, when emotional tolls can feel even heavier.

In my house, estrangement at Christmas looks exceedingly ordinary – shiny, sugary, uncomplicated and cosy. My mum might make a gingerbread house and my stepdad keeps us well-stocked with big tins of chocolate and ready salted Pringles. My step-sister stresses about presents in some capacity, and her little dog barks at pedestrians from underneath a new festive jumper.

My biological dad hasn’t really been in my life properly since I was two, so it’s all very normal for me. But for others, the festive season isn’t quite as straightforward.

‘With the holiday season – which also includes my birthday – so close, I feel stressed out,’ Veronica* tells me. She’s cut ties with her father and has limited contact with her mum.

Veronica says she’s been in low/no contact with her father for a few years. Starting therapy and getting assessed for ADHD and autism helped her recognise and remember his toxic behaviour, and she’s now out of his life completely. This will be her first holiday season after making this decision.

‘Growing up,’ she recalls, ‘the holidays were one of very few days in a year where I did receive a bit more attention from my family. But this year I am fully rejecting it and focusing on myself and my healing.’

Veronica thinks there’s a chance her dad might not have even realised that she’s out of his life ‘due to his emotional immaturity’.

‘My parents were always oblivious to any of their kids’ emotional states and needs,’ she tells Metro.co.uk, ‘so I would not be surprised if he just had not noticed the changes in my behaviour.’

This year I am and focusing on myself and my healing

Holly has plenty of good memories of her controlling and emotionally abusive step-father, who has been out of her life since 2019, but not enough to outweigh the bad.

‘When [he and mum] were together, he used to make my mum feel guilty for wanting to spend Christmas with her family,’ the 25-year-old says. ‘He would get jealous and make her feel bad, and when he would finally agree to go, he would barely talk to any of us.’

She adds: ‘He was never a Christmassy person, so I doubt he has even put up the decorations in the house we once all shared.’

Holly describes cutting ties with her step-father as a kind of grief, which makes perfect sense – sure, death is an irrevocable loss, but estrangement can be too, and it can hurt even if it’s for the best.

‘He’d been my stepdad since I was seven years old, and I never anticipated that he would no longer be when I was almost 23,’ she says.

‘After years of a tumultuous relationship, his temper finally became too much for me to bear. We were expected to take his angry outbursts because “that’s just what he’s like”.

‘When I walked out of the house that day with a suitcase, I genuinely didn’t think it would be the last time I’d see him – someone who meant so much to me. But my mum decided to leave too. For her, it was the final straw.

‘I had always said to my mum that even if they split up one day, I would keep him in my life because I loved him, but too much had happened this time.

‘I felt intense grief for the first time, and it felt never-ending, it was like he had died.’

It’s easy to also grieve for the person you used to be, like Veronica does.

‘That young woman and girl did not deserve to struggle for so many years,’ she says.

Veronica says seeing ‘only wholesome families’ over the festive period can sometimes upset her, but finds comfort with those in her circle of friends who are also dealing with their own estrangements.

Missing him every day was torture, but Christmas brought relief

This year, she’s planning on spending Christmas with her boyfriend of two years, and the pair will join his family for Christmas dinner.

‘We met on Boxing Day, so there’s less focus and pressure on Christmas since it’s sort of our anniversary,’ she explains. ‘A distraction like this one helps.’

Now, Christmases at Holly’s house are a guilt-free affair, and she and her mum can ‘do as they please’.

‘Missing him every day was torture, but Christmas brought relief,’ she explained. ‘Finally, it was a time where I didn’t feel his absence because he was never really there.

‘Now, my mum and I live together. Seeing her so happy and free has helped me heal.

‘We have both grieved in our own ways, but we have both helped each other as we can relate to what the other went through over the years.

‘Christmas for us this year is a reminder of our freedom.’

*Name has been changed