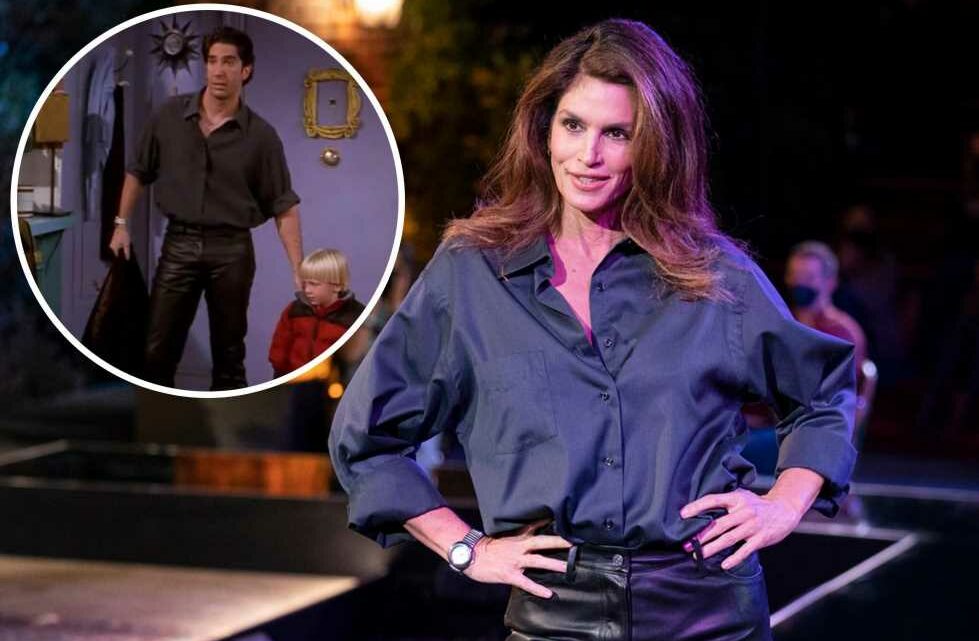 The biggest bombshells from the ‘Friends’ reunion

Some of the most memorable outfits and costumes from “Friends” were hauled out of storage — and modeled by some truly major names — for the sitcom’s much-hyped reunion, which finally hit HBO Max on Thursday.

Cindy Crawford even made a cameo to strut her stuff in Ross’ iconic leather pants, which got the character into quite a sticky situation in an unforgettable episode from Season 5.

“They are the EXACT Agnès B. pants that Ross wore, and they fit her perfectly!” stylist Erica Cloud, who handled the reunion special’s wardrobe, told PopSugar.

“No one else has worn them besides those two icons! She even wanted to carry the baby powder and lotion down the runway, but they ended up doing no props in the end.”

The fashion show-inspired segment also saw Cara Delevingne donning Rachel’s over-the-top pink bridesmaid dress from Barry and Mindy’s wedding in Season 2, as well as Ross’ hilarious Holiday Armadillo costume — the latter of which was quite the feat to wear.

“We ended up having to rig a belt and suspenders underneath to keep it up and for Cara to even be able to walk in it,” Cloud told the outlet.

“They had custom feet replicated and were like slip-on sneakers. There are multiple layers to the look including: helmet, body, forearms, shin guards, furry garter belts (at knee joints), feet, and a full body stocking to wear underneath. Cara was completely dedicated and beyond excited, so she made it work!” 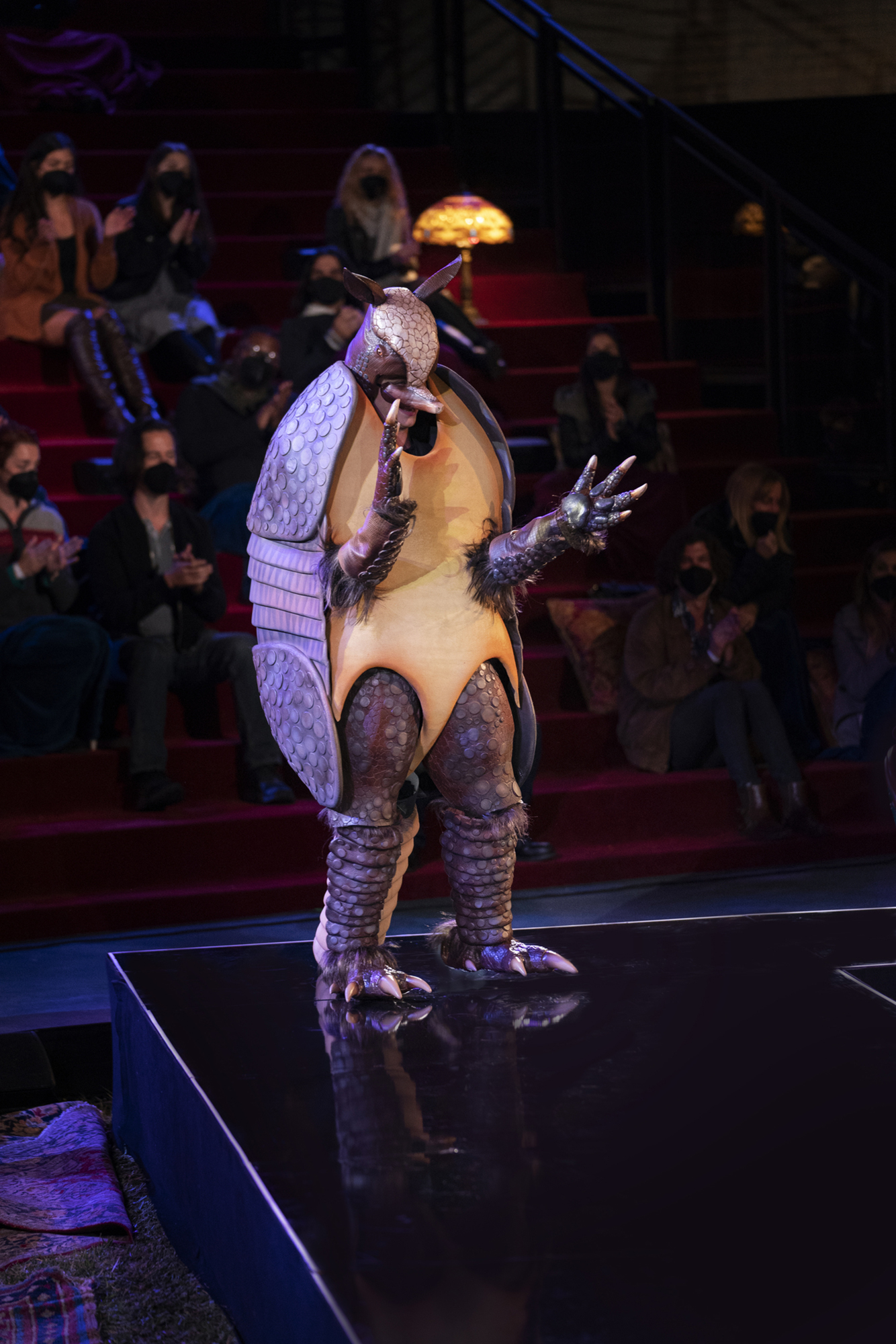 Justin Bieber even stopped by to slip into Ross’ “Spudnik” Halloween costume, while Matt LeBlanc revisited the scene in which Joey piled on the entirety of Chandler’s closet. (“Could I be wearing any more clothes?!”) 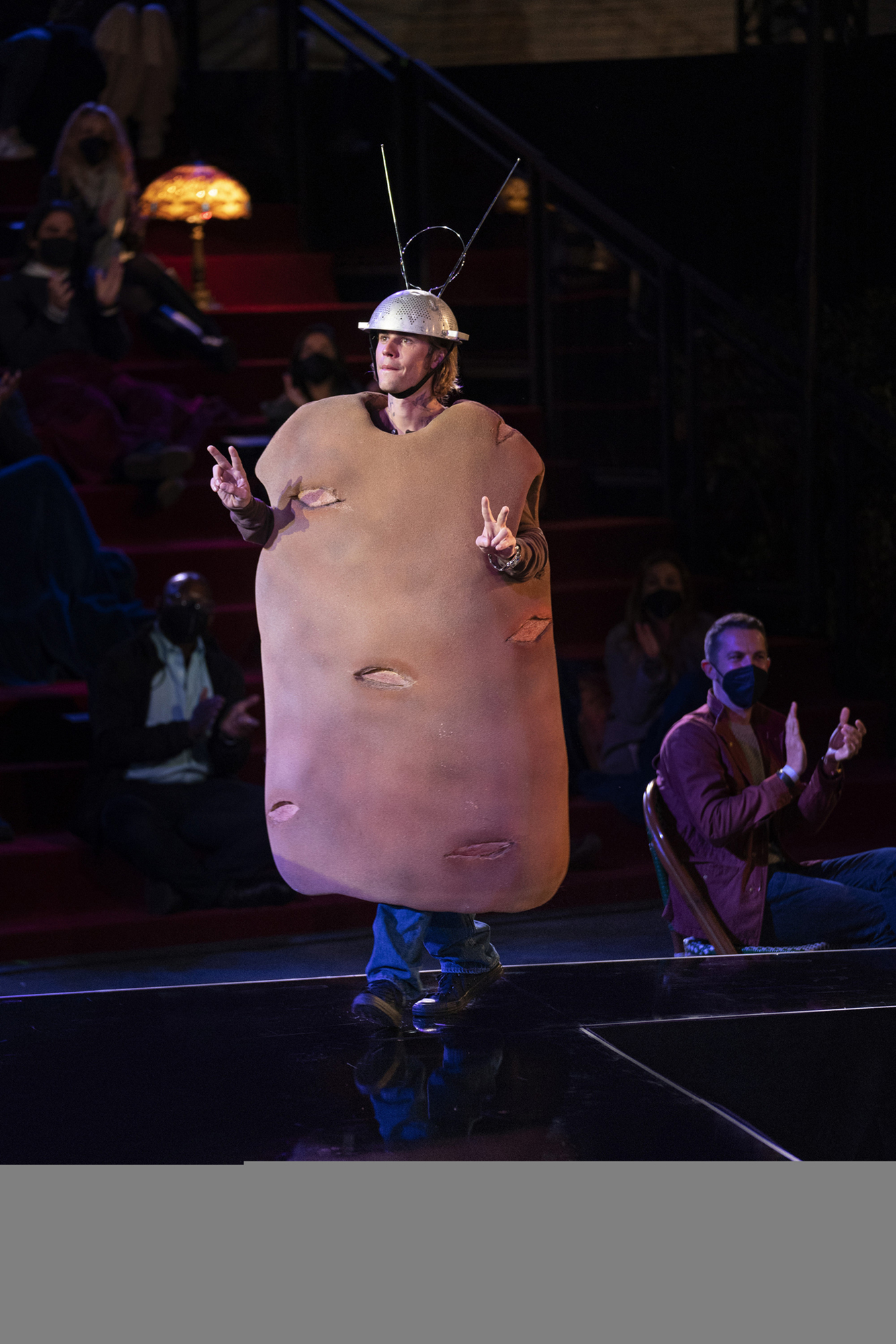 Original “Friends” Jennifer Aniston, Courteney Cox, Lisa Kudrow, David Schwimmer, Matthew Perry, all of whom returned for the reunion special, laughed and clapped during the nostalgic fashion show — joined at first by LeBlanc, until he had to sneak off for his catwalk moment.

Plenty of other stars made appearances during the reunion as well, including Lady Gaga, BTS, Mindy Kaling, David Beckham and Reese Witherspoon.