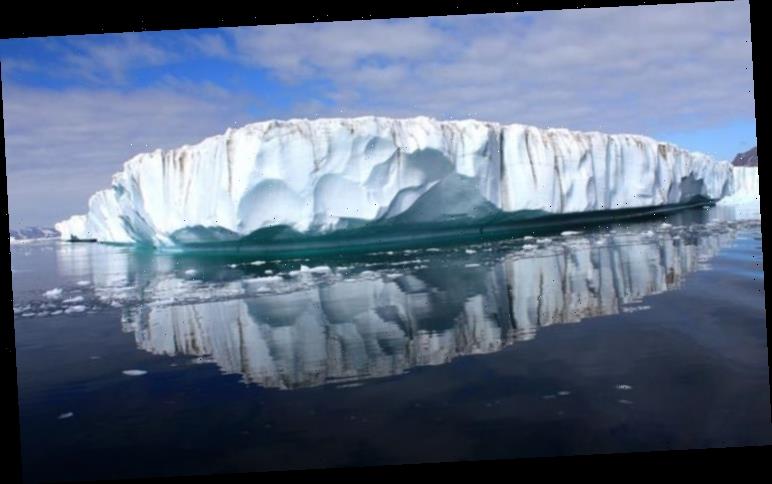 New research indicates an astonishing underground river fed by melting ice is racing along in perpetual darkness far below Greenland’s frozen surface. Dubbed the ‘Dark River’, this underground waterway is believed to stretch for 620 miles (1,000km). Tthe river most likely starts in Greenland’s heart and stretches all the way to Petermann Fjord to the northwest.

The results are consistent with a long subglacial river, but considerable uncertainty remains

Such uncertainty stems from significant gaps in radar data from satellite surveys conducted by US-based space agency NASA above the Greenland ice sheet.

Over the years, these have documented fragmented glimpses of what resembles a giant, subglacial valley system extending below huge swathes of Greenland.

Several studies in the past twenty years indicate such trenches, valleys, or even ‘mega-canyons’ may reside hidden in the subglacial environment. 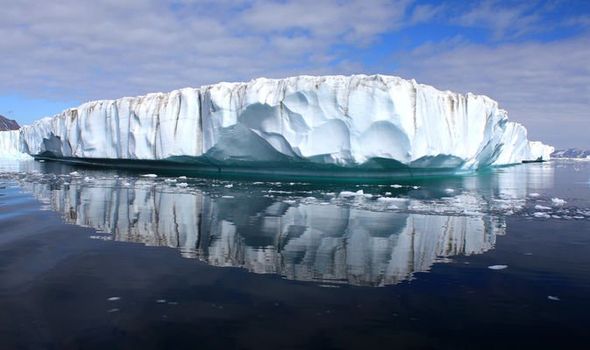 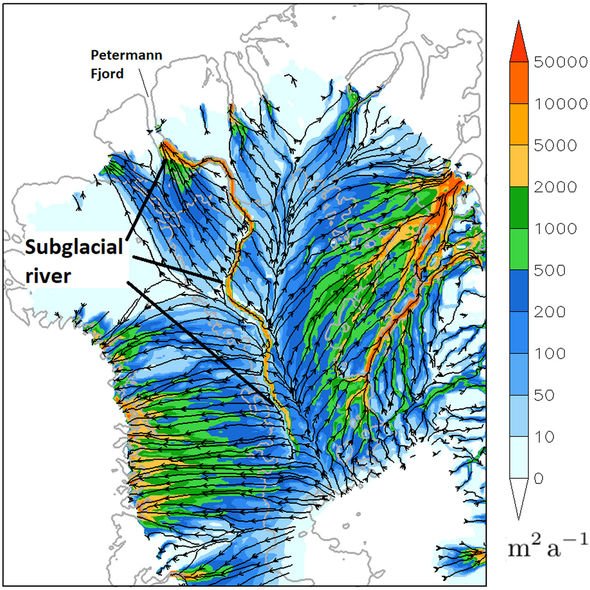 Some scientists have also posited liquid water might flow at the bottom of the features.

But due to these data gaps, it remains unclear whether all the valleys are connected in one long, meandering river.

Or alternatively, the waterways may merely be segments of disconnected phenomena.

Dr Chambers added: ”We don’t know how much water, if any, is available to flow.” 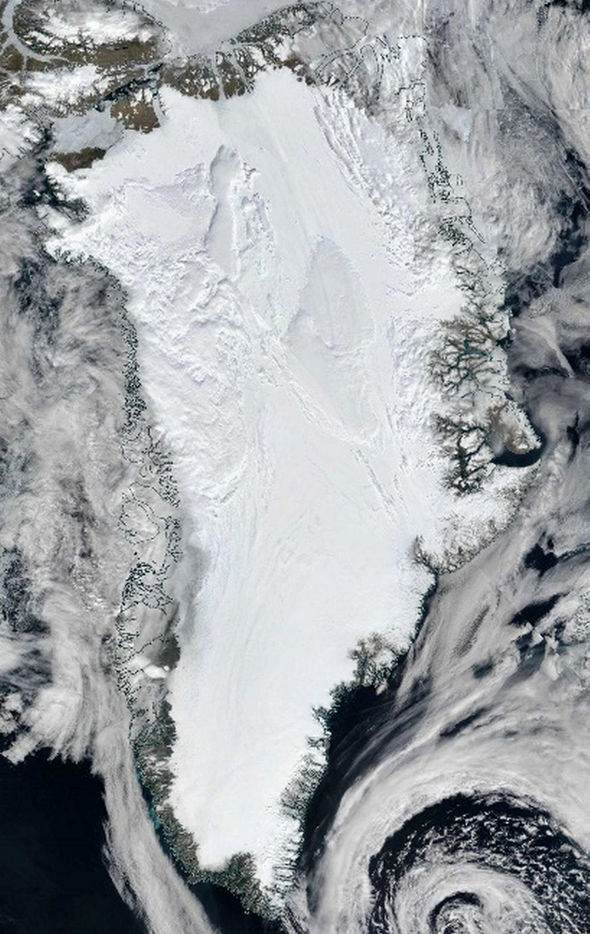 Using this hypothesis, the simulations hint of a waterway running from Greenland’s heartland to the sea, with liquid water traversing the uninterrupted pathway.

The authors added: ”Along its length, the path of the valley progresses gradually down an ice surface slope, causing a lowering of ice overburden pressure that could enable water flow along its path.”

If water is flowing, the model suggests it could traverse the whole length of the valley because the valley is relatively flat, similar to a riverbed.

This indicates no areas of the ice sheet should form a physical barrier to the water.

The simulations also suggest there was more water flow towards the fjord with a level valley base set at 1,640ft (500m) below sea level than when set at 320ft (100m) below.

In addition, when melting is increased only in the deep interior at a known region of basal melting, the simulated discharge is increased down the entire length of the valley only when the valley is unblocked.

Taken in total, it implies a highly-nuanced relationship between the valley form and overlying ice can allow a very long down-valley water pathway to develop.

Dr Ralf Ralf, also involved in the study, said: “This could introduce a fundamentally different hydrological system for the Greenland ice sheet. 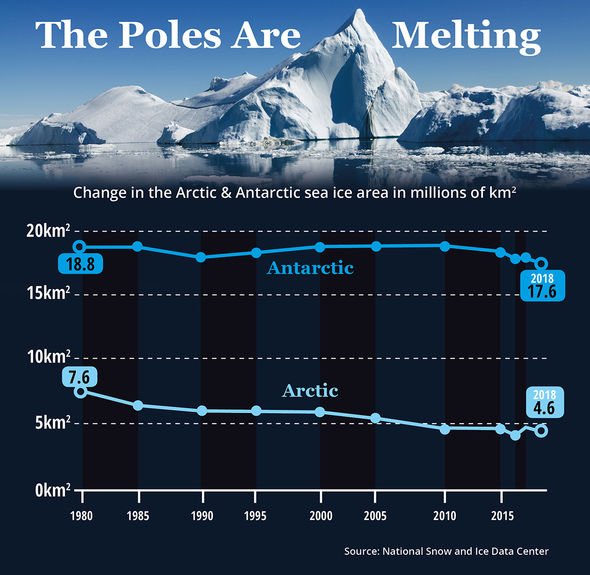 “The correct simulation of such a long subglacial hydrological system could be important for accurate future ice sheet simulations under a changing climate.”

And although the findings remain for the time being hypothetical, the scientists suspect future aerial surveys will eventually confirm the computer modelling.

If so, it would not only confirm the Dark River is real but would also mean climate change scientists have attained a new standard for modelling the behaviour of the ice sheets.

This will in turn reveal far more about the extremely complex and mysterious body predicted to be of vital importance on anticipated future sea-level rise. 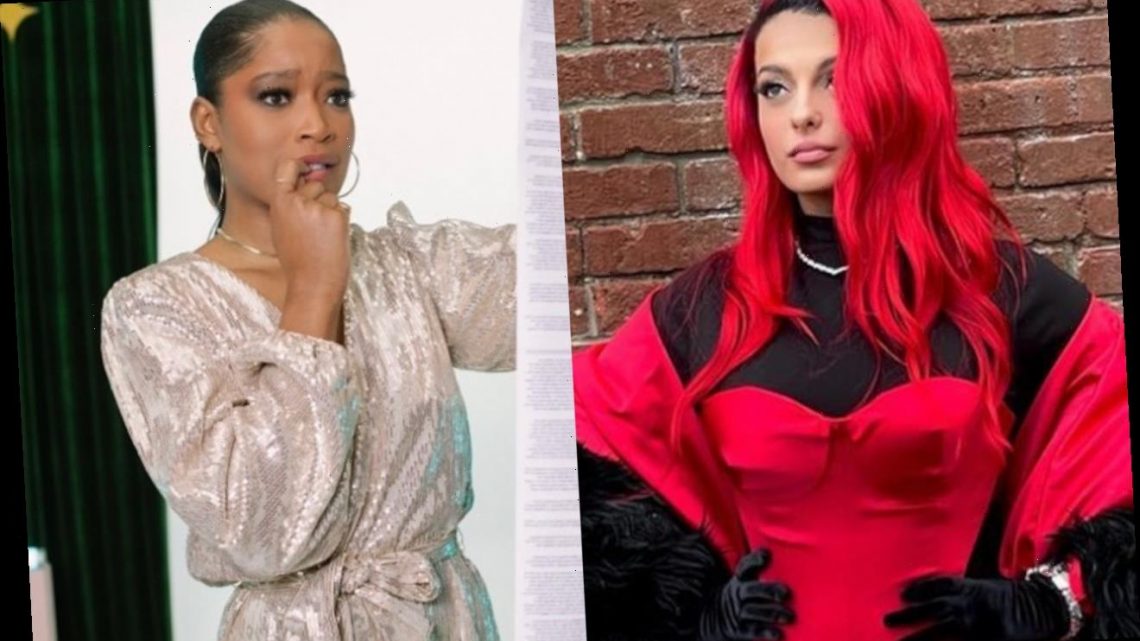