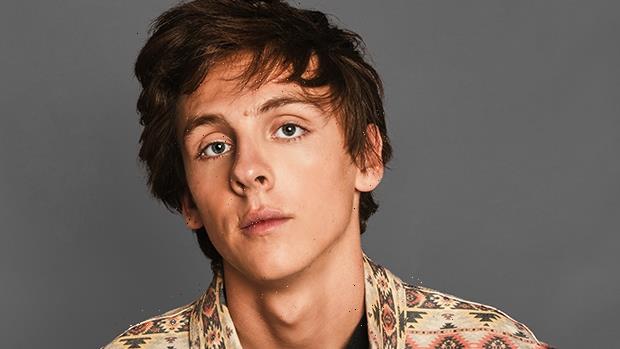 ‘Cobra Kai’ season 4 was a big one for Hawk. HL spoke EXCLUSIVELY with Jacob Bertrand about Hawk’s most game-changing moments, including the mohawk shocker, the finale, and more. SPOILERS!

The way Eli “Hawk” Moskowitz started Cobra Kai season 4 was not how he ended it. The iconic mohawk that has become synonymous with the character was shaved off in episode 5 as the rivalry between Miyagi-do and Cobra Kai raged on. Despite this jaw-dropping moment, Hawk emerged like a phoenix by the end of the season.

Hawk ended up going toe-to-toe with Robby Keene in the All-Valley tournament. Hawk was victorious in taking down Robby on the mat, and he did it all without the mohawk. Jacob Bertrand spoke EXCLUSIVELY with HollywoodLife about Hawk losing his mohawk, the showdown with Robby, what season 5 will bring, and more. Read our Q&A below: 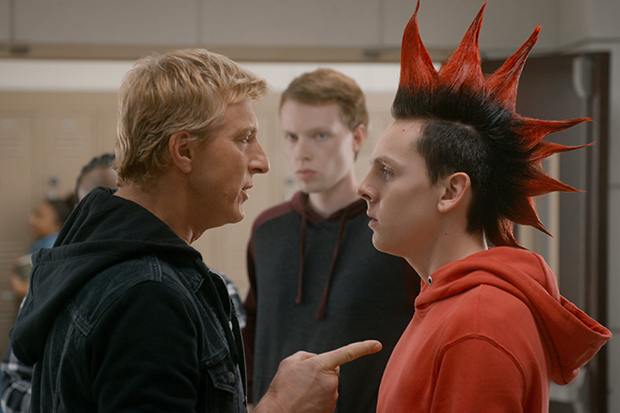 Episode 5 was a monumental one for Hawk. The remnants of his beloved mohawk ends up on the floor. What was your reaction to Hawk’s iconic mohawk getting shaved off?
Jacob Bertrand: You know, I’m not going to lie, I was a little sad. When I first started the show, I was like, “Oh, I gotta get a mohawk and buzz my head? Oh my god, this sounds crazy.” And then I got the mohawk, and I got so attached to it. I was like, “What? I got to get rid of it? What do you mean? You told me this is me! Why?!” But I think it provided a lot of growth for the character. I’ve never had to do that for a role before. I think that’s almost like a rite of passage of buzzing your head for a role and that transformation, so I think that was fun to do. The writers were definitely like, “Hey, man, I know that this is a little crazy making you buzz your head. It sounds really extreme but trust us, it’s for a good arc.” And I was like, “Okay, I’m trusting you and believing you.”

So that was all your real hair?
Jacob Bertrand: Oh, yeah. I think the longest my hair has ever been was actually at the end of season 3. It was about 9 inches in season 3.

The mohawk has been such a huge part of Hawk’s identity for several seasons. How did you feel when you filmed your first scene without it?
Jacob Bertrand: It definitely felt really weird. The biggest thing was when I was in the shower. I was so used to having the weight of so much hair, and it felt so weird to shower and move my head around. I’d always give myself whiplash because I’d be shaking my head too hard.

Hawk does prove victorious in the end — without the mohawk. Do you think he’ll grow back or do you think this is it for the mohawk?
Jacob Bertrand: Honestly, I don’t think he will. I just don’t picture him doing that. The writers might have something different up their sleeve and a different approach to the role, but I don’t know. I just really don’t see him growing it back out. I just don’t know if that’s the most likely scenario. 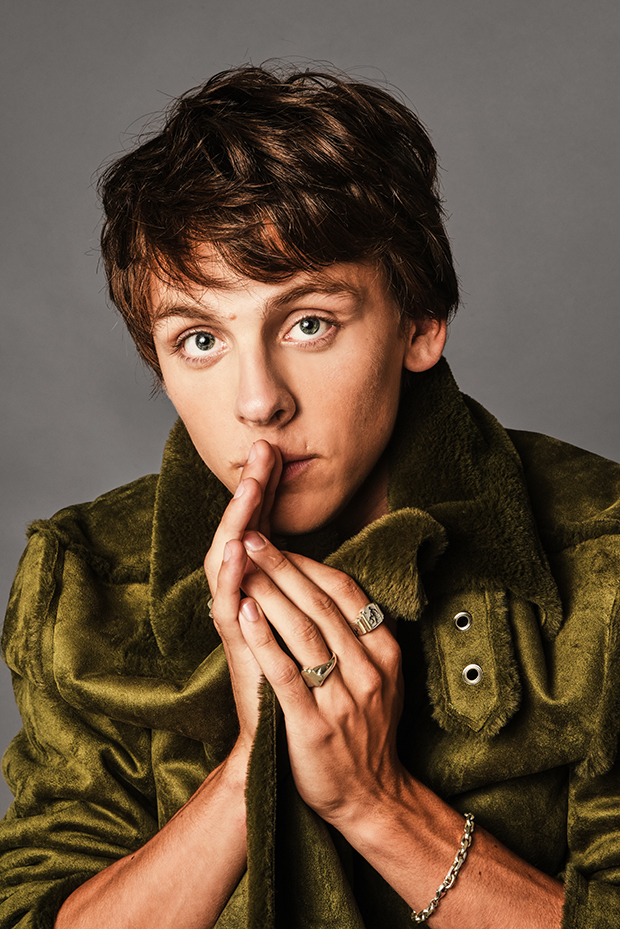 Robby was the one to shave off the mohawk. Do you think Hawk could ever forgive Robby for cutting it?
Jacob Bertrand: No, Robby sucks. No way. No way. Robby is a weenie… I think if anyone should believe in second chances it’s Hawk. I don’t think that guy has a lot of room to judge anyone for stuff like that. But that definitely is something that’s so personal. It would definitely take a long time and some very, very specific circumstances for that to happen. I honestly don’t know if it will but we’ll see. That’s all I guess we can speculate on.

Hawk does get his revenge on Robby when they face off in the All-Valley. Not going to lie, I cried when Hawk won. It was such an epic fight between the two of you. Do you think that was Hawk needed to get his confidence back without the mohawk?
Jacob Bertrand: Yes, I think not even necessarily winning, I just think hearing from Moon in that specific way I think really changed him and gave him the confidence that he needed.

The fight was so intense, and then you both took your shirts off in the middle of it. How much of that fight was just the two of you and were stunt doubles used?
Jacob Bertrand: In terms of the shirt-off stuff, that was all us. Yes, those are my real nipples. That was all us. In terms of the stunts, I think in season 4 there’s only one little take of the show where my stunt double is shown. This is something I’m really proud of. The only time my stunt double came in was for this one little thing. Everything else I got to do. Basically, he jumps up into this flying triangle and Don wouldn’t let Thomas catch me and throw me on the ground, but pretty much everything else I got to do.

Hawk versus Robby, would you want to see a rematch at all?
Jacob Bertrand: Oh, yeah. I mean, I would be down for a rematch. I don’t know if Robby would be. He got owned. I don’t know how you come back from that. It’s just kind of embarrassing.

Over the course of season 4, we saw Kenny go to the dark side, in a sense. Do you think Hawk has any regrets about how he treated Kenny?
Jacob Bertrand: You know, when talking about season 4, I actually don’t view Hawk as ever bullied Kenny, which I know is probably an unpopular opinion. But I mean, from his perspective, when he first sees him in the bathroom he pins him up against the wall. He just walks in and sees Kenny about to beat up two kids, so he steps in and intervenes. Seeing him having a Cobra Kai T-shirt, he sort of assumes a lot and I think decently for the most part gets it right. He’s just a very aggressive kid who’s in Cobra Kai and is being led astray. I think Hawk’s very harsh in the way he delivers the message of you got to be careful dealing with those Cobra Kai guys. Get out of there while you can, but that’s actually something I talked about with the writers. I didn’t want Hawk to feel super abusive and aggro towards Kenny just because I feel like Hawk has grown past that. Now he’s on the good side. He’s not going to be actively seeking out people to bully. 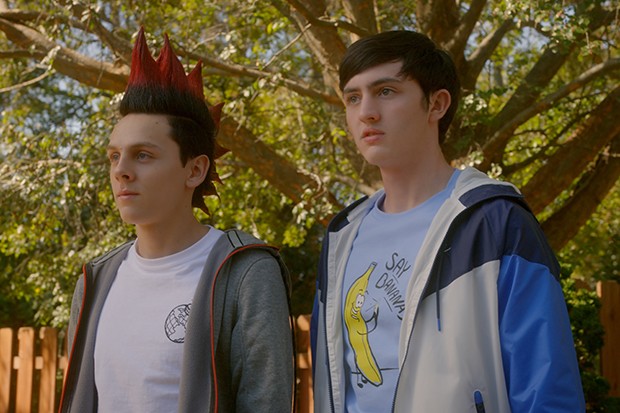 I think he’s very much tough love.
Jacob Bertrand: I think that is especially a hard thing to do in a karate show when we’re constantly punching each other. But other than that, I would say he’s just a little mean to Kenny.

When it comes to Miguel, he bails in the middle of the All-Valley. Will Miguel be back in season 5? Or is he going to be off trying to find his dad?
Jacob Bertrand: He’s definitely in the season, and he actually has a great little arc going off looking for his dad. I can’t wait for people to see it. I was very adamant about going on the trip to help look for his dad, but you know, we’ll see if I end up making it to Mexico with him.

In season 5, will you be going by Hawk or Eli? What’s the stance?
Jacob Bertrand: I can’t tell you that.

Is there anything you can tease about what’s next for Hawk in season 5?
Jacob Bertrand: He’s a champ now and a lot comes with that. Being the champ the All-Valley champ in The Karate Kid universe at least is like winning the Super Bowl, so I think a lot of eyes are on him. He’s got a lot to live up to. I think with that comes a lot of confidence. I think Hawk is walking around with a lot of confidence now. Do with that information what you will. Next season will be really fun.

You also have an awesome podcast with your co-star Xolo Maridueña called Lone Lobos that you both launched earlier in the year. What has it been like balancing that while obviously filming Cobra Kai?
Jacob Bertrand: It’s been actually pretty smooth sailing so far. We haven’t had any crazy scheduling conflicts in terms of when we’re filming the show. Xolo and I live together when we’re filming in Atlanta, so that makes it really, really easy because we’re just sitting on opposite sides of the couch from each other when we’re doing the podcast. It’s been great so far. I’ve been having so much fun doing it. I didn’t listen to a ton of podcasts before we started, and now that we’re fully into it, I’ve been listening to a ton. 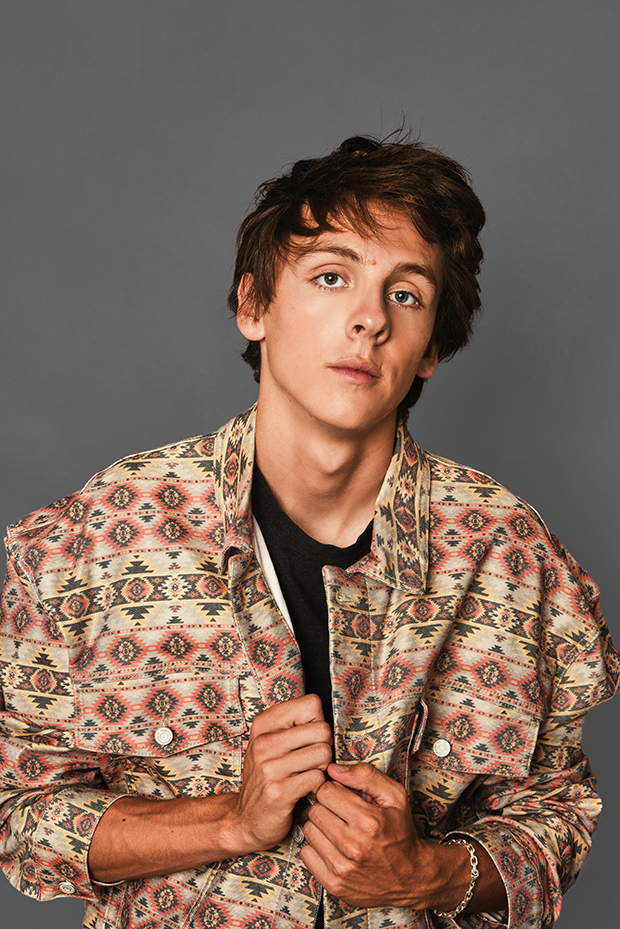 You have this amazing partnership with Smile Train, and you’re their new celebrity ambassador. Tell me a little bit about getting involved in that and what that’s meant to you.
Jacob Bertrand: When I first got the part, I didn’t know a lot about you know cleft-affected. I didn’t know anyone who was cleft-affected. In doing research about it and asking questions about it, getting to work with Smile Train and meeting a lot of people who are cleft-affected, and hearing their stories and all the things they went through, it really helped me with the headspace of the character, especially in the first couple seasons when he’s getting bullied. I can’t really truly understand the emotional and physical turmoil of being cleft-affected, but I love that the show has a character like Hawk who does have a cleft lip because I honestly can’t think of a lot of other shows or even a big show on Netflix that has a character that is representing the cleft community. When Hawk was being a little mean, he’s a bad representation, but now he’s on the good side. He’s on the right track. Smile Train is great. I love being able to help them and partner with them. They do a lot of work to destigmatize how the community is viewed, and they do so much work in so many other countries. They’re just a great force, and they go out to all these other countries and they teach other doctors how to give them the tools and how to do all these surgeries. They really do full comprehensive care post-op and pre-op. They’re just a really awesome community that I get to be a part of, and it’s awesome that I get to get to use my platform to amplify everything that they’re doing. 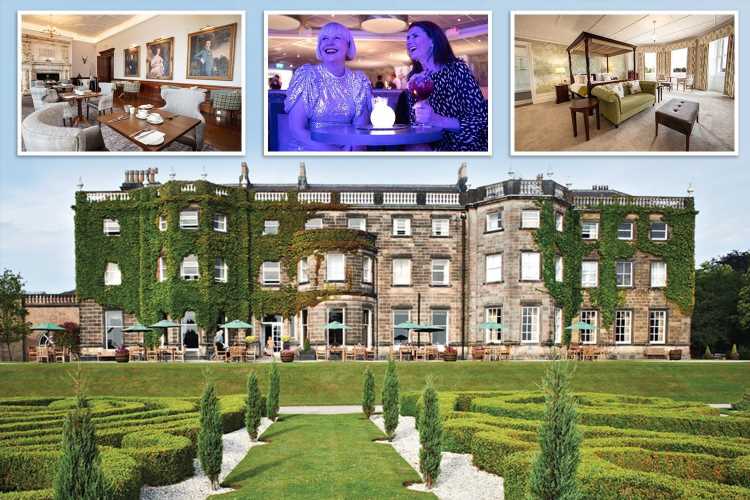