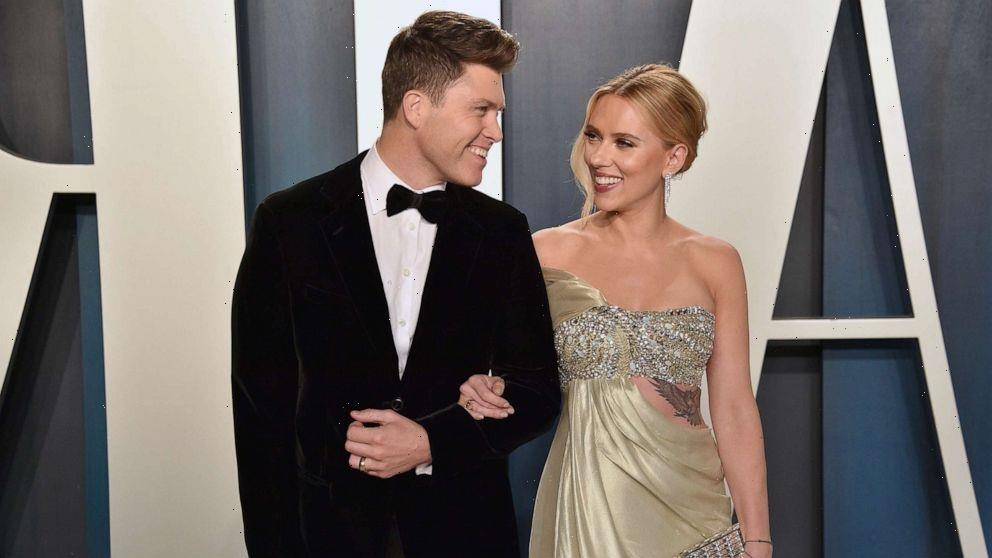 The “Saturday Night Live” star, who was performing two sold out shows at the Ridgefield Playhouse in Connecticut, told the audience on Saturday that he and Johansson are about to become parents.

Allison Stockel and Jared Shahid, the Playhouse’s executive director and artistic director, respectively, confirmed to ABC Audio that Jost broke the news at their venue.

“Colin announced from the stage that he and Scarlett are expecting soon. I think it was fun for our audience to hear such big news unexpectedly,” Shahid remarked. “The crowd was very excited — everyone cheered and clapped.”

Both Stockel and Shahid described Jost’s announcement as “casual,” so both of them “assumed it was public knowledge.”

Review: 'Black Widow' is a Marvel movie like you've never seen before

Scarlett Johansson says she 'made a career' out of her controversies

Shahid also explained to ABC Audio that Jost’s performed a “Yondr show,” meaning all recording devices were not permitted and phones were placed in magnetic pouches during the event, “So no one was able to post about it.”

“It’s been fun to see the story develop over the last couple days,” he added.

The child will be Jost’s first and Johansson’s second. The actress shares 6-year-old daughter Rose Dorothy with ex-husband Romain Dauriac.