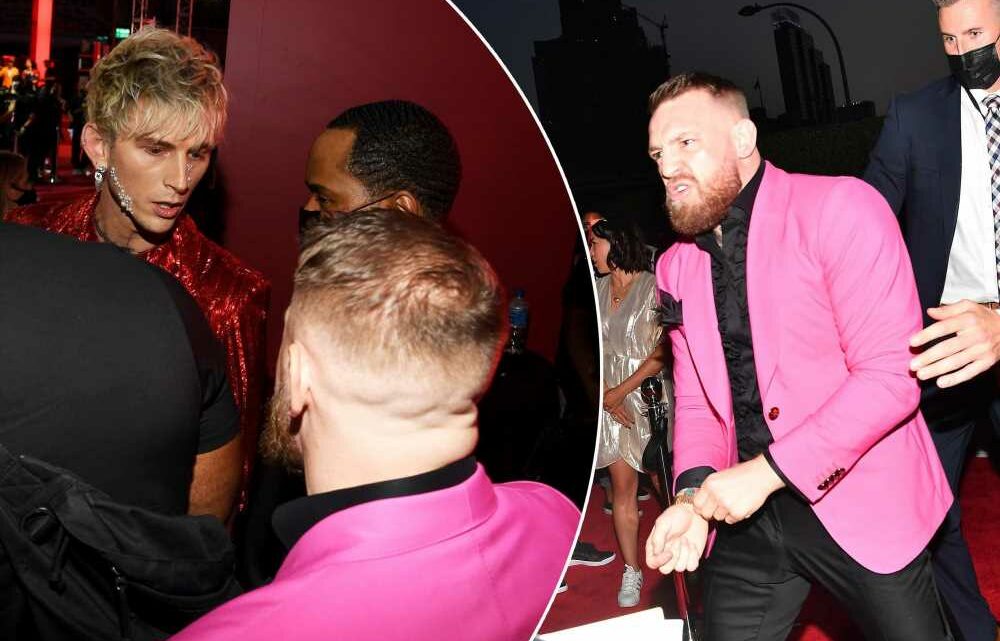 At least no one threw a shoe.

Conor McGregor and Machine Gun Kelly had to be separated after getting into an altercation on the VMAs red carpet at Brooklyn’s Barclays Center on Sunday night, Page Six has learned.

A spy told Page Six they “got into a fight at the top of the carpet” and “had to be pulled apart.”

Photos show the UFC champ, 33, and “Bloody Valentine” singer, 31, being pulled apart by what looks like security after the scuffle broke out. 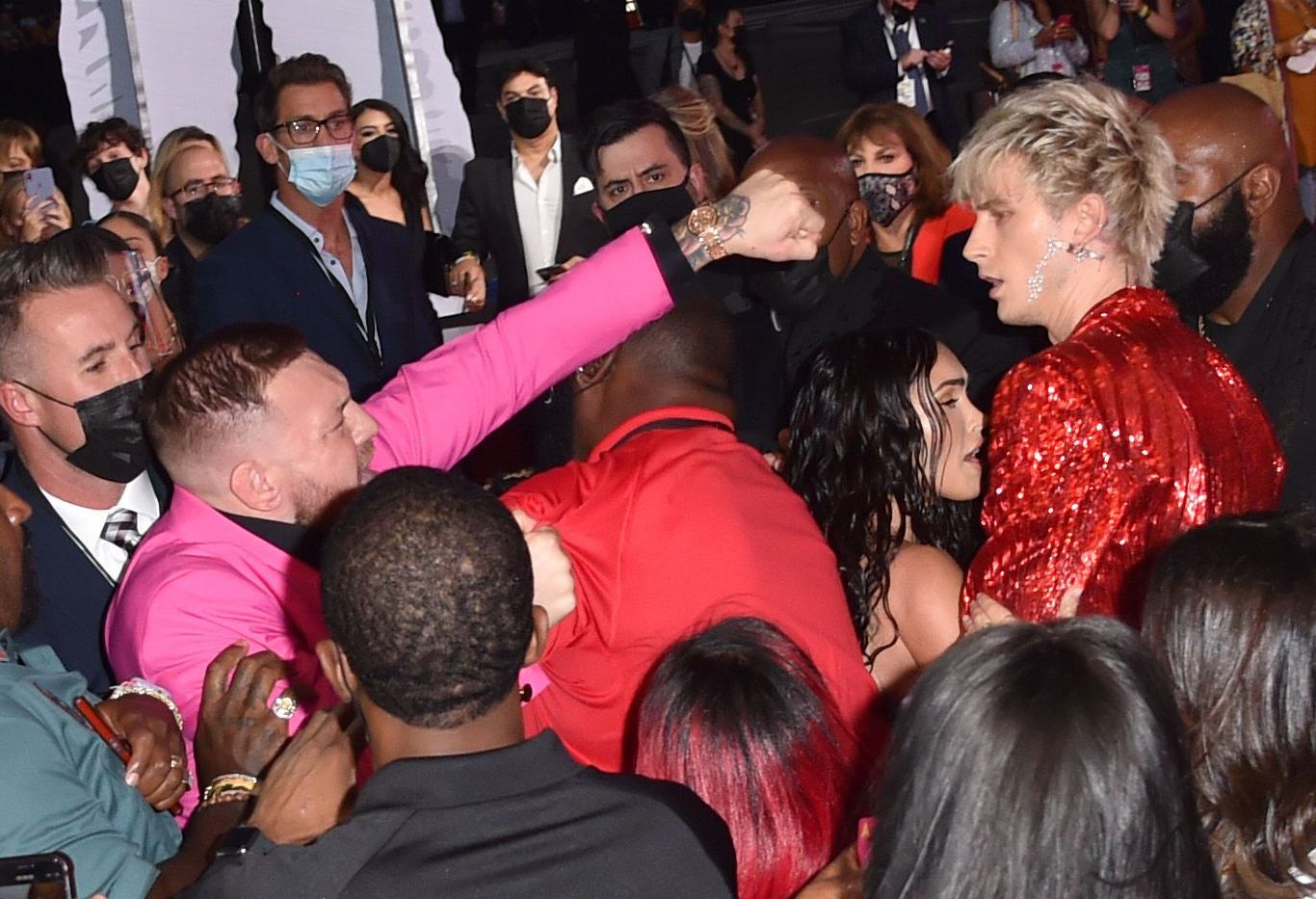 Our source added that McGregor allegedly threw his drink at Kelly and then the fight broke out.

“They scuffled then it settled down and Conor went for him again,” the source said, adding, that the photographers “weren’t happy” and were “saying they were going to boycott Conor because they were worried MGK and Megan wouldn’t walk.”

Another source told us that security had to get involved and “everyone was screaming.”

“[McGregor] was ready to throw fists,” the second source said, adding, “Security was having trouble holding him back.”

It wasn’t immediately clear what the squabble was over but McGregor’s rep denied that the fight occurred despite the photo evidence.

“Conor only fights fighters,” his rep told Page Six in a statement.

Kelly’s rep did not immediately respond to our request for comment. 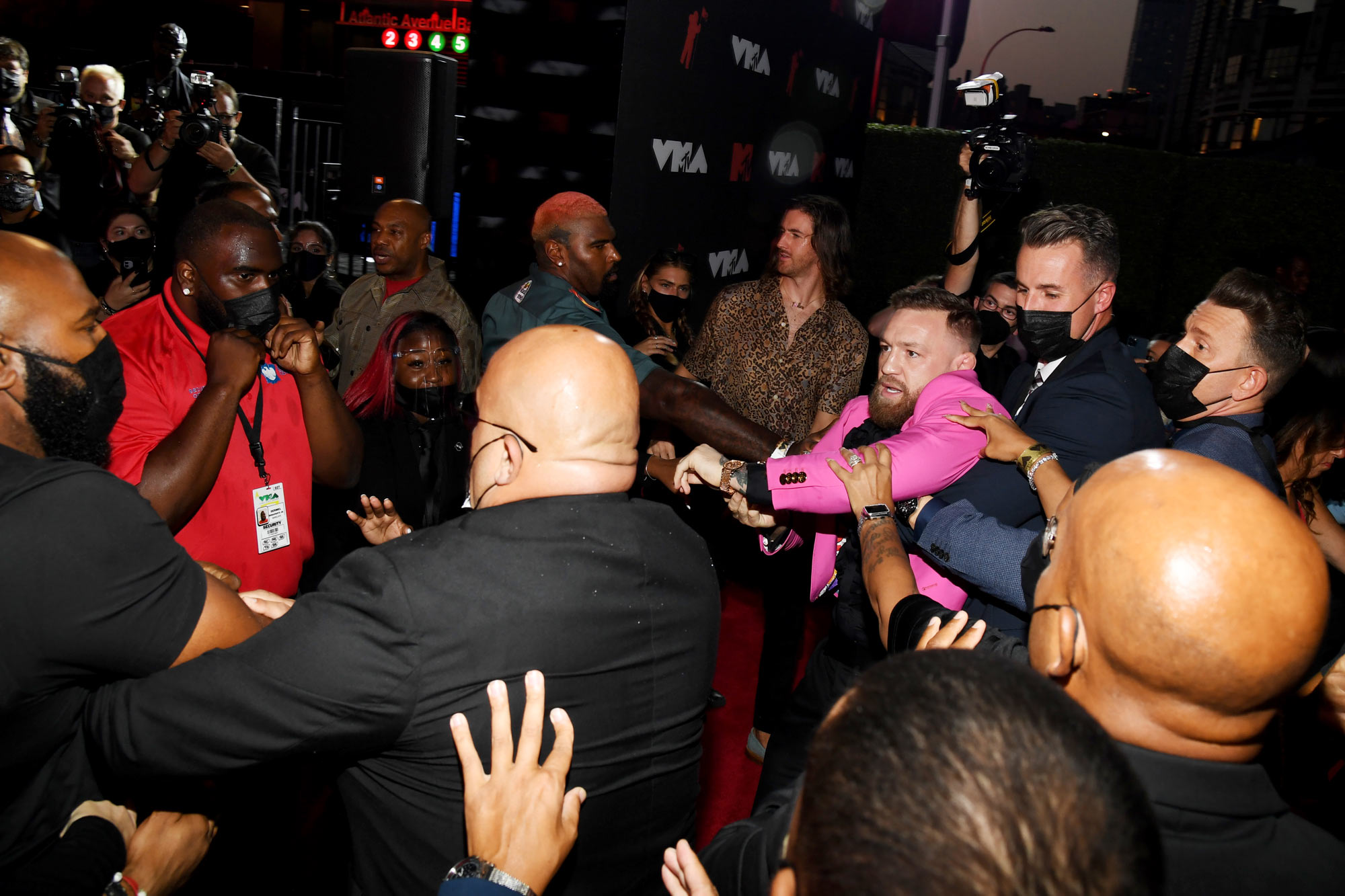 They seemingly recovered rather quickly from the fight as Kelly was seen walking the red carpet with girlfriend Megan Fox soon after. The pair couldn’t keep their hands off each other and were seen showing serious PDA as they posed for photographers. 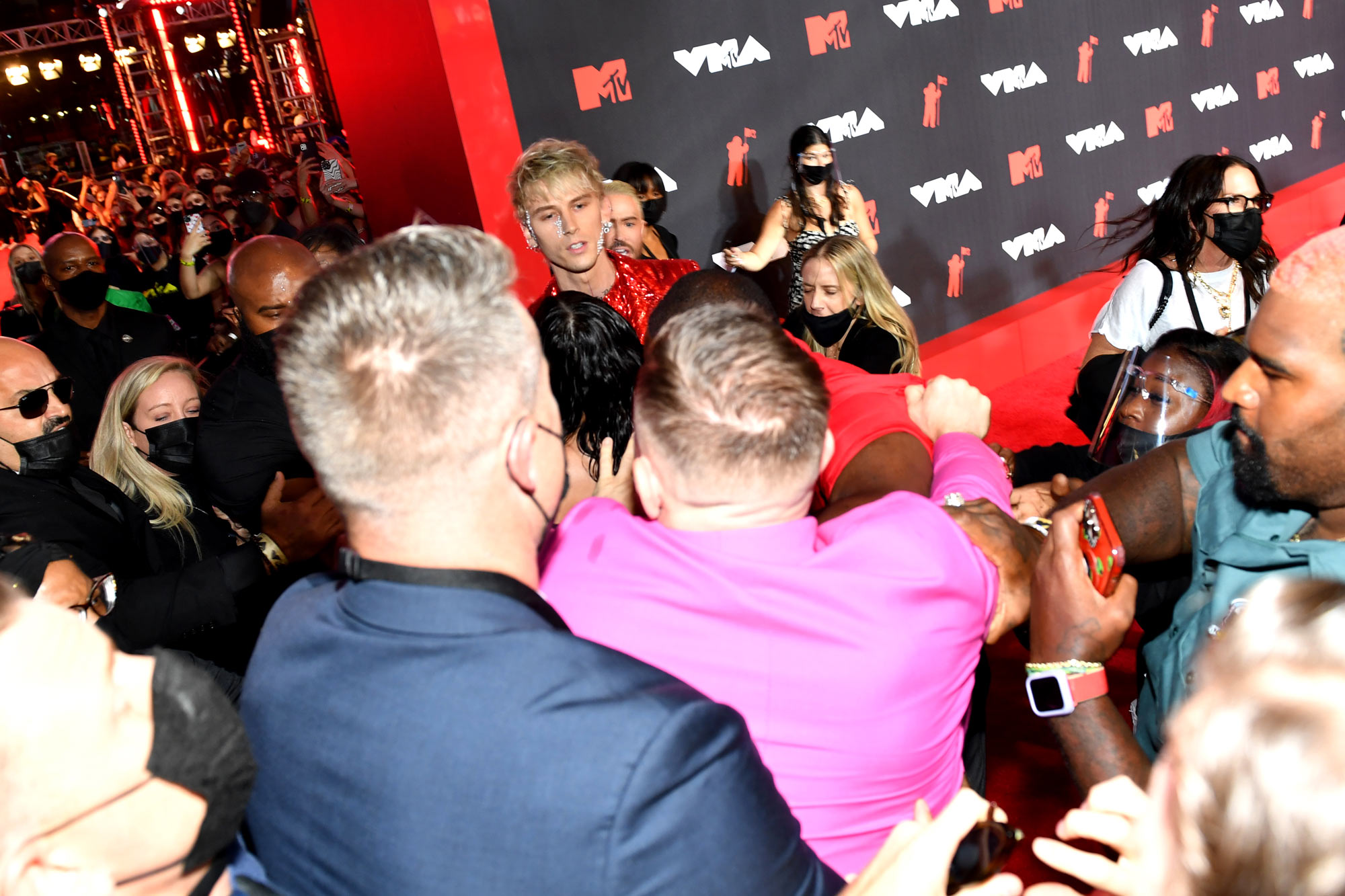 It doesn’t seem that MGK and McGregor had any prior beef and the singer was even seen attending his UFC 260 fight in Los Vegas with Fox as well as Kourtney Kardashian and Travis Barker in March.

Kelly is set to perform during the award show later in the evening. Other performers include Doja Cat, Lil Nas X, Kacey Musgraves, Alicia Keys, and more.