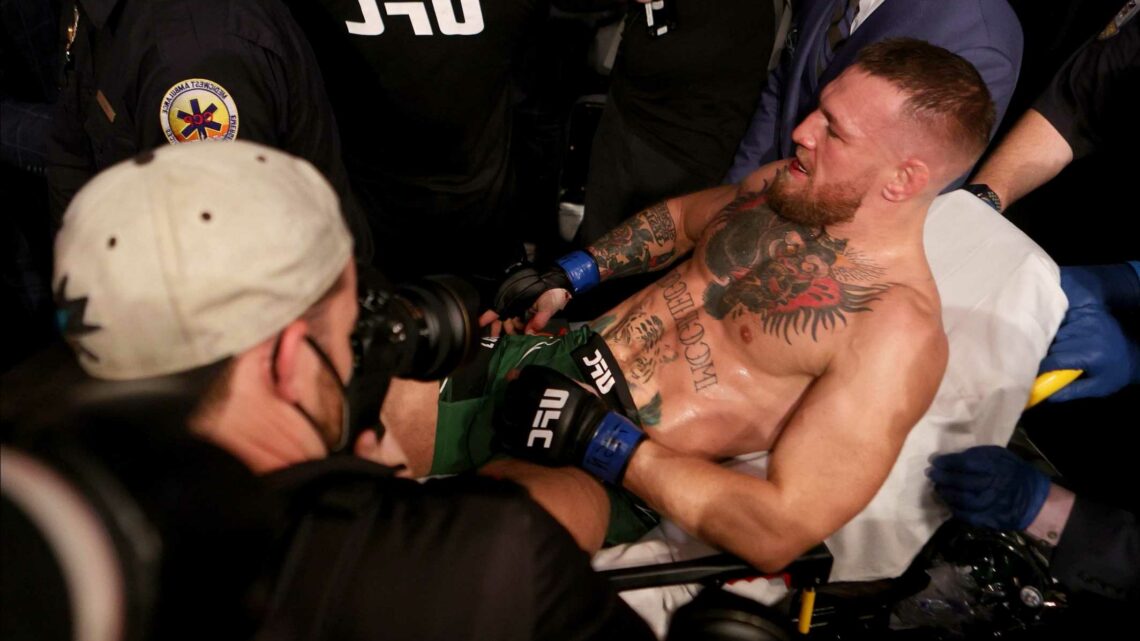 KHABIB NURMAGOMEDOV and Daniel Cormier were among those to point out how Conor McGregor's pre-fight prediction came back to haunt him.

McGregor faced Dustin Poirier in a trilogy bout as they looked to settle their series with a win each. 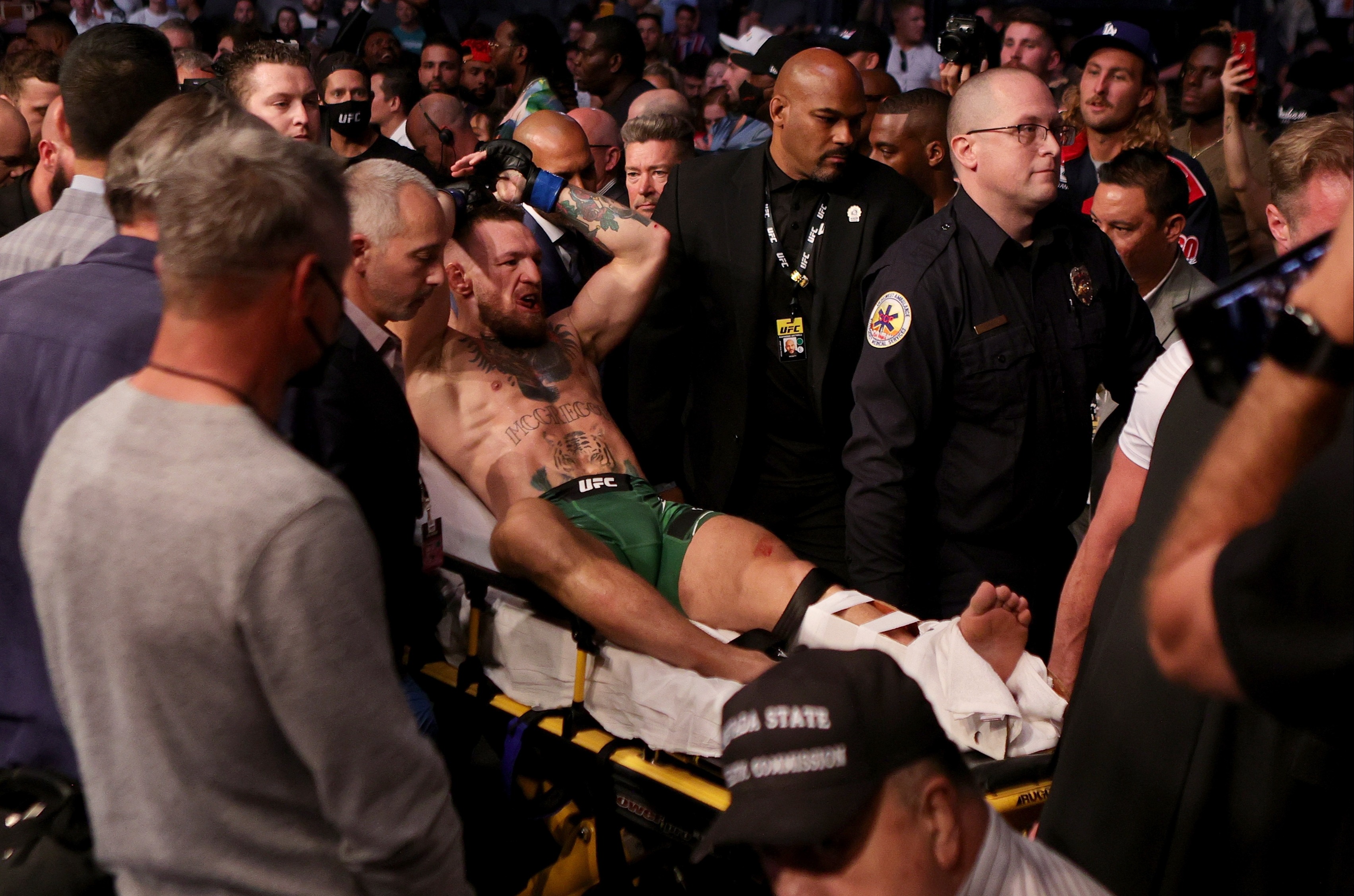 Beforehand, the Irishman said: "I'm going to kill this man. He's going out on a stretcher."

But in a shocking turn of events, it was McGregor who was stretchered out of the T-Mobile Arena in Las Vegas after suffering a horror ankle injury.

The former two-weight champion attempted a kick towards the end of the final round, but then collapsed afterwards with his leg giving way.

He survived the remaining seconds but was clearly unable to carry on as the doctor stopped the fight.

After McGregor was assisted out of the octagon full of cheers and fanfare, but he faced backlash online.

Cormier, 42, tweeted: "Crazy to think that at the end of the weigh in Conor said he would be taken out on a stretcher.

"And now Conor gets taken out on a stretcher. Man this game we play is so crazy!!!! Hats off to the Diamond of Lafayette!!"

McGregor was taken to hospital where he will undergo surgery, UFC president Dana White confirmed.

He said: "All that stuff, you can't do the hypotheticals in this sport.

"It's all about timing and what's going on and what has happened since then.

"We've got to see how this whole thing plays out. Conor goes into surgery tomorrow.

McGregor left adamant on keeping the chapter open, meaning a FOURTH fight between himself and Poirier cannot be ruled out if he makes a recovery.

"Usual s***e, dive to close the distance. This is not over. I have to take this outside with him, it's all outside."

Exclusive: We Three on Their 'Sara' Music Video and Partnership With To Write Love On Her Arms