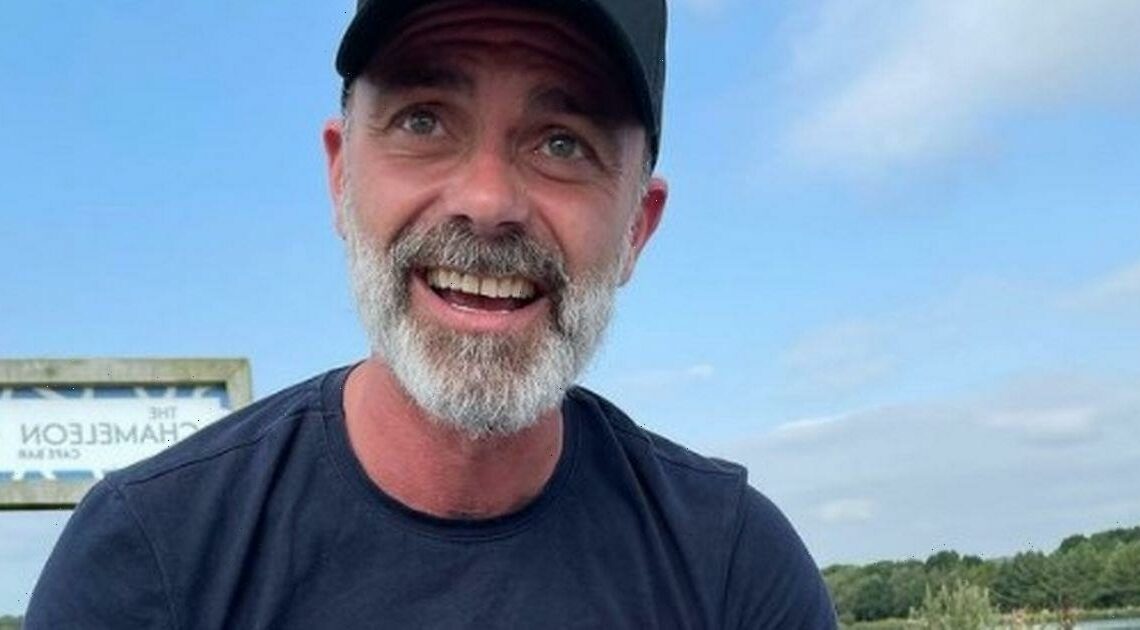 Coronation Street star Daniel Brocklebank suffered a nightmare wardrobe malfunction on social media – and his fans were in stitches.

The soap star, 41, is known for playing vicar Billy Mayhew on the ITV Cobbles, but if he tried to deliver a sermon in this outfit, we're pretty sure he'd be escorted straight out of his church.

In fact, beloved actor Daniel once had a famous role in the 2001 film The Hole alongside Keira Knightley – and 20 years later, the title could not be more fitting!

Taking to Instagram to expose his pants, the bearded star could be seen showing off a gaping hole in his jeans – in one of the most revealing places.

Daniel was sporting a stylish cap and a navy top, but unfortunately it was the ripped jeans that stole the show in the hilarious photo.

The ripped hole in Daniel's jeans was right in his crotch, and so big that his red undergarments were clearly visible, next to the inside of his thigh.

Luckily, Daniel could see the funny side of his denim wardrobe blunder and flashed a hearty grin for the camera.

The brave star decided to share his pants to the world of social media in full view of his 127k followers, and it's safe to say they absolutely loved it.

Alongside the snap, the star quipped: "My life summed up in one picture."

The soap star's fans were in fits of laughter, with Daniel's co-stars joining in on the banter in the comments section below the snap.

One cheeky fan referenced his Corrie character when they commented: "This is just brilliant. Billy big b***ocks."

A third said: "Looks sore! You need a doctor?"

Daniel joined the cast of Corrie in December 2014, taking on the role of the new vicar at Emily Bishop's parish, St Mary's, and he began dating the barman Sean Tully – though his storylines soon grew and he was recently involved in a love triangle with bad lads Todd Grimshaw and Paul Foreman.

His other TV credits include Casualty, The Bill, Waterloo Road and Doctors.

'90 Day Fiancé': Corey Cheated on Evelin While They Were on a 'Break'