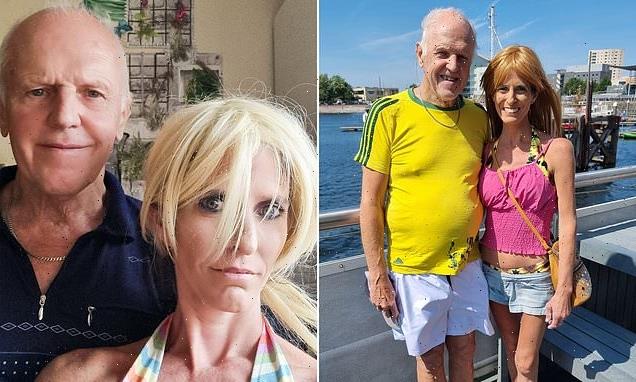 Woman, 41, who fell in ‘love at first sight’ with her husband, 74, says they want to have children despite being turned down for IVF on the NHS – and the only challenge with the age-gap is he struggles to keep up with her sexually

A woman whose husband is 33 years her senior said it is their ‘dream’ to start a family together.

Shannon Quinn, 41, and her husband, Stephen Quinn 74, from Newport, Wales, met in 2014, bumping into each other in the playground of a primary school where Stephen’s children attended and where Shannon worked.

Stephen, who is only a few years younger than Shannon’s parents, is often mistaken for her father when they are out together but the couple insist they don’t care what strangers think because they have found true love.

She admits the only slight setback is that Stephen sometimes struggles to keep up with her sexually but that they are still ‘soulmates’. 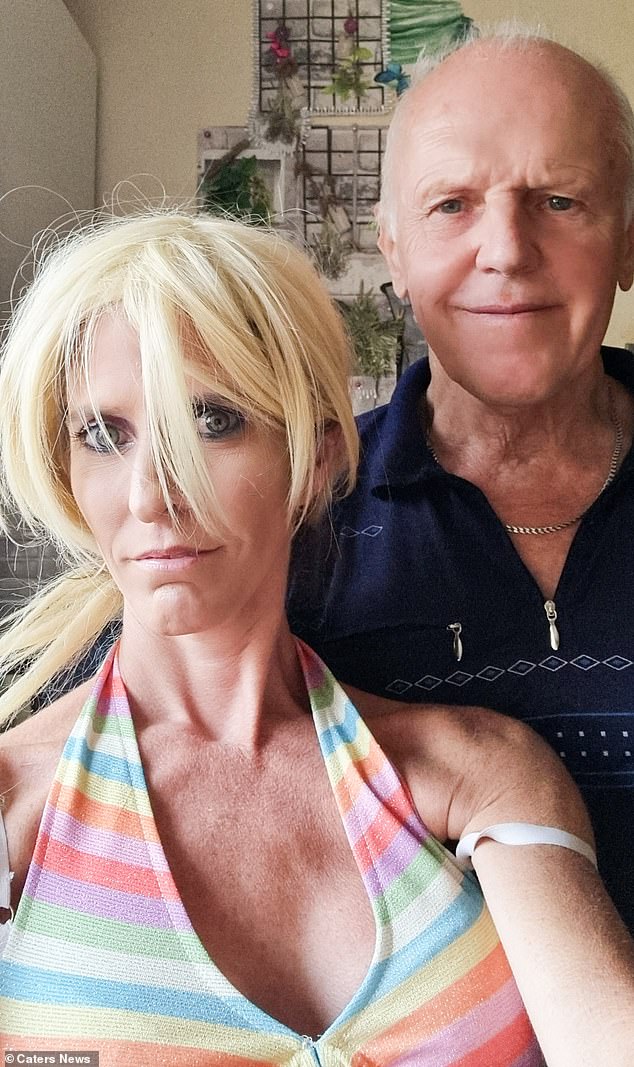 Shannon and Stephen say they are ‘soulmates’ and ‘fell in love at first sight’ despite being turned down for IF on the NHS, the couple are still hoping to fall pregnant naturally 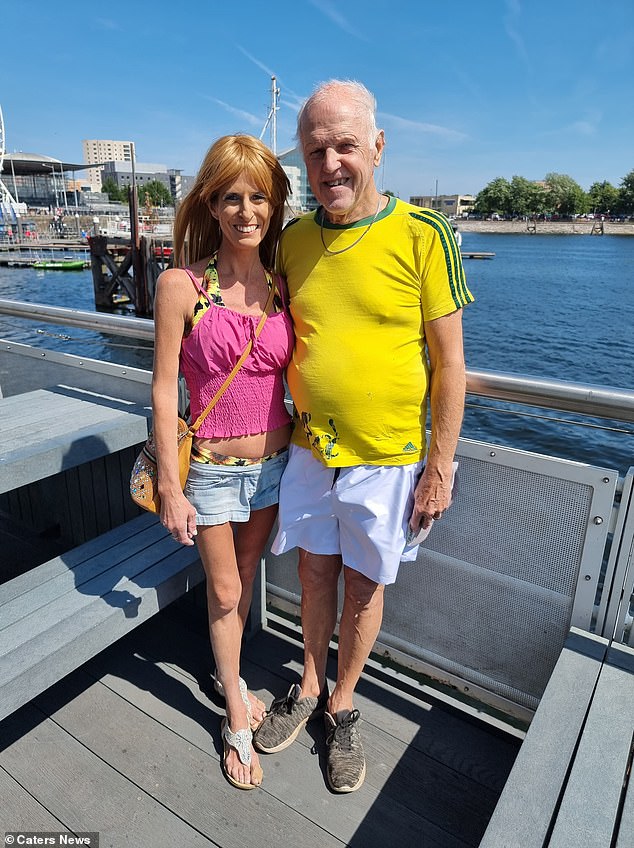 Shannon Quinn, 41, and her husband, Stephen Quinn 74, from Newport, Wales, met in 2014, bumping into each other in the playground of a primary school where Stephen’s children attended and where Shannon worked

The mother-of-two said she was drawn in by her lover’s ‘sexy smile and blue eyes’.

‘As soon as I saw Stephen, I fell in love with him, and he says the same thing happened when he saw me,’ she said.

‘His sexy smile, kind nature, blue eyes, and the way he embraced me the first time we met, made me fall head over heels.

‘We have a magical relationship, and we don’t care about people who judge us. People always think Stephen’s my dad, and or my kids’ grandad when we are all out together, but we just totally ignore it.

The couple, who have been together nine years, want to have children together but have been turned down for IVF funding on the NHS. 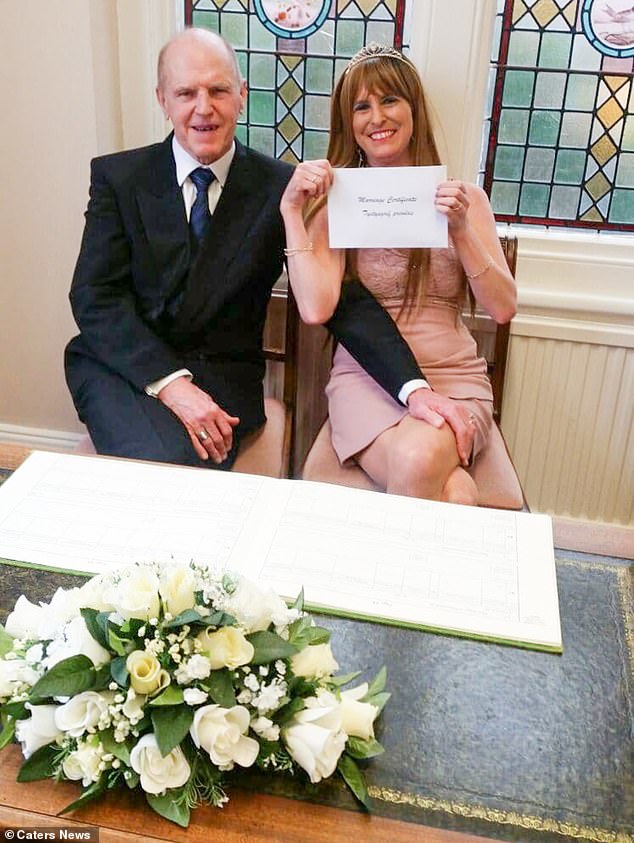 Mr and Mrs Quinn on their wedding day in 2017. Shannon says the only issue in their relationship is Stephen’s inability to keep up with her in the bedroom but nine years after they met the couple insist they are ‘stronger than ever’

Shannon said: ‘I would love to have a baby with Stephen. Unfortunately I had to undergo chemotherapy in 2014 for breast cancer.

‘I’m taking my chances though and I’ve refused to take the after-treatment drug, as it brings on early menopause and then I’d not be able to fall pregnant.

‘We’ve already been turned down by the NHS for IVF because we both already have two kids each, but I find this so unfair because we want a family together.

‘I genuinely need the help of IVF. I’m not taking any contraception, so I’m praying one day I’ll naturally fall pregnant so we can have a baby together. It’s our dream.’

Shannon says the only challenge that comes with their age gap relationship is Stephen being able to keep up with her sexually.

Aside from that, she believes they’re soul mates, stating she’d be happy to live on a desert island with just him alone.

She said: ‘My kids weren’t bothered by my relationship with Stephen, they love him like their own father.

‘His kids also love me. We’re like one big happy family. I already had a relationship with his children because they went to the primary school I worked at.

‘They’ve grown up around me and we have an amazing dynamic. It doesn’t matter about age, it’s what’s in the heart that matters. He is my one true love and best friend.

‘We spend all day, every day together and we never get bored or fed up. If anything happened to Stephen, I wouldn’t bother trying to find another relationship because nothing would compare to this.’