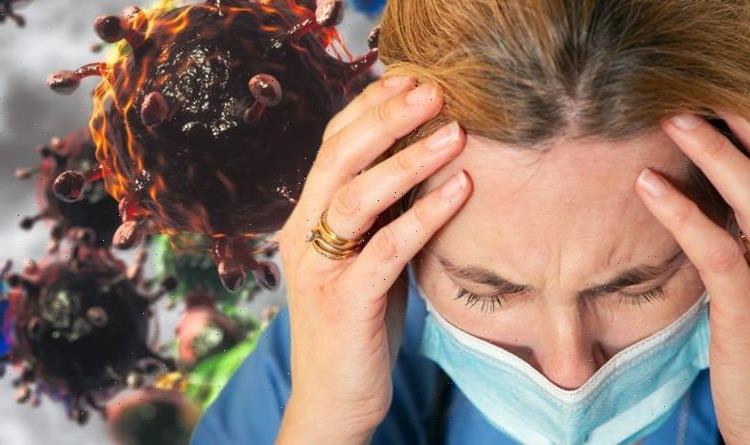 The Delta variant devastated many parts of the world just as the dust was settling from the first wave of the pandemic. It has proven to be far more transmissible than its predecessor and undercuts some of the protection offered by the vaccines. But, according to Immunologist Professor Doctor Sai Reddy, this could be a dress rehearsal for something much worse to come.

In a call to arms, professor Reddy said we “have to prepare” for a new emerging variant in 2022 that could pose a “big risk”.

He explained that it was “inevitable” that concerning variants currently circulating will combine to make a strain more deadly.

Prof Reddy said: “Covid-22 could get worse than what we are witnessing now.

“If such a variant appears, we have to recognise it as early as possible and the vaccine manufacturers have to adapt the vaccine quickly.

“The emergence of this new variant is the big risk. We have to prepare for it.”

He issued his dire warning in an interview with the German newspaper Blick.

Prof Reddy said the Delta variant is the most contagious strain the world has had to reckon with thus far.

But it has not got “escape mutations” – genetic features that help it to evade the immune system.

Escape mutations, seen in some variants such as Beta, undermine some of the effectiveness of the vaccines, prompting the need for further tweaks.

Prof Reddy said a combination of these factors – either more deadly, transmissible or immune evading – could prove to be a lethal cocktail that sets some of the world’s progress back.

He said: “It is the next phase of the pandemic when Beta or Gamma become more infectious or Delta develops escape mutations. That will be the big problem for the coming year.”

It comes amid mounting evidence that suggests protection from the current crop of vaccines authorised in the UK wanes over time.

The latest data published to the ZOE Symptom Study App, which has monitored the impact of the vaccines on over a million users, shows declining protection in the months following the second jab.

Protection seems to drop off quite dramatically at around four months.

Although as Professor Tim Spector, lead scientist on the ZOE Symptom Study App, cautioned, the data is limited.

Nonetheless, “for both vaccines, the prevention of infection is waning over time”, he warned.

Will Camilla Ever Forgive Meghan And Harry For Hurting Prince Charles?