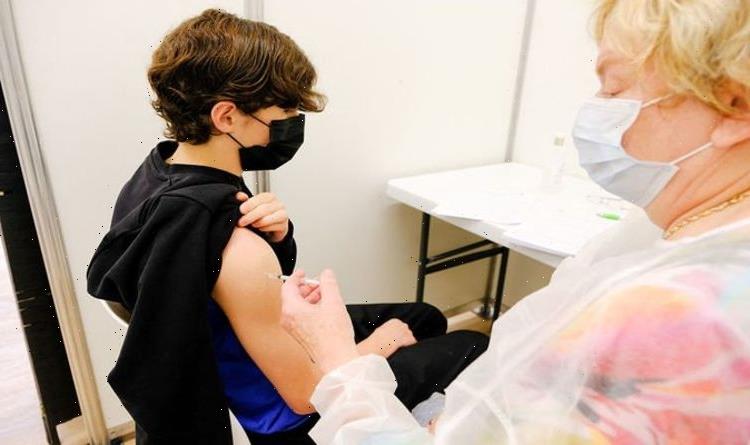 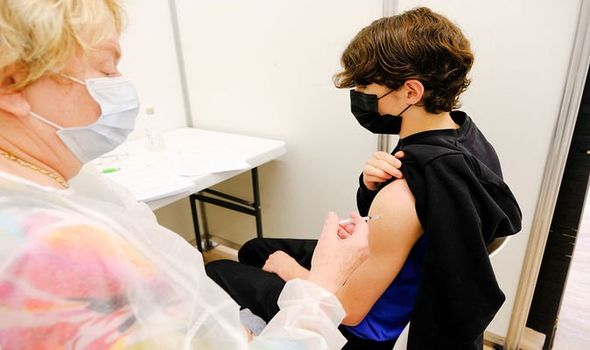 Vaccines are instead expected to be offered to those aged 12 to 15 who have health conditions that put them at higher risk from the virus or who live with a vulnerable adult. Those within three months of turning 18 will also be eligible, it was reported yesterday. Communities Secretary Robert Jenrick said the Government would make a decision when it receives the JCVI’s recommendations shortly.

He added: “We will be looking carefully at their advice when we receive it. We expect it very soon ‑ on whether or not we should open up the vaccine programme to those who are just short of their 18th birthday, to those children who have particular vulnerabilities and those who are in households where there are people who are vulnerable.”

He also told Sky News: “That seems a sensible way to proceed.” Mr Jenrick told the BBC’s The Andrew Marr Show that “the evidence so far is compelling” for extending the rollout to some youngsters.

Medicines regulator the MHRA approved the Pfizer/ BioNTech vaccine for 12 to 15-year-olds last month after a review of trial data.

It said its benefits outweighed risks but it would be up to the JCVI to advise the Government.

The US, Israel and France are already routinely vaccinating their over-12s. But experts are divided in the UK.

Some argue there is limited evidence on safety and also that the country should not give the jab to youngsters here while healthcare workers and the vulnerable in other nations have not had their first dose.

Dame Sarah Gilbert, a co-creator of the Oxford/AstraZeneca vaccine, said it should be “more of a priority to get doses to other countries that haven’t been able to vaccinate”.

However, Professor Neil Ferguson said herd immunity was not possible without giving the jab to under-18s.

Meanwhile, deaths are one sixteenth of the level seen in previous waves, the Office for National Statistics revealed.

The seven-day rolling daily toll is 40 compared to 654 on December 26 when the infection rate was close to the current 45,000 per day.

Hospital admissions are a quarter of where they were at the same point in the winter.

It has been just seven short months since the wonderful moment when the world watched Maggie Keenan become the first person to get a Covid vaccine.

Since then, the biggest and fastest immunisation programme in our history has delivered more than 68 million life-saving doses in England.

That is 310,000 every single day. Behind these huge numbers has been a huge amount of hard work to match. My colleagues have been working behind the scenes to set up 2,000 sites across the country, putting millions of doses of vaccine in arms.

Thanks to our NHS and local authority teams, who know and understand their communities, we have been able to work with local faith and community leaders and countless others to reach people from all backgrounds.

It is this concerted effort that has protected more than four in five adults across England, saving thousands of lives.

We are so grateful to the public and to Daily Express readers for playing their part by coming forward for the vaccine.

Today, restrictions ease across the country and many people will be happy to see their summer freedoms return.

Yet the rules lifting means that there has never been a more important time to get vaccinated if you haven’t already.

Our “Grab A Jab” weekend saw people in their thousands coming forward to get their jabs from pop-ups in the park and walk-in sites on the high street including Primark in Bristol and Trinity shopping centre in Leeds.

If you missed out this weekend, remember the offer is evergreen. It is never too late to take it up.

And if you know someone who has not yet done so, please urge them to book today.

We still need your help to finish the job. The more of us who are vaccinated the safer we all are.

Couples could have their weddings in SPACE by 2024