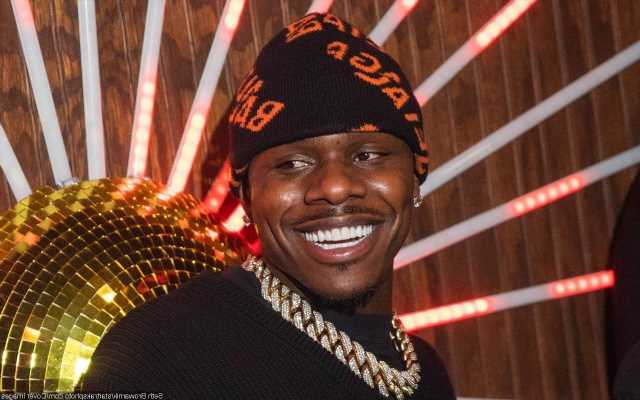 After it was reported that the show was axed because less than 500 tickets were purchased, the ‘ROCKSTAR’ spitter’s team sets the record straight in a statement.

AceShowbiz –DaBaby‘s booking agent has reacted to claims surrounding the cancellation of the rapper’s New Orleans concert, which was set to take place on September 2. After it was reported that the show was axed due to low ticket sales, the “ROCKSTAR” spitter’s team set the record straight in a statement.

Andrew Lieber, the reported CEO of a booking agency representing the rapper, said in a statement, “DaBaby’s New Orleans show was pulled by the artist’s team due to the promoter being in breach of contract.” He then assured, “DaBaby will be back in New Orleans very soon to make it up to his fans.”

Additionally, he shut down reports that ticket sales were the reason why the show was being pulled. While addressing Ticketmaster seating chart, which showed that less than 500 people purchased tickets, Lieber claimed that the chart isn’t a viable source to assess sales.

NOLA.com also shared a statement which was posted on the site. “We sincerely apologize that we must postpone the ‘For The Culture Tour’ stop in New Orleans featuring DaBaby that was set to happen on September 2nd,” the statement read. “The public information being released is false and we didn’t authorize anyone to announce the cancellation of this event.”

It continued, “Due to unforeseen circumstances, our intentions and actions have been to work with the Smoothie King Center and artist management to postpone this event. We are in the process of working with all parties involved to announce future dates and times.”

Ticketmaster’s listing for the event was deactivated on Tuesday, August 30 with an announcement which read, “Unfortunately, the Event Organizer has had to cancel your event.” NOLA.com previously reported less than 500 tickets were purchased for an arena that can hold 14,000 concertgoers.

DaBaby, meanwhile, appeared to be not bothered by the cancellation. Seemingly in response to the news, the hip-hop star took to his Twitter account to share a GIF of himself. In the GIF, the North Carolina rapper was seen slyly looking around before smirking and taking a sip of a drink, seemingly enjoying the Internet buzz that he created.

As of now, DaBaby only has two more scheduled tour dates. He is scheduled to perform at PARIS LA DEFENSE ARENA in Paris, France on October 29 and at Eleanor Tinsley Park in Houston, Texas on November 12.

Yes, Josephine and Katherine Langford Are Sisters, and the Family Resemblance Is Real