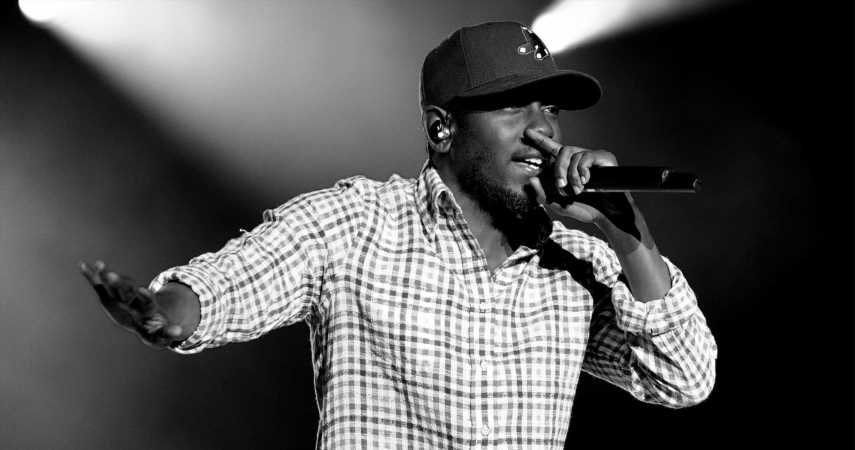 Damn: Heres How Kendrick Lamar Made His $75 Million Fortune

In this new era of rap, his greatness is regarded among that of Tupac Shakur and Dr. Dre, who are ironically two of his biggest inspirations. Kendrick Lamar has etched out his own lane in the music industry, but especially in the rap genre. Born on June 17th, 1987, he has revolutionized the rap game and has become a savior in the eyes of many at a time when the genre was losing much of its authenticity from previous years. And it’s no wonder, being that he was raised in Compton, California, one of the homes of West Coast rap. His unique style has set him aside as one of the most influential rappers of his generation, building a net worth of roughly $75 million. According to Celebrity Net Worth, Kendrick has earned over $180 million in his rap career thus far and has been labeled one of the highest-paid rappers of the year in 2018, when he made $60 million that year alone.

Kendrick’s life was never a simple one growing up. He grew up around gang members and his own father was a member of the Gangster Disciples from the west side of Chicago. As a matter of fact, his father and mother were forced to move from Chicago to California around the time of Kendrick’s birth because his lifestyle put them all in danger. One of the outstanding times growing up as a child in Compton was in 1995 when he witnessed Dr. Dre and Tupac Shakur shooting the video for California Love. Lamar was so impacted by the experience that, at 16, he went on to record his first mixtape called Youngest Head Nigga in Charge (Hub City Threat: Minor of the Year). Despite living in a less-than-ideal environment, he was still able to maintain a straight-A average in school. However, smart as he was, his sole ambition was to become a rapper, and his mixtape would go on to open numerous doors of opportunity for the young rap star.

A Damn Bright Future Ahead!

Following the release of his mixtape, Kendrick got the attention of local record labels and signed to Top Dawg Entertainment (TDE) in the early 2000s, with whom he released another mixtape. Under the name K. Dot, he also appeared alongside rising rappers Jay Rock and Ya Boy, who were both opening acts for The Game. He was even featured on two of The Game’s songs. Later in the 2000s, he made a considerable success by co-signing with Lil Wayne. It was at this time that he recorded and released another mixtape entitled C4, which was centered around Lil’ Wayne’s album, The Carter III.He then went on to form a hip hop supergroup with Ab-Soul, Jay-Rock, and Schoolboy Q titled Black Hippy. He kept himself busy by touring at that time with Jay Rock and Tech N9ne on the Independent Grind Tour, as well as releasing another mixtape titled Overly Dedicated, which peaked at number 72 in the United States Billboard Top R&B/Hip-Hop Albums chart. It was one of the songs on the mixtape called Ignorance is Bliss along with J. Cole’s introduction of him, that motivated producer and hit-maker, Dr. Dre, to work with Lamar. This also opened the door for him to work with Snoop Dogg.

However, despite rubbing shoulders with some of the greatest names in music and the entertainment industry, his biggest break came with the release of his first major studio album on October 22, 2012, called Good kid M.A.A.D City, which sold over 1.1 million copies in the United States under Interscope Records and Aftermath Entertainment. To complement his already unique rap style, other legendary artists such as Drake, Jay Z, and Anna Wise were featured on the track with producers like Dr. Dre, Pharrell Williams, Just Blaze, and Jack Splash on the production team.

Slaying In Music And The Movies

Besides his first studio album reaching No. 2 on the Billboard 200 chart, he also secured a number of features on singles with other artists such as Robin Thicke, Big Sean, 2 Chainz, J. Cole, and Birdman. The following year in 2013, it was announced by Kanye West that Kendrick would be supporting him in his Yeezus album. Within a month, he was featured on Eminem’s eighth studio album, Marshall Mathers LP 2. His next great success was a hit song he was featured on as a remix to Taylor Swift’s Bad Blood in 2015. The single shot all the way up to No. 1 on the Billboard chart, and the video for the song awarded them a Grammy for Best Music Video as well as an MTV Music Award for Video of the Year.

In the same year, he released another album titled To Pimp A Butterfly which took the No. 1 spot on the Billboard 200 chart in the U.S., Australia, Canada, New Zealand, and the UK. The album featured artists such as Ronald Isley, Snoop Dogg, Rapsody, and George Clinton. Then in 2017, he would begin reaching new heights in his career with the release of his next album, Damn, which was certified platinum. Between 2017 and 2018, he reportedly made $60 million from the album and other projects surrounding it, including being the soundtrack for Marvel’s Black Panther.

Speaking of movies, Lamar also allowed his star to shine as an actor. In 2018, he made his acting debut on the addictive Starz drama series, Power, where his confidant and fellow rap artist 50 Cent maintains his position as the executive producer.

READ NEXT: 10 Richest Female Rappers Of 2021, Ranked By Net Worth