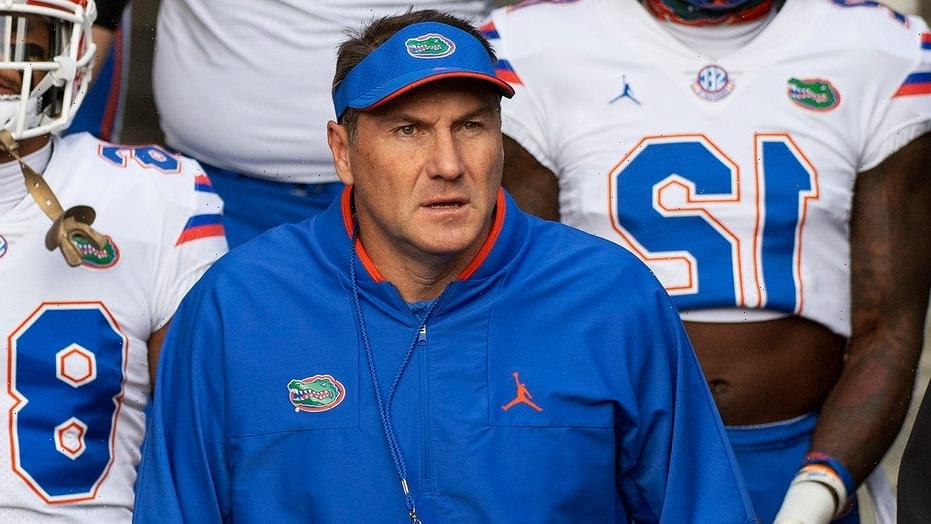 Dan Mullen’s seat is fully engulfed in flames, after Florida loses to Missouri in OT 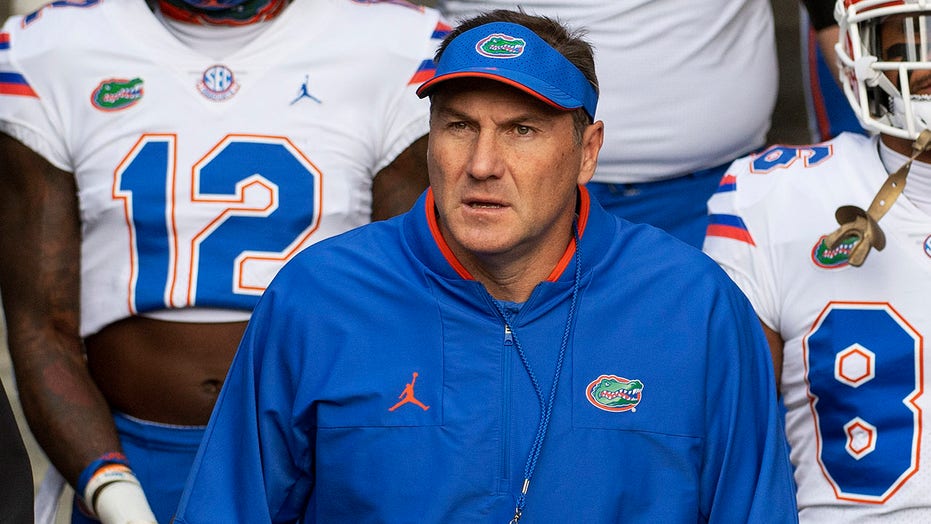 In what turned out to be the second-best game of the SEC weekend, Missouri took down Florida 24-23 in overtime to become bowl eligible. It was a game in which the experts picked the Gators to win by 8.5 points, but the Tigers had other ideas on Saturday night. The Gators were looking to follow up tonight with a better performance than what we witnessed last week against Samford. Turns out, we witnessed the same Gators football team that has been floundering along for the past two months.

Tonight’s loss put the Gators at 2-9 against Power Five opponents, going back to the loss to LSU in 2020. This was also the fourth straight loss to an FBS team, and will also give the Gators the fewest SEC wins in a season since 1986. As Dan Mullen pointed out numerous times in his postgame press conference, they have also lost seven-straight games that came down to one possession. To make matters worse, the Gators did not win an SEC game on the road this season. 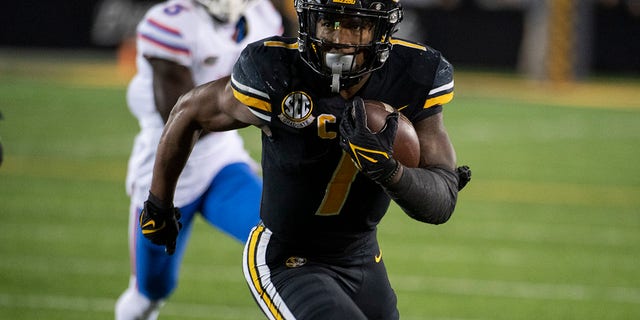 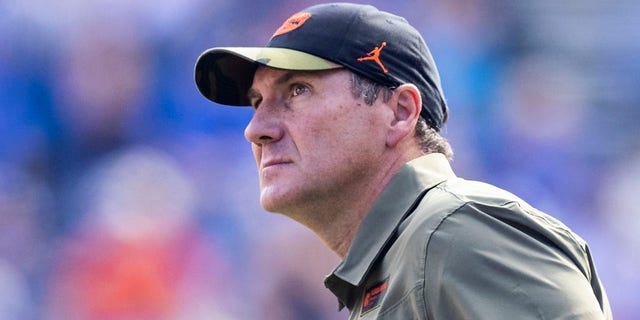 GAINESVILLE, FLORIDA – NOVEMBER 13: head coach Dan Mullen of the Florida Gators looks on during the third quarter of a game against the Samford Bulldogs at Ben Hill Griffin Stadium on November 13, 2021 in Gainesville, Florida.
(James Gilbert/Getty Images)

“Way too many mental mistakes. Missed opportunities. Seventh straight loss in one-possession games. That’s on us coaches,” Mullen said about the team’s performance.

Now, the Gators are staring down the barrel at a 5-win season, with FSU upcoming. When we discussed what this meant for Mullen earlier in the week, the majority opinion was that he did not need to drop either game, as his seat became warmer from an outside perspective. Now it looks as if this program is on life-support and the plug is about to be pulled. The offense tonight looked stagnant, even with Emory Jones passing for 261 yards. But when your leading rusher is the quarterback, and you only gain 48 yards outside of Jones, you know there’s a very big problem.

It wasn’t as if this Missouri defense was a world-beater, as they were ranked 129th in rushing defense, giving up 248 yards per game. This turned out to be one of those games where it was very obvious, even before the 4th quarter, that Dan Mullen was calling a pretty timid game. Well, it came back to bite them in the end, which we all should have saw coming, even when Florida took the lead early in the 4th quarter. Give all the credit to Missouri in how they were able to handle the Gators offensive output, as the defense looked to finally step up for a pivotal game.

To make matters worse, Missouri’s Eli Drinkwitz decided to troll Mullen by ending his press conference with a lightsaber in his hands and saying “May the force be with you.”

We’ve now gotten to the point where opposing coaches continue to troll the Florida head coach and that is not a good sign of where things stand as a program.

Dan Mullen was asked postgame if he wanted to be at Florida, as the head coach, and seemed to put things on a few missed plays, here and there.

“I love being the coach of the Gators. We are giving it everything we have, every single week.”

“You know, it’s pretty unfortunate, it’s a play here and there,” Mullen added. But the problem is that it’s not just a few plays, it’s the way this team approaches the game, which starts at the top. Mullen preached mental toughness during his postgame press conference, saying it starts at the top with the coaching staff. But then he kept discussing how they’ve lost seven straight games when it came down to one possession, so where is he really taking the blame for what is happening in Gainesville. 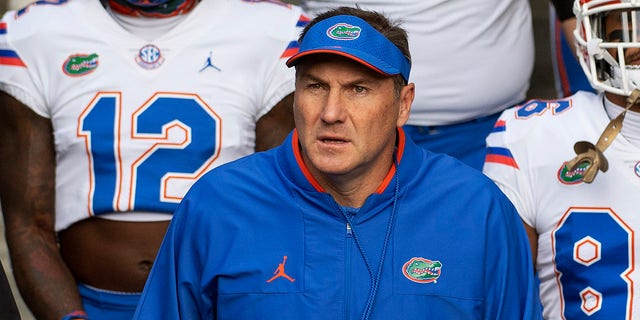 Florida head coach Dan Mullen walks with his team to the field prior to an NCAA college football game against Missouri, Saturday, Nov. 20, 2021, in Columbia, Mo.
(AP Photo/L.G. Patterson)

The Florida head coach was asked if he thought the fans have been unfair to this team, even turning on them. Mullen decided to bring up the fact that people are nice to him when he’s out and about walking around.

“They (fans) can do whatever they want. I’ll be perfectly honest with you, when I walk around everyone around us is very supportive.”

I don’t doubt folks are nice to the coach when he’s walking around Gainesville, so that really doesn’t do the quote any justice. But, the only team Florida will finish the 2021 season ranked higher than in the SEC will be Vanderbilt, so I guess any nice gesture shouldn’t be taken for granted.

Mullen can talk all he wants about wanting to be at Florida and why he thinks the games have ended so poorly, but he has now put that decision about remaining the head coach in his buddy Scott Stricklin’s hands. If he would’ve won these final two games, he probably wouldn’t have to worry about what he’s doing next season.

But now, Dan Mullen should be very worried about if he’ll be coaching the Gators come January, and he has nobody to blame but himself.