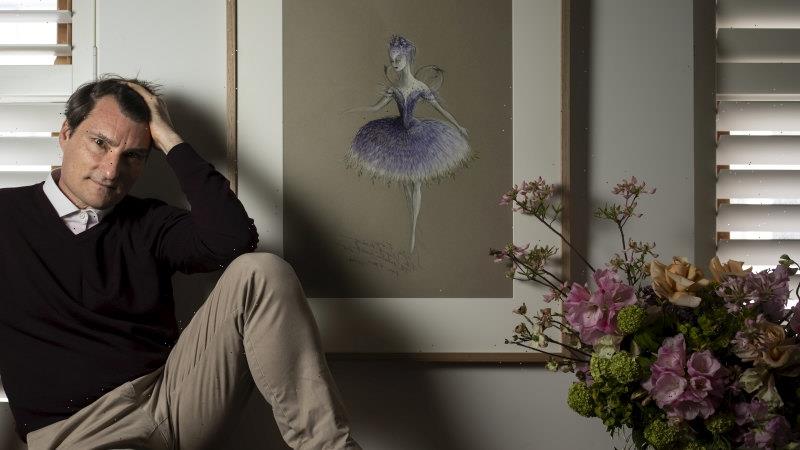 Legendary dancer and director David McAllister has been awarded one of the ballet world’s highest honours at a surprise gala event celebrating his nearly 40-year association with The Australian Ballet.

McAllister, who has just been succeeded by US star David Hallberg after 20 years as artistic director, was given the Queen Elizabeth II Coronation Award by the Royal Academy of Dance. 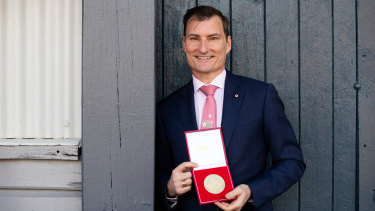 David McAllister after collecting his award on Wednesday. Credit:Janie Barrett

Past recipients of the annual award include Frederick Ashton, Rudolf Nureyev and Maina Gielgud.

“The RAD believes that David McAllister’s contribution to the international world of ballet is outstanding and that he is most definitely worthy of this prestigious award,” said RAD President Dame Darcey Bussell from her UK home.

The event, organised in Sydney by Friends of The Australian Ballet, was compered by McAllister’s close friend and former dance partner Liz Toohey.

“I think we have known each other 38 years now,” said Toohey before the lunch, which had been in the planning for some two years. “In the beginning of our relationship we were complete soulmates. We loved exactly the same things – even our taste in ballets – and the way we danced was incredibly similar. It’s been said about when we danced together than we had this perfect synchronicity and that was true.”

When he received the award, which has been kept a closely guarded secret among friends and colleagues, McAllister said winning the “incredibly coveted award” was “such an incredible surprise and honour”.

“It is the highest achievement in Ballet, and without the Royal Academy of Dance I would not be here today,” he said.

“This award has been given to such extraordinary people, and to join them is mind blowing. You don’t expect to receive such an award or recognition when you are lucky enough to do a job you love, with such incredibly talented people. I am incredibly touched and moved,” he added.

McAllister joined The Australian Ballet at just 19. By 25 he was appointed principal dancer and he became artistic director in 2001. 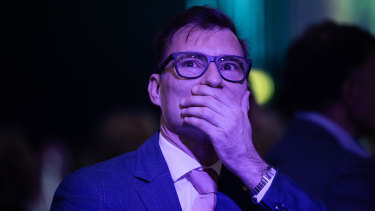 McAllister reacting to news of the Queen Elizabeth II Coronation Award, received for his career in ballet, on Wednesday. Credit:Janie Barrett 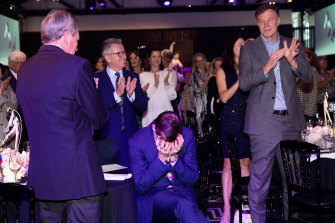 “I am incredibly touched and moved,” McAllister said. Credit:Janie Barrett

Born in Perth, some of the highlights of McAllister’s lengthy career include being invited to dance with the Bolshoi Ballet, the Kirov Ballet and the Georgian State Ballet. In 1992 he danced in Coppelia in front of the Princess of Wales.

“The legacy and the mark he has made on Australian Ballet can never be underestimated,” said Toohey. “I doubt we will ever again have someone who will come in from The Australian Ballet School and have a 20-year career. And then 20 years as artistic director. That is going to be extremely hard to replicate.”