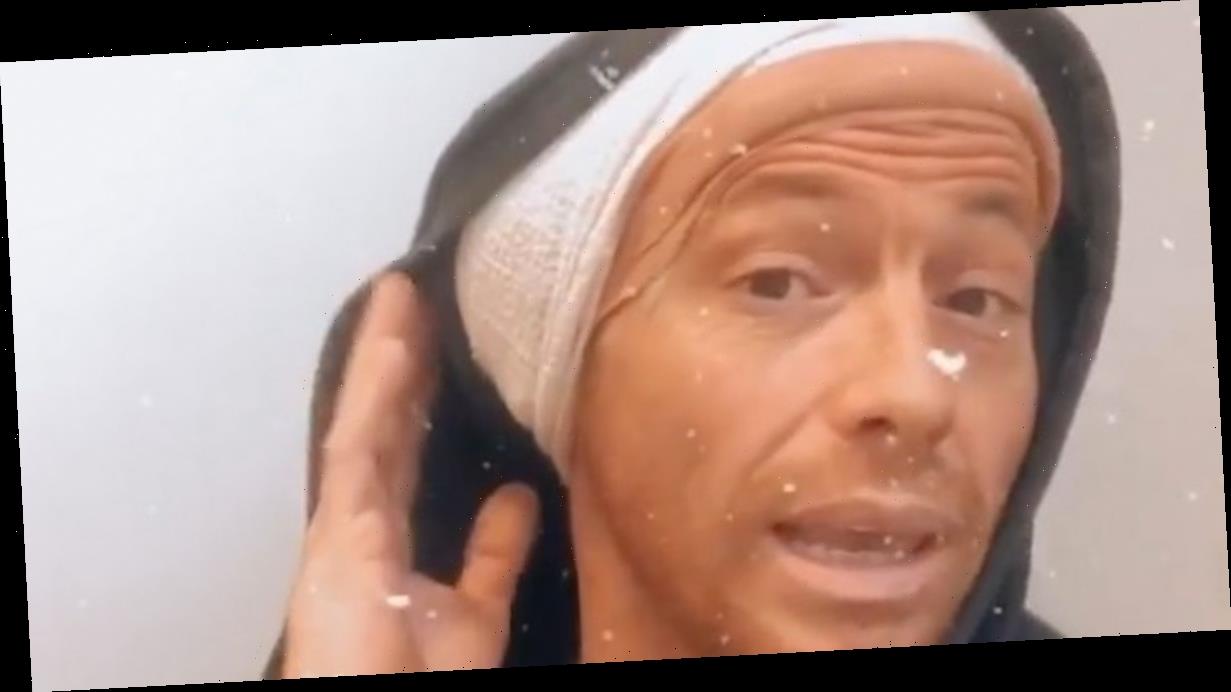 Dancing On Ice's Joe Swash had to frantically rush to the hospital for the second time today after suffering an horrific head injury.

The former Eastenders star took to social media, explaining he has undergone another operation to take away infected "goo" from his ear after suffering a blow from an ice skate.

Despite his head injury, it has been reported that Stacey Solomon's partner will be competing in Sunday night's final.

Joe explained: "I went to the hospital and my ear swelled up again and they had to drain it, which was honestly the worst feeling in the world.

"But the worst feeling in the world is that I think the bandage has actually got bigger."

Joe added that he will perform without the bandage after complaining to the doctors, saying: "I look like nun."

His second hospital dash comes 24-hours after he was admitted to A&E when his partner Alex Murphy accidentally kicked him in the ear while they were practicing his routine for this weekend's Dancing On Ice final.

Forced off the ice, he received an emergency operation after his wounded ear became infected.

Despite his injury, Joe was in lively spirits when discussing the injury on Friday's episode of This Morning.

He said: "They had to drain it again – it keeps filling up with liquid. It's too early, it's not very nice.

"But the good thing is he's going to let me take it off for Sunday. I did hear people going: 'Can get purple bandages?' I was like: 'No way.'"

Trying to see the funny side of her partner's infected gash, Stacy Solomon compared him to the Roman Catholic nun and missionary, Mother Teresa.

Sharing footage of Joe cuddling up to baby Rex wearing his headband, Stacey said: "Joe's home… or should I say Mother Teresa's back."

Dancing on Ice airs on ITV on Sunday at 6pm