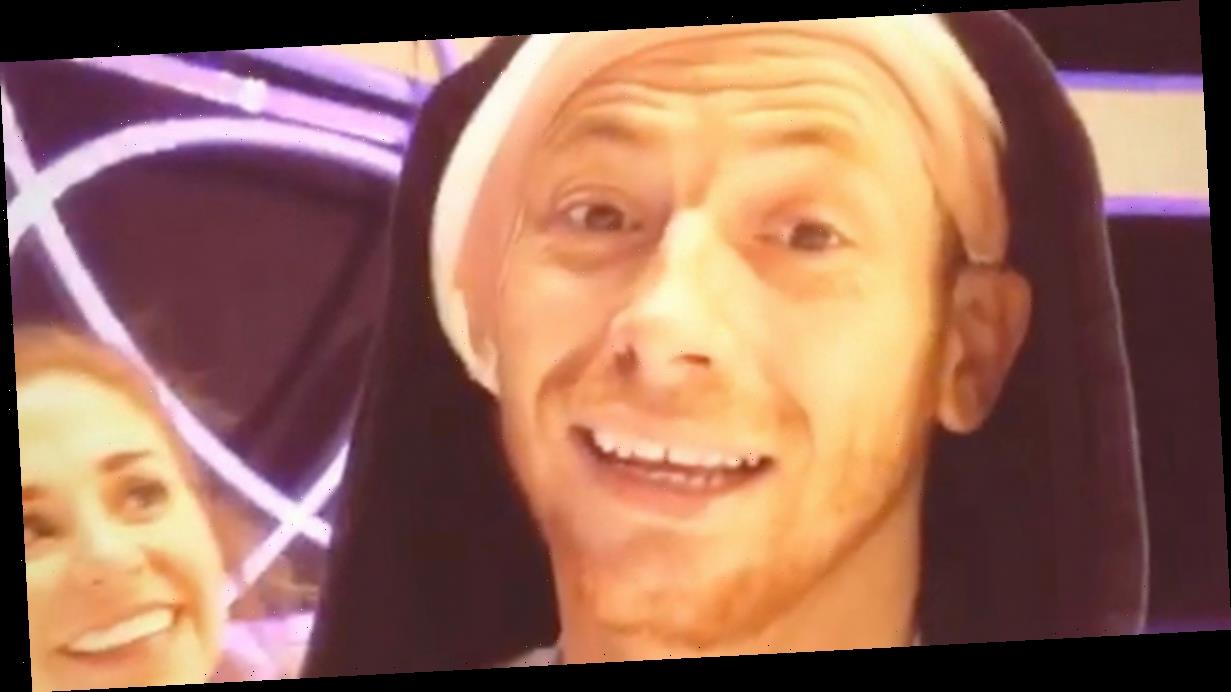 Joe Swash was rushed to hospital for an emergency operation after being kicked in the ear by his Dancing On Ice partner Alex Murphy.

The television star , 38, was practicing his routine for this weekend's Dancing On Ice final when the horrific injury forced him off the ice.

The star had to have the fluid drained from his ear in the hospital procedure, resulting in him donning a massive bandage around his head.

Joe took to his Instagram to explain the enormous bandage on his head.

He said: "I thought we'd get the elephant out of the room and talk about this stupid, ridiculous bandage on my head.

"So basically what happened was me and Al were doing disco dad and her skate kicked me in the ear which gave me cauliflower ear.

"Then it go infected which meant last night I had to get rushed to hospital and have an operation on it and cut it open and drain out all the gooey stuff."

The star continued: "The best thing is the doctor said I have to keep this on my head until Sunday so all week we're going to be doing the Bolero looking like this."

Stacey revealed she was worried the night that Joe got his injury, as he was hours late home from rehearsal with his phone switched off.

When he arrived back, she saw his giant bandage and went into hysterics at the sight of her love.

She wrote on her Instagram story: "I can't talk right now I'm actually crying (with laughter).

"Hope you've all had a lovely day.

"Joe is safe and well and still dancing he just had some sort of ear infection and it looks to me like they're being precautions."