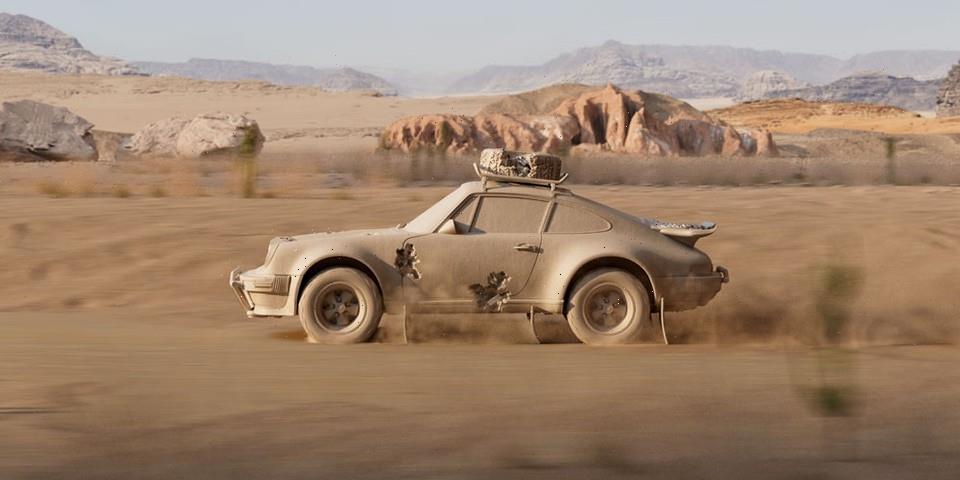 Contemporary artist Daniel Arsham is back in the digital world with his newest NFT collection.

Arsham is releasing his set of NFTs on Nifty Gateway, making it the first time minted CXIP pieces have made it on the platform. In his series of digital sculptures titled Eroding and Reforming Digital Car, Arsham is releasing three NFTs that continue Arsham’s conversation of decaying and fossilizing modern objects. Each NFT will be going through its erosion cycle which is based on a particular race time in which the digital piece will then reform the designated time allotment.

The first one released depicts the artist’s artistic perspective of how a 930 Safari Sculpture is expected to erode over time. Only 150 pieces will be minted and after the first 30 minutes of the NFT’s release winners will be selected to own the NFT. The 930 Turbo Safari is expected to complete its erosion cycle after every 9 hours and 13 minutes. After that, the release opens up to the public once again for others to try their hand at winning the piece. The second piece is limited to 200. However, in order for fans to have access, they must already own one of his previous NFTs in their Nifty Gateway wallet. The third NFT has yet to be revealed.

CXIP DAO is expected to have the world’s largest coalition of NFT creators. CXIP’s advisory council consists of leading artists such as its chief brand officer Daniel Arsham, as well as Pharrell Williams, Jen Stark, Chad Knight and Justin Aversano. Daniel Arsham’s NFTs will be listed on Nifty Gateway starting on December 22 at 7 p.m. EST.

In other NFT news, Christie’s has sold $150 million USD worth of NFTs in 2021.
Source: Read Full Article

How to fix a tunnelled candle with aluminium foil