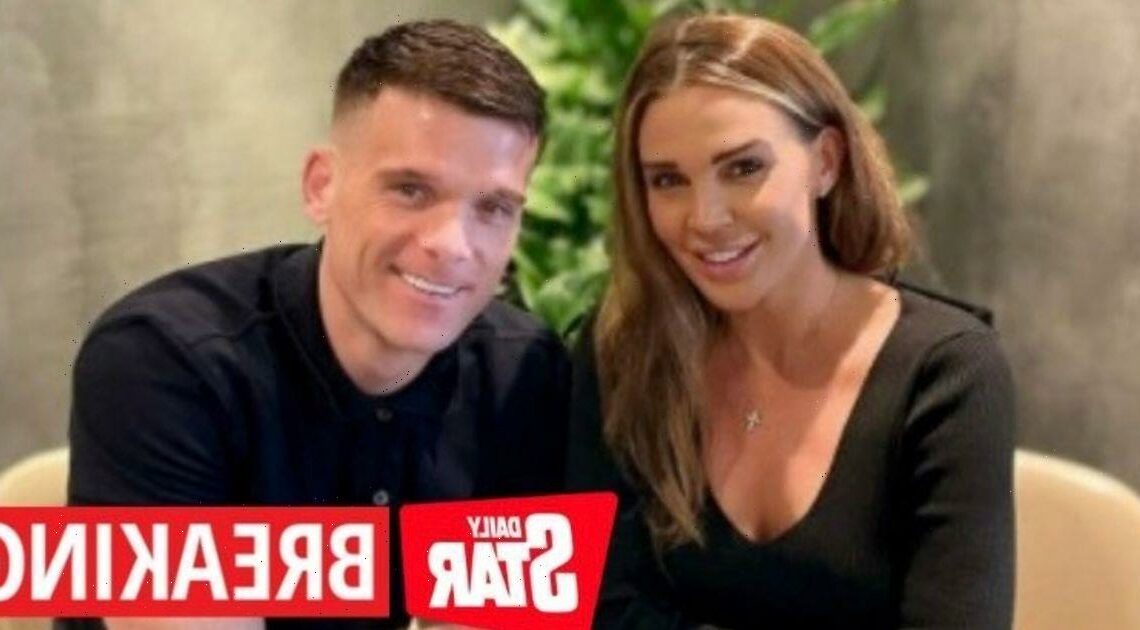 Danielle Lloyd has given birth to a baby girl.

She told OK! magazine: "Friday we welcomed our beautiful baby girl to complete our family.

"We are all over the moon and both mummy & baby are doing well."

The 37-year-old reality star is already mum to Archie, 10, Harry, nine, and George, seven, who she shares with ex Jamie O’Hara, and Ronnie, three, with her husband Michael O'Neill.

Danielle admitted she burst into tears when she was told she was carrying her first daughter.

"I’m over the moon. I can’t really believe it, to be honest," Danielle told OK! magazine. "I don’t think it will feel real until she arrives."

"We booked a private gender scan and I had such bad anxiety in the run-up. I’ve been through it four times and each time they’ve said it was a boy, so I was expecting them to say 'boy' again.

"I videoed the whole thing and the doctor went on about the measurements and other things, and you can hear me going, 'Can you just bloody tell me?!'"

The former Celebrity Big Brother star said she burst into tears when the doctor eventually shared the happy news.

"I felt sick. I couldn’t breathe on the way there," Danielle said. "It was excitement, nerves, everything. And then he handed Michael a bit of paper, which said, 'It’s 99% a baby girl.'

"I burst into tears straight away, I just couldn’t believe it."

When she announced she was expecting her fifth child last month, the mum admitted she was desperate for a daughter.

Speaking to Closer, Danielle revealed: "Having five boys would be totally mad!

"But, of course, the main thing I want is for the baby to be healthy. And if it’s not a girl – we’ll just try again after!"

Danielle met husband Michael at a gym when he reportedly told the former glamour model how she could do her squat exercises better.

Their relationship got serious pretty quickly and he proposed to her on Valentine's Day 2016 – after just six months of dating.

He shuns the limelight and stardom but will defend his darling fianceé's reputation when needed.

However, her title was reinstated in 2010.

She appeared on Celebrity Big Brother in 2007 and won the celebrity edition of The Weakest Link in 2008.