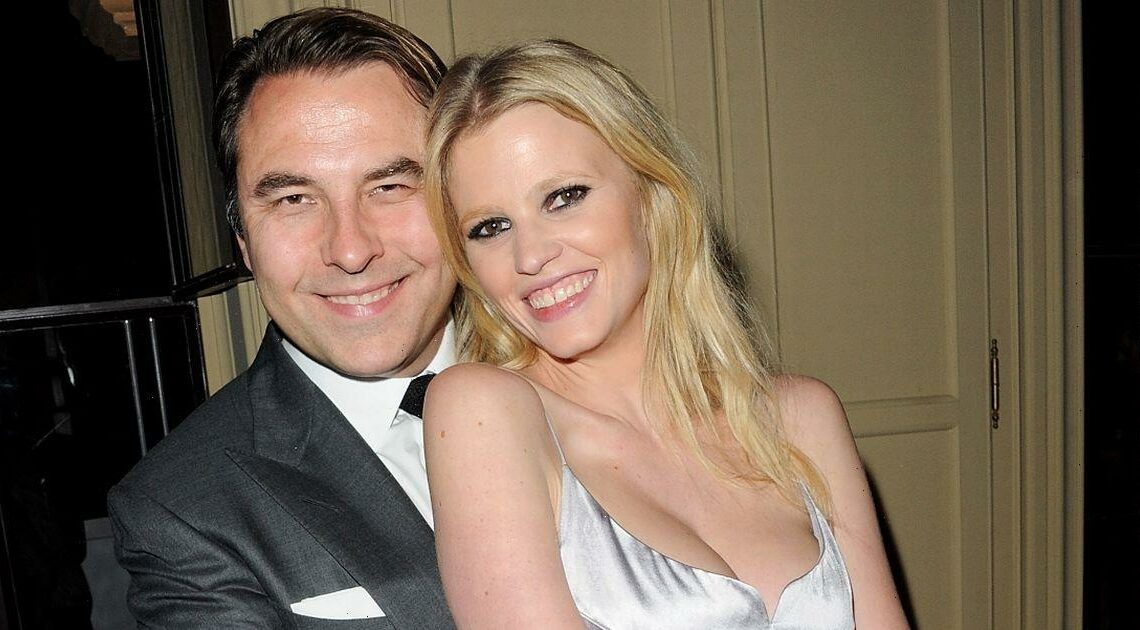 Britain's Got Talent judge David Walliams has been linked to a number of women over the years as various reports suggested he has chatted to women across brief stints since his split in 2015.

Most recently it seems David has rekindled with a former flame from the noughties as Keeley Hazell, 34, joined him at Ant McPartlin's wedding to Anne-Marie Corbett.

Keeley isn't the only woman that David has been linked to in recent years, with the likes of Geri Halliwell, Chloe Ayling and Ashley Roberts all reportedly chatting to him at one point.

As he turns 50, Daily Star Online has dived into the depths of David's love life, from his loving marriage to his brief flings.

David Walliams revealed in his book in 2006 that he had his heart shattered by a woman he only named as 'Miss X', but his plans to keep her a secret didn't last too long.

As more people put the pieces together, Lisa confessed that she was the mystery woman in an interview with The Sun, telling the publication: "Yes, it's me. I'm Miss X. I was hoping no one would realise. David and I are great friends and he's such an amazing bloke, but there is no romance."

The pair gave things a go in 2005, but Lisa soon decided it wasn't meant to be and called time on her romance with David.

Geri Halliwell and David Walliams dated when the pair were aged 35 and 36 respectively as they became very cosy in 2007.

The duo were building on their friendship and getting closer and closer as their romance remained a secret, but once the secret came out, it all came crashing down.

They reportedly only dated for six weeks as their private bubble burst, but they remained close friends in the years that followed.

At the time, a source told The Mirror that Geri "can't stop smiling" after the couple began secretly dating.

David dated lingerie model Lauren Budd, who was 18 at the time, in 2009 after the pair grew close, but their romance wasn't to last.

On a trip to New York three months into their relationship, the couple decided to call it a day after their whirlwind romance.

At the time Lauren praised David for being a "complete gentleman" and said the pair were having a "very innocent time", adding that they had shared a "friendly kiss".

Despite splitting three months after their romance started, 2009 ended up being a great year for David.

Lara and David met in 2009 and went on to have an incredible whirlwind romance as David popped the question in the following January.

The pair married in 2010 in front of their friends and family at Claridge's Hotel in London and the pair were over the moon as they built on their relationship.

In late 2012 the pair announced they were having a baby who was born the following year in 2013, all seemed well for the couple as they basked in their little family.

However in 2015 they announced their split and went their separate ways.

After it was reported that model Chloe Ayling has been kidnapped and returned home, David reached out to her and the pair planned to meet.

A source told The Sun that he was "intrigued" by her story and took a "shine to her", but their fling wasn't to last.

After David first reached out to Chloe in 2017 the beauty headed into the Celebrity Big Brother house the following summer.

In early 2020, it was reported that David once again tried to find love as he was said to be getting close with Britain's Got Talent stylist Lou Teasdale.

Their relationship didn't last, with the pair just entering the dating stage before they realised it wasn't meant to be.

Ultimately they called time on their romance after a short stint.

David remained open to finding love as he reportedly started talking to Ashley Roberts and sent her flirty messages during the start of the pandemic.

A source told The Sun: "He thinks she's gorgeous. He's sent a couple of flirty messages and hopes to take her out once lockdown is over."

However it looks like their date didn't quite go ahead, but it seems David has reunited with an old flame instead.

David was said to have been one of Keeley's biggest admirers back in 2007 when she first tried to launch her acting career and the pair were incredibly close.

In the years that followed they have stayed in touch, and although they haven't confirmed any romance between the two, Keeley was by David's side at Ant McPartlin's wedding to Anne-Marie Corbett.

The couple looked like quite the pairing as they looked incredibly well-suited on the day, with Keeley opting for a stunning red dress while David donned a pale suit.

David is yet to confirm any official romance since his split from Lara, though he hasn't given up on his journey to find love.